There are soo many things like fun to catch up with when having a drink of Mexican beer; of which one of them thus is to make Michelada with it. This drink is, however, served in a glass of lime juice, salt, and spices mixed together. We will, however, look into the fun of having a Mexican beer as a drink you can enjoy having; even with your friends. Amongst all, we will at the same time be looking at the best beer Mexican brands, list, the imported Mexican brands, Heineken brands,

What Are The Mexican Beer Brands?

Mexican beer is among the most unusual beer brands you will want to drink, but that does not mean it does not taste anything good. There is every possibility of tasting other brands of this Mexican beer if you have tasted one because the taste will make you want more of it including others. It is fun and refreshing, You feel great when you take it, especially in the company of your friends. Below are the brands of Mexican beer:

Corona is thus easy to find and remarkable in its uniquely clear bottle. It also has a light taste that does not have any undeserved flavors, and it is original when it is served ice-cold, and a drive of lime into the bottle. If you just want a classic brand of Mexican beer you can also take in, under any weather; Corona is thus an ever-reliable option. It is also said to be Arguably Mexico’s most famous beer.

Among the brands of Mexican beer, Pacifico beer is, however, an original one that has been in establishment for over 100 years now; in the city of Mazatlán on the Pacific coast. It thus has a light golden color and enough carbonation to make it feel lively in the mouth. It also has a good aroma and smells like a regular pale lager. The taste is then what you would expect from the nose; it has slightly more depth to its flavor profile than a Corona, making this a popular beer among those who find Corona too bland.

La Lupulosa is an American IPA-style beer stuffed full of delicious American hops from Tijuana-based craft brewers Insurgente. It also has a yellow-amber color and pours with a slight haze along with a frothy head that does not dissipate quickly. This is thus a well-balanced IPA, with a malty sweetness counteracting the bitterness from the hops. It also has some citrus elements, and the aftertaste is pleasantly bitter. It is an equally exceptional beer from one of Mexico’s top craft breweries and one to seek out if you have had your fill of generic pale lagers.

This imperial IPA is conversely with a potent alcoholic kick of 8.5%, this beer is from craft brewers Texcoco. The color is generally a rich gold, and it pours with a slight hint of cloudiness. However in perceiving the aroma, like, pine, fruit, and bread are smelled in it. On tasting, you will find the flavor profile packed with even more fruit along with some hints of spice and yeast. the alcohol is not strong in the nose or in the taste.

This beer is, however, among the best brands of Mexican beer. There is also plenty of carbonation, making it lively and refreshing to drink. In the glass, it equally has an attractive golden color and produces a light head that doesn’t stay for long. Strong tastes around it, however, include corn and malt. There’s a sweetness to this beer, but it is carefully balanced by the right note of bitterness, making it easy to drink and ideal for moments.

Sol is another famous Mexican beer. It’s a light-colored brew with a delicate flavor that is similar in many ways to a Corona. If you take a trip to Mexico, this is a beer you should probably try. If you haven’t tasted it, you probably will at some point or other. Like Corona, it’s always best enjoyed with a piece of lemon pushed into the bottle.

This is a Mexican take on the Vienna lager style that pours with a dark amber color and produces a head that tends to linger for a while before dissipating. Moreover, it has relatively strong carbonation, making it lively and refreshing to drink.

As you can guess from looking at it, the nose and taste both display a certain amount of malty sweetness, and although some people might call it slightly bland, it goes down very easily. It is rated at only 4.1% ABV, which is not a strong beer, so it is one beer you will definitely enjoy. This brand is one you don’t have to feel guilty about if you feel like enjoying more than just one.

This beer concurrently ranges from light and refreshing to rich and full-bodied, all Mexican beers have a unique flavor. Here is a short taste but profile of a few of our favorite imported Mexican beer brands:

This brand is named after the small city near Tijuana where it is brewed. Tecate, on the other hand, is pale with a smooth yet bitter taste. The sweet malt taste, however, combines with a low hop bitterness to create a light and refreshing flavor. Tecate tastes best

when served ice cold with lime. Lastly, do not forget it is among the imported Mexican brands

Firstly, the “Double X” lager, found in the green bottle, and the Vienna style larger, are the two popular varieties; this beer is also made by a German man called “Dos Equis”. This beer is a crisp, light-bodied malt-flavored beer with a well-balanced finish. According to the brewery, thus, it is “a beer with brawn from Germany, swagger from Mexico, and the finest North American pale and roasted malts”.

Originally brewed in Mexico in 1925, this beer did not reach the United States until the 1990s, but is now the #2 imported beer among the brands of Mexican imported brands. It is thus made with filtered water, malted barley, hops, corn, and yeast, Modelo Especial is a rich and full-flavored pilsner with a sweet crisp finish.

Pacifico was founded in 1900 but was not exported to the United States until 1985. This cool beer is therefore among the imported Mexican beer brands; and also easy to drink and it downs well with the difference and mixture of foods, in particular many seafood dishes. It is also one of the brands of Mexican beer that was imported.

Among the imported Mexican beer brands, brewed and bottled in Mexico in 1925, Corona Extra thus became the fastest growing imported beer in the United States after its introduction in 1981. The balance between European imports and light domestic flavors finally is what gives this beer its uniquely smooth taste. Corona is the #1 selling imported beer in the United States and the #5 selling beer overall.

Above are the imported Mexican beer brands ever, I hope you are cleared on it? Now, let us look at the best Mexican beer in this recent date.

There are many Mexican beers that are generally great in taste and recommended for parties.

Negra Modelo was firstly brewed by Austrian expatriates in Mexico. It is stronger than other Mexican beers due to its 5.4% alcoholic content. This best-selling dark beer in Mexico is thus not heavy and also has the right combination of Galena hops, caramel, and black malts.

It takes longer than average to brew. Negra Modelo also has a bitter-sweet taste. The slight bitterness of hops balances with the sweetness of fruits and nuts. It is still categorized as a sweet beer.

Victoria is therefore one of the oldest beer brands by Grupo Modelo. Its flavor and aroma, however, depict its association with Austrian pilsner styles. The alcoholic content thus is 4.0% and has a slightly bitter taste. Its also made from yeast, hops, corn and black malt, which give it a beautiful golden amber color. It has a medium body and is preferred by many people due to its light body.

The Mexican beer Pacifico similarly gets its name from Cerveceria del Pacifico. This is also where it was first brewed by Germans. In addition, it has become one of the most exported beers on the West Coast. It likewise has a pale color and mild sweetness. On the other hand, Its alcoholic content is only 4.5%, which makes it quite appropriate for day drinking. It is also a bright and refreshing beer and can be served with lime and is best paired with fish.

Dos Equis was equally the invention of a German ex-pat, Wilhelm Hasse. It is also like a German Oktoberfest. When it comes to Dos Equis, you have two options— amber and Clara (green bottle). This beer however has a 4.7% alcoholic content. It also has a refreshing and sharp taste. Lastly, the full-bodied beer offers a caramel blend.

Bohemia Oscura is thus a bock-style beer, which has 5.3% alcoholic content. It was then first brewed by some German immigrants. It also has a wonderful blend of caramel and black malts; and also has a unique taste and light bitterness to it because of the addition of hops. The aroma of Bohemia Oscura is generally pleasant with hints of sweetness from the grain. The beer is also pale in color and has medium-light carbonation. It is also known as one of the finest beers in the world.

Modelo Especial was thus first brewed in 1925 and is the second most famous beer in Mexico. It is, however, Grupo Modelo’s third most selling beer in the US. This Pilsner-style beer is rich with flavor and has a cool and also balanced taste. Thus its refreshing Modelo Especial has a touch of light hop and has an orange blossom honey aroma. It is also very pale in color and has a citrusy and herbal hint to it. It also has a 4.5 % alcohol content.

Dos Equis Amber is a Vienna-style lager that is a blend of dark rum, hazelnut, and a touch of vanilla. It is thus a reddish-gold color and is a full-bodied lager. This Mexican lager is, however, a blend of caramel, brown sugar, and malt and has hints of spices and fruits.

Carta Blanca is therefore a well-known Mexican beer in the world. It also has achieved many rewards and recognitions in various beer exhibitions. The golden color lager thus has a 4.5% alcoholic content. Carta thus has a very balanced flavor and contains high-quality ingredients. It is also Cervecería Cuauhtémoc’s first premium beer. It is thus very light and has a smooth, refreshing crisp.

Heineken was founded in 1864 by Gerard Adriaan Heineken, who purchased and renamed Amsterdam’s De Hooiberg brewery, in operation since 1592. It is also a Dutch and its subsidiaries are Mexican, Jamaican, Haitian, Italian, English, Irish, Belgian, American, and, as of recently, Ecuadorian. He also produces non- and low-alcohol beer brands Buckler and Sagres.  Although its production method yields trace amounts of tequila, the brand is technically classified as a malt beverage. It is also available in a variety of flavors, including Original, Lime, Ginger, and Nocturno.

Heineken is a type of Mexican beer brand, it is also a large Dutch brewing company founded in 1864. It has grown to become one of the largest beer companies Heineken as a Mexican beer production in the world, with more than 170 beer brands and 165 breweries.

What is the most popular beer in Mexico?

There is popular Mexican beers which are: 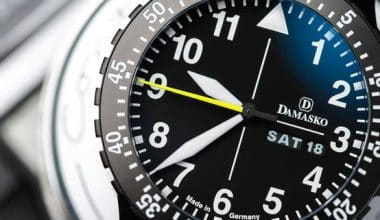 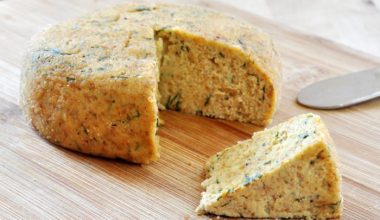 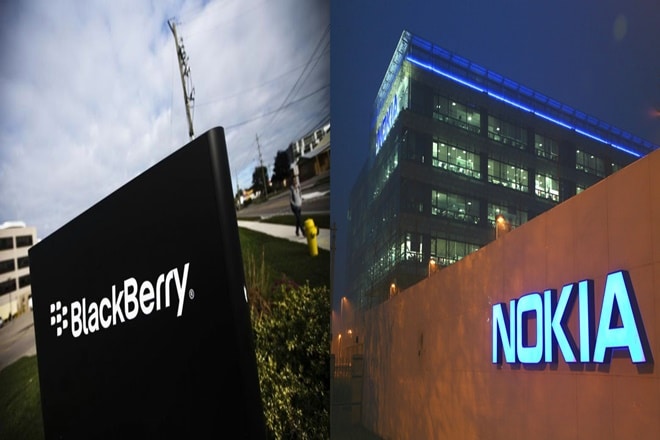 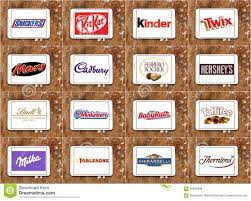