The “pink tax” refers to the price difference between products and services marketed to women and men that are of equivalent quality but sold at a higher price point to women alone. This is frequently seen in price differences in products’ care, wear, dry cleaning, etc. This article will provide several examples of “pink tax” as well as explain whether it is real or not.

The extra cost that women are charged for some goods or services targeted exclusively at them is called the “pink tax.” Although both sexes use certain generic products, those targeted toward women are more expensive. The “pink tax” makes it more expensive for women to purchase comparable and identical goods and services that men use.

How the Pink Tax Works

When a business produces or sells a product like a razor, deodorant, or shampoo for ladies, they may decide to charge a little bit more for it. The differences between these products and similar male-oriented ones are typically extremely slight. It can just be the color or the layout of the box. The pink tax raises the cost of purchasing items that women require to live their daily lives.

Certain service providers are required to submit price lists for standard services as part of the initiative. And they are also informed that state law forbids gender-based pricing discrimination. Businesses may face civil penalties if they break the law. Given that the Pink Tax Repeal Act has supporters and that certain states, like New York, have abolished the pink tax, there is a chance that the pink tax will someday be outlawed nationwide.

The Pink Tax and Tariffs

The price of retail tariffs is a less well-known factor that affects gender-based pricing. The federal government imposes tariffs, which are levies, on goods brought into the country. Because businesses boost the price of their goods to cover import taxes, consumers in the United States bear the burden of these tariffs. Some things that on the surface appear to be gender-neutral, such as leather boots and cotton blouses, have female variants that are subject to higher tariffs than their equivalent male counterparts. The tariffs on some goods, such as men’s bathing suits, are greater than those on women’s bathing suits.

Due to the impact of tariffs on retail pricing, it is difficult to exclusively blame manufacturers. Gender-based pricing disparities are observed in retailers across the country. However, tariffs alone do not entirely explain or justify the presence of the pink tax. This is because gender-based pricing is pervasive not only in the case of retail goods but also in regular services.

Women don’t just have to pay more for items. If you’re a woman, many services, like dry cleaning and auto maintenance, can cost you extra.

The Pink Tax was outlawed in New York State in October 2020 when it became unlawful to charge more for goods that are “essentially comparable” but are promoted to different genders. The state intends to enforce this by requesting price lists from specific service providers “upon request.” It has only been a few months since this prohibition went into effect, so it is still unclear how effectively New York will enforce it.

The gender pay disparity makes it more difficult for many women to afford the additional costs brought on by the pink tax.

Women need to develop a budget that works for them and look for ways to reduce the additional costs brought on by the Pink Tax because they typically earn less money and have higher production costs.

How to Avoid Buying Pink

Calling out companies who continue to use a system of discriminatory gender-based pricing is the only effective approach to stop the Pink Tax.

Also, keep an eye out for businesses that claim to be “Pink Tax-Free” or provide services to both sexes.

Comparison shopping when you can is the simplest method to avoid the pink tax. Examine the “men’s” variations of shampoo, razors, and other personal care items. Look through men’s essentials like t-shirts, button-up shirts, and socks; odds are you’ll pay less for items of comparable or higher quality.

Last but not least, you can help abolish the Pink Tax permanently by getting in touch with your local representative and protesting unfair pricing.

Is the Pink Tax Real?

Women’s prices were on average 7% higher, according to a New York City Department of Consumer Affairs research that looked at gender pricing in 794 comparable products. In an earlier study, the state of California calculated the expenditures and discovered that women paid about $1400 annually on additional costs and fees, which is roughly $2,100 in today’s money.

The Balance recently did its own research and discovered that personal care items for women often cost 12.7 percent more. It is obvious that pink tax prices have not changed substantially.

The Pink Tax Began When?

The “pink tax” has been in place for many years. The California Assembly Office of Research found in 1994 that it cost more to have a woman’s blouse washed and dry-cleaned than a man’s button-up shirt.

Let’s look at some instances and market segments since we have seen that the pink tax is real.

Let’s examine some pink tax examples and the industries that are the worst offenders.

Personal care products can be number one in these examples of a pink tax. The hygiene aisle, specifically for personal care items like shampoo, soap, etc. This is where you’re most likely to see explicit gender pricing. Despite the fact that some things are the same regardless of gender, there are price discrepancies.

It can be a little more challenging to compare adult apparel because certain manufacturers may not provide gender-neutral options.

Additionally, prices can vary somewhat based on the materials used and the variety of sizes and cuts they yield. This can also vary depending on the level of fabric waste during manufacture.

However, after investigating these variables, DCA researchers came to the conclusion that the manufacturing cost represents a very small portion of the final retail price. Women may spend up to 13% more for comparable apparel, purely because retailers know they can charge more.

When women sounded educated about their cars, there was a smaller effect in the auto repair study. Therefore, it could be beneficial to brush up on vocabulary or crowdsource opinions from discussion groups like MechanicAdvice on Reddit.

Sadly, our examples of the pink tax also involve insurance. Prior to the ACA’s passage, women paid 1.5 times as much for health insurance as men did. Despite the fact that their plans often did not include extra benefits like maternity care.

Although gender grading is currently prohibited by the Affordable Care Act, it is still something to be aware of when proposed changes to the healthcare laws are made so you may make an informed decision about what to support.

Products for adults are not exempt from the pink tax examples. According to the DCA survey, toys and baby supplies for females are constantly more expensive than those for boys.

Women may also find it more expensive to get about town. Northwestern University researchers discovered that men who were likewise unsure of the expense of a radiator replacement were given lower quotes than women who were.

In order to avoid harassment, women who commute mostly by public transit are likely to spend an additional $26 to $50 per month on other forms of transportation.

The lady can spend up to $100 a month in addition to her regular travel expenses. This is if she is a mother of several kids or takes care of elderly relatives.

Where Does the Pink Tax Apply?

This is prevalent both domestically and abroad, both in stores and online. Even in your own house. Bravely Go’s Kara Perez is a woman working in a largely male industry. She has to spend time on her looks in the morning when a man could be sleeping, practicing meditation, or getting to work early.

What Is the Pink Tax’s Annual Cost to Women?

A markup of 13 percent might not seem like much, but when it applies to practically everything you buy, it adds up. According to a 1994 California survey, women spend an extra $1,351 a year on goods and services targeted at them. [16] With today’s inflation, that amount would be more than $2,300 a year. That amounts to nearly $200 a month that a woman is unable to put toward retirement investments, debt repayment, or savings.

What Is the Pink Tax in America?

The Pink Tax was outlawed in New York State in October 2020 when it became unlawful to charge more for goods that are “essentially comparable” but are promoted to different genders. The state intends to enforce this by requesting price lists from specific service providers “upon request.”

Why Is Pink Tax a Problem?

The income disparity between men and women is increased by the pink tax. It is also suggested that the fact that males have greater purchasing power in the economy than females do because men spend more on goods and services targeted at women despite the fact that women earn less than men.

How Do You Avoid the Pink Tax?

Comparison shopping when you can is the simplest method to avoid the pink tax. Examine the “men’s” variations of shampoo, razors, and other personal care items. Look through men’s essentials like t-shirts, button-up shirts, and socks; odds are you’ll pay less for items of comparable or higher quality.

What Is an Example of a Pink Tax?

Products for adults are not exempt from the pink tax examples. According to the DCA survey, toys and baby supplies for females are constantly more expensive than those for boys.

New legislation in California will make it illegal to charge more for products that are aimed at a specific gender beginning on January 1, 2023.

Read More
WWomen in business
Table of Contents Hide Introduction – What are the Best Work from Home Jobs for Moms?Benefits of Working… 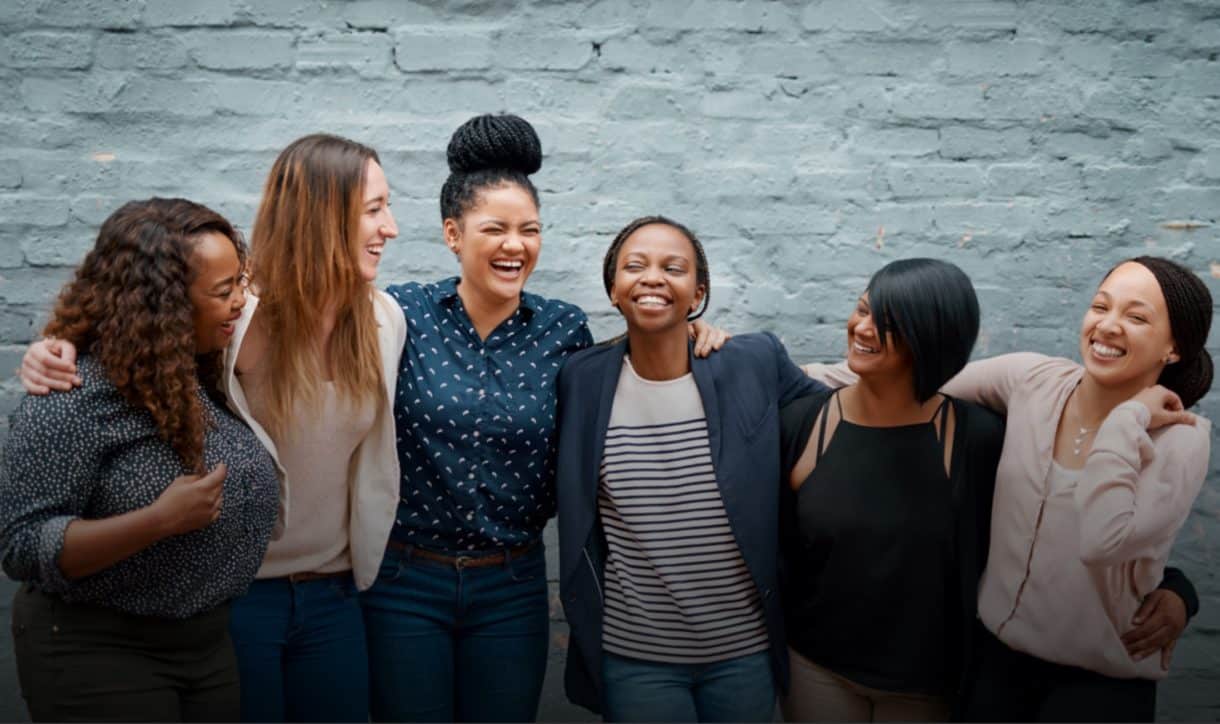 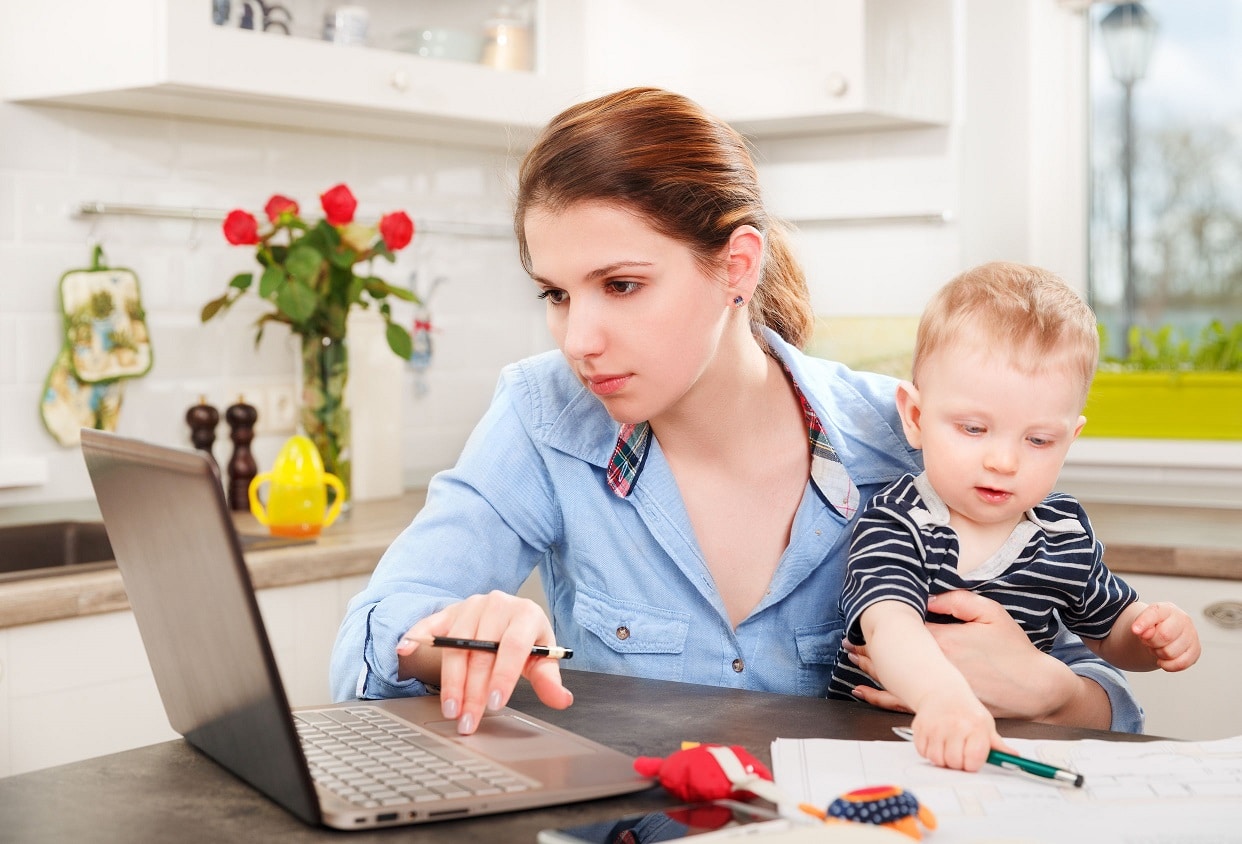