Home SITE TO SITE VPN: Meaning, Types, and How to Use It
TTechnology

SITE TO SITE VPN: Meaning, Types, and How to Use It

Site-to-site virtual private networks (VPNs) are a type of virtual private network that encrypts data between two sites without requiring client software or login information on the connected devices. Due to the unique situation we are in, a large number of businesses worldwide heavily rely on site-to-site VPNs. As a result, companies are determining the degree of security requirements for their organization.

There Are Different VPN Types

Yes, they all have different purposes and are all implemented in accordance with a company’s needs. There following are the three possible types of VPNs:

How to Site to Site Vpn

AWS Site-to-Site VPN is a fully managed option that creates a secure link between your data center or branch office and your AWS resources using IP Security (IPSec) tunnels. Using a Site-to-Site virtual private network, you can connect to your Amazon Virtual Private Cloud (VPC) and the AWS Transit Gateway, and two tunnels are used for each connection to boost redundancy.

Even greater performance for globally distributed applications is provided by the Accelerated Site-to-Site virtual private network option, which collaborates with AWS Global Accelerator to dynamically route your traffic to the closest AWS network endpoint with the best speed.

AWS Site-to-Site VPN offers high availability by using two tunnels across different Availability Zones inside the AWS global network. While the second tunnel can be used for redundancy so that traffic can still flow even if one tunnel is unavailable, the first tunnel can be utilized to stream primary traffic.

AWS Site-to-Site VPN interacts with Amazon Cloud Watch to monitor the dependability and performance of your virtual private network connections and give you visibility into the state of your local and remote networks.

A site-to-site VPN gateway connection is used to connect your on-premises network to an Azure virtual network utilizing an IPsec/IKE (IKEv1 or IKEv2) VPN tunnel. For this to work, there’s a need for an on-site virtual private network device that has been assigned a public IP address that can be seen from the outside is necessary for this type of connection.

Depending on the VPN equipment you have, you might also be able to download a device configuration script. For further information, see Download VPN device setup scripts. Click on the links below for additional configuration information:

What do you need for a site-to-site VPN?

What are the types of site-to-site VPN?

When should I use a site-to-site VPN?

How does a site-to-site VPN Work?

This is accomplished through a site-to-site Virtual Private Network, which establishes an encrypted connection between virtual private network gateways at each of these locations.

What are the risks of using a VPN?

Which are the two main types of site-to-site VPN?

What is a Site-to-Site VPN?

Site to Site When using a VPN tunnel, traffic is encrypted at one end and sent over the open Internet to the other site, where it is decrypted and forwarded to its final destination.

What is the difference between a VPN and a Site-to-Site VPN?

Remote users can connect to a business network from any location using a remote access VPN. Meanwhile, a site-to-site VPN links different networks together.

Is IPsec and site-to-site VPN the same?

The site to Site An encrypted link between workplaces, or “sites,” is created through a VPN, a continuous connection. Normally, networking hardware is connected to one another using an IPsec network connection.

Can OpenVPN do site-to-site?

You can transparently bridge two sites together using an OpenVPN gateway client by configuring OpenVPN Access Server in a site-to-site bridging configuration.

Every company needs a VPN. This is because a virtual private network allows users to send and receive encrypted data between remote sites without the need to share personal information or install special software o the devices.

What is needed for a site-to-site VPN?

A VPN gateway (router, firewall, VPN concentrator, or security appliance), such as the Cisco Adaptive Security Appliance (ASA), is necessary at both sites in order to set up an internet-based site-to-site VPN between them.

What is needed for a site-to-site VPN?

UNIVERSITY OF ALABAMA LOGO: Why Is Alabama's Mascot an Elephant 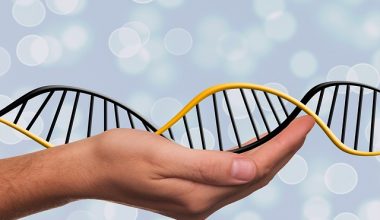