What do you think about enlisting your spouse’s name on the ownership deed as a co-owner, having the same rights to a property you just purchased as you do? If protecting your spouse’s interests is your goal, it shouldn’t be a problem. Property ownership comes in various forms and every one of them has distinct features. For couples, tenancy in its entirety vs. community property is the most common form of ownership, but then, some couples will insist on a joint tenancy. Whichever one you decide to settle for, ensure your spouse’s interest is not at stake. If you are wondering what tenancy in its entirety is, its benefits, disadvantages, and whether it’s suitable for you and your spouse, then, this post is for you.

Sam and Beverly are a married couple deciding to buy a house two years after their marriage. They both used their inheritance to purchase the house, and it was registered under joint tenancy. This means both had equal rights to the house as well as the right of survivorship. Three years down the line, Sam got into bad debt and the creditors are raining brimstone in demand for their money. Unknown to Beverly, her husband used their house as collateral for the loan he received from a lending firm.

When the situation became unbearable, the house was seized, and there was nothing Beverly could do to save her home, even as a part-owner. She ran into Emily, a childhood friend, and after narrating her ordeal, Emily wished she held the house in a tenancy in entirety rather than a joint tenancy. That was when she realized that, despite contributing 55% of the money used in buying the house, tenancy in its entirety was a better option for married couples.

What is Tenancy in Entirety?

Critical Features Of Tenancy in Entirety

Under unity of possession, both spouses have joint ownership and control of the property in question. This means major decisions on the property must be taken by the two owners.

There is no superior interest in the property held by one spouse over the other.

The deed has the names of both spouses. This means the transfer of ownership is usually in both spouses’ names.

Both spouses must simultaneously acquire title to the property.

Although few states accept partnerships that will subsequently lead to marriage, most states only accept married couples under tenancy by the entirety. This means the ownership of an existing property can change to TBE once the marriage takes place.

Benefits and Disadvantages of Tenancy in Entirety

Like every other form of property ownership, tenancy in its entirety has its pros and cons. Let’s highlight some of them below.

The following are the main benefits of ownership in its entirety.


In terms of liability protection, this is the major reason why couples choose this form of ownership. A spouse’s debt doesn’t affect the other, and therefore, there’s no claim on the house. The wife, as co-owner, receives protection against her husband’s creditors if he defaults on his debt.

When a spouse dies, their property rights are automatically transferred to the other spouse. This terminates the entirety of ownership and results in a tenancy in severalty.

This form of ownership conveys equal rights to the couple regardless of who foots the bill. This means that, without the consent of the other spouse, one spouse cannot sell or transfer the property.

Disadvantages of Tenancy in its Entirety

Tenancy by the totality has a lot of benefits, but it can also occasionally lead to issues. The following are the disadvantages of tenancy in its entirety:

#1. Not Available in Every State

One of the disadvantages of tenancy in its entirety is that it isn’t available in every state in the U.S. For instance, California law recognizes community property for couples, not tenants in their entirety.

#2. Exist as Long as the Marriage Last

This form of ownership lasts as long as the marriage is in place. In the event of divorce, it automatically terminates. This also doubles as one of the disadvantages of tenancy in its entirety,

States that Approve Tenants in Entirety

25 states in the United States approve tenants in their entirety. These states are as follows;

What Happens to Tenants by Entirety After Death?

The surviving spouse becomes the sole owner of the property. This ends the entire tenancy, and they become tenants in severalty. This is because the couple has the right of survivorship as in joint tenancy. The right of survivorship transfers full ownership to the surviving spouse after the death of one spouse. But if both spouses die, the ownership rights go to anyone whom the property was willed to.

Tenancy in Entirety vs Joint Tenancy

A joint tenancy is a form of ownership in which two or more people jointly own a piece of property, each having an equal number of rights and liabilities. Due to the right of survivorship created by this style of ownership, when one owner passes away, the remaining owners take over that owner’s stake. Interestingly, just about anyone can form a joint tenancy. This means that joint tenancy can be formed by families, friends, married couples, business partners, and so on. Tenants by Entirety (TBE) is a form of ownership that allows married couples to hold the title to a home in some states.

The major difference in the tenancy in entirety vs joint tenancy lies in the form of ownership.

Tenancy in Entirety Vs Community Property

Community property vs tenancy in its entirety is two different terms that depict a form of property ownership. Let’s see how these two relate to each other, their features, and so on.

What is Community Property?

Community property is a form of ownership specifically for couples. Within the states that practice it, any property a couple will acquire in the course of their marriage has a 50-50 ownership status. This means that ownership is split among the couple on a 50-50 ratio. Another interesting thing about this is that the 50-50 ownership applies to all forms of assets.

The state defines community property as one acquired by a married couple during their marriage. Unfortunately, it means there’s a claim on a spouse, and the other spouse’s assets can also be seized. But then, this will only take effect when there’s a civil judgment against one spouse.

While it’s true that tenancy in its entirety vs community property is both forms of ownership, there are distinct differences between them. Some of these are as follows;

The following are some of the similarities between community property vs tenancy in its entirety.

Can a Spouse Have a Separate Property in the Community Property States?

A spouse can. However, this is on the following basis; when the property was acquired before marriage, or assets received as gifts such as inherited properties.

Even though the law approves this form of ownership for couples, any couple can always change it to another form of ownership that appeals best to them. But then, the purpose of tenants in their entirety is solely to protect the interests of both spouses in the event of liability claims. But just in case you do not want it, you can opt for tenancy in common, in severalty, or joint tenancy.

What is a quasi community property?

How do i avoid tenants by entirety?

If you do not want your spouse to share ownership of your property, the best thing to do is to buy the property in a non-common-law state. Another way of avoiding community property ownership is simply by indicating the form of ownership you want.

What can terminate tenants by entirety?

Divorce, death, or gifting the house to another person.

After divorce, will my propert still counts as tenants in entirety?

Not really. Divorce already terminates the marriage agreement and this results in another form of ownership, which is tenancy in common. 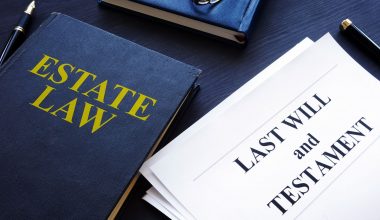