There are several forms of ownership in real estate. Each of them has specific drawbacks, and benefits, as well as distinct differences from the other. But before closing a property deal with any agent, how knowledgeable are you about the means of ownership you are about to sign? Understanding the various means of ownership available helps you avoid regrets and future lawsuits that would have been avoided. Ownership in severalty is just one out of the various forms of ownership in real estate. This guide is an overview of what tenancy in severalty is all about and its examples. In addition, we will also find out how many owners there can be in a tenancy in severalty, how a property is owned as well as whether it is inheritable or not.

Nothing beats owning a property in the State. It is the dream of everyone in the State including young adults, youth, and adults. Luckily, there are various types of real estate ownership, each with its own set of implications for ownership transfer, collateral, financing, and taxation. We will explore some of these options because they exist to ensure you become a property owner in one way or the other. Depending on an individual’s position and how they want ownership to transmit in the event of things like death, divorce, or sale, each form of title method has pros and cons.

Under the concurrent ownership, we have the tenancy in common, joint tenancy, and tenancy in entirety (TBE). The sole ownership is known as a tenancy in severalty and the final one is the community ownership.

Tenancy in common is a form of estate ownership in which two or more persons hold title to any estate property jointly. When it comes to TIC, there are no restrictions on the percentage of ownership.  The share of ownership can be equal or uneven. A tenant in common has the right to do whatever he wants with his share of the property. He can decide to sell his ownership rights or gift them at any time. This sort of title can be acquired at any moment, even if other owners have already signed a contract. One of the major disadvantages of TIC is that it has no right to survivorship. This simply means if a co-owner dies, their right does not pass to the other owners. Rather, it goes to whoever the deceased mentioned as heir to his right.

Joint tenancy is a form of estate ownership in which two or more person shares equal ownership right. One key difference between the joint tenancy and tenancy in common is the former has survivorship rights while the latter doesn’t. This is the best form of ownership for couples because, if one partner dies, their ownership right passes to the other partner.

What Is Tenancy in Severalty?

Advantages of Tenancy in Severalty

The following are some of the benefits of this form of ownership. Some of them are as follows;

Since tenancy in severalty means the property is owned by one individual or group, the owner has full right and absolute control over the property. The owner has the option to sell, lease, mortgage, or just transfer ownership at any time.

#2. Tenancy in Severalty is Inheritable

The ease of inheriting ownership in severality tenancy is yet another striking advantage that its holders enjoy. In severalty tenancy, the property owned by one person is inheritable. This simply means it can be willed to an heir. Inheritance amounts and property divisions are less complicated than in some other types of real estate ownership.

Disadvantages of the Severalty Ownership

The following are some of the cons of this ownership;

The most significant drawback this mode of ownership faces is that it does not include survivorship rights. This means that when a property owner dies, a lengthy legal process may be required before the property is passed on to any heirs.

What is Survivorship Right?

The right of survivorship is the legal right that a joint tenant, has to get real or personal property after the death of a joint holder. It simply means that when a property has two or more than one owner, and one owner dies, his ownership rights will go to the other owners. It is usually common among couples.  You find this right In joint tenancy. However, this right is usually lost when a joint tenant decides to sell his right to another person. It ceases to be a joint tenancy and becomes a tenancy in common.

#2. Not suitable for a Married Couple

Generally, tenancy in severalty is suitable for a married couple. Unless the couple will name themselves or their children as the heirs. But even this is a little tricky as there are several sides to this form of ownership. The best form of property ownership for married couples is joint tenancy.

While it is true that the sole owner enjoys the ownership interest alone, he also faces every cost of repairs and maintenance alone. From the Homeowners Association dues to insurance and taxes.

How Many Owners Can There Be in a Tenancy in Severalty?

Many people misconstrued the term ” tenancy in severalty” thinking it refers to several owners. However, Marriam Webster Severalty means a sole, separate, and exclusive possession, dominion, or ownership. This simply means there are no owners but one owner. It Could be an individual or a corporation. Furthermore, these single owners have absolute control over what happens to the property.

Is It Possible for a Corporation to Own a Property in Severalty?

A corporation is distinct and is seen as one legal entity. Therefore, a corporation can hold a tenancy in severalty. This is prevalent in many owner-occupied and real estate investment properties where a single entity owns the entire property.

Is Tenancy In Severalty Inheritable

Is Severalty a form of real estate ownership?

Severalty is the legal term for individual or exclusive ownership of real estate in the context of property law. It is an estate in property ownership where a renter possesses property in his own right, independent of any other person’s interest.

What is a Severalty in real estate?

When a single person, company, or other type of entity owns the property, ownership in severalty has taken place. The phrase is derived from the fact that a solitary owner is deprived of any ownership rights by other owners.

What does lands in Severalty mean?

The provisions in Treaties 8, 10, and 11 for 160 acres for anyone who choose to reside outside the band are the main additions. As a result of the fact that populations were not as densely populated in the North, this was referred to as “lands in severalty.”

What are the advantages of tenancy by the entirety?

Asset protection against tenancy by the entirety is not very strong. The property cannot be used as security by creditors to cover a debt. It precludes one spouse from selling their share of the property to a third party or putting a lien on the property. Additionally, it gives partners the ability to survive one another.

What is the strongest form of real property ownership?

The greatest type of ownership is fee simple, which indicates that the land is completely owned with no conditions or constraints except from local zoning laws.

What are the 3 types of land tenure?

The four main types of land tenure institutions in use today are, to put it simply: governmental ownership, private ownership, tenancy, and customary land tenure. These characteristics are present in at least four different general economic contexts, including the feudal, conventional community, market, and socialist economies.

What is it called when two people are on a deed?

A widespread practice is joint ownership, in which two persons are the property’s actual proprietors.

Which tenancy is best for married couples?

Owning a home as Tenants by the Entirety is the most popular ownership structure for married couples. A tenancy by the entirety is real estate ownership under the hypothetical presumption that a husband and wife are treated as one individual for legal purposes. They receive the property as one individual under this form of ownership.

Tenancy in severalty is one of the most common forms of ownership in real estate. While it offers you absolute control over your asset, other means of property ownership will be handy in the future. This is simply a way of saying you should ensure you understand the right, benefits, and drawbacks of this form of ownership.

FAQs On Tenancy In Severalty

What is the difference between joint tenancy and severalty tenancy?

The major difference between the two is that joint tenancy holders enjoy the survivorship right but this is not included in severalty tenancy.

What differentiate tenancy in severalty from other forms of ownership in real estate?

Is tenancy in Severalty a form of concurrent ownership?

How To Create Paystubs For Your Employees: What Information Should You Include? 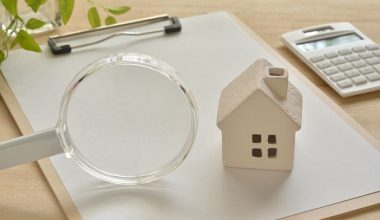