Home MORTGAGOR VS MORTGAGEE: What Is The Difference?
RReal Estate

MORTGAGOR VS MORTGAGEE: What Is The Difference?

The definition of mortgagor vs mortgagee will not be clear unless the words are explained individually because they are both two different terms in real estate. Before a mortgage loan is issued to a borrower, there are two active contracting parties. These are the mortgagor and the mortgagee, both are usually found in the real estate contract. However, not all lenders include these terms in their contract deals. Some simply prefer using ” the lender and the borrower” instead of mortgagor vs mortgagee.

Who Is a Mortgagor vs Mortgagee

Mortgagor vs mortgagee sounds tricky and is used interchangeably but you need to differentiate them and also understand their rights. To better understand the two words, we will take them one after the other, before highlighting their key difference.

The mortgagee, on the other hand, is the financial institution that lends the funds to the mortgagor to buy a home or refinance a mortgage loan. A mortgagee can be a large bank, a credit union, a community bank, or other lending institutions. The mortgagee establishes the loan terms, supervises its repayment, and retains the right to seize the property if the mortgagor defaults on their payments.

In dealing with the mortgagor vs the mortgagee, both have rights that must be fully expressed in real estate. These rights safeguard each party’s interest.

In a real estate deal, the government understands that when it comes to the mortgagor vs the mortgagee term agreement, the latter may trample the borrowers’ rights by siphoning money from them through unfair practices. That is why the following rights exist to protect a mortgagor in a real estate deal. Some of these rights are as follows.

#1.The Right of Redemption

#2. The Right to Transfer to a Third Party

#3. The Right to Inspect and Produce Documents

Document inspection and production rights allow the mortgagor to redeem and copy all paper documents (related to the mortgage) in the mortgagee’s possession.

Additions to property give the mortgagor redemption rights on any upgrades or additions added to the property. For instance, if a mortgagor builds a house on mortgaged land, he or she has the right to redeem both the land and the house.

In dealing with issues between the mortgagor vs the mortgagee in real estate, there are certain rights the mortgagee can exercise to protect his interests. Some of the most important rights of mortgagees are as follows;

#2. The Right of Suit for Sale

The right of suit for sale is analogous to the right of foreclosure; however, the mortgagor cannot use his right of redemption in a suit for sale. The mortgagee receives authorization to become the owner of the property, sell it, and utilize the money to satisfy its claim in this situation.

#3. Right to Sue for Mortgage Money

The right to sue for mortgage money allows the mortgagee to sue if certain conditions are met. For instance, suppose the mortgagor fails to maintain the property, and it is partially or permanently destroyed as a result of this carelessness, the mortgagee can use this right against the mortgagor.

#4. The Right to Sell Without the Involvement of a Court

Under certain conditions, the right to sale without court intervention permits the mortgagee to sell the property without notifying the courts. If the mortgagor defaults and is unable to make payment after three months of being served with a notice, this could be one such condition.

#5. The Right to Spend Money on the Property

The right to spend money allows the mortgagee to spend money on the property for objectives such as preventing forfeiture, sale, or destruction of the mortgaged property. The mortgagee has the option of adding the money he spent to the mortgage money owed to him, and he is entitled to interest on the amount at the same rate as the principal money.

#6. Right to the Accession of the Mortgaged Property

The mortgagee can keep any improvements to the property as security if they have the right to the accession of the mortgaged property.

The mortgagee also possesses the right of possession, which allows him or her to take possession of the property provided certain conditions are met.

What Is the Difference Between a Mortgagee vs a Mortgagor in Real Estate?

A mortgagor is someone who needs a mortgage to buy a new property. To put it another way, they are the people who borrow money from a financial organization such as a bank. While the mortgagee, on the other hand, is the financial institution that lends the funds to the mortgagor to help them buy a home or refinance a mortgage.

The mortgagor and the mortgagee decide on the payment plan and how it will work. Principal, Interest, tax, and insurance (PITI), are factored into these installments. The mortgagee draws and gives out the loan condition.

Mortgagor Vs Mortgagee Real Estate: Tips on Getting a Mortgage Loan

Here are some of the things you need to do when applying for a loan.

There is more to mortgagor than just receiving a loan and paying it back. A mortgagor must first provide the relevant documentation and information to the mortgagee. They must also agree to the term of the mortgagee on the loan repayment.

Before a mortgagor finally receives a loan, the mortgagee demands he submit an application as well as other documents for verification. Then the application is assessed and a decision will be taken based on the credit report and the lender’s underwriting criteria.

Lenders assess a mortgagor’s application with the following,

The mortgagee is the lender in a real estate mortgage transaction, he has the following responsibilities to the mortgagor. Lenders are in control of the whole process.

The mortgagee in line with the mortgagor’s chosen duration runs the calculation on monthly payment. They do this using the current mortgage rates.

The mortgagee invites the mortgagor to sign the closing contract in real estate when both parties are certified with the demand.

When a mortgagor qualifies for a loan, the mortgagee issues this out in real estate.

Despite every step taken to ensure someone who gets a loan can repay it, sometimes, borrowers default on their loan payment. To protect themselves, the mortgagee usually insists borrowers add a lien to the mortgage contract. Liens protect a mortgagee in case a mortgagor defaults on payments. The mortgagee must add a lien, which attaches the contract to an asset. The lien would show that the lender can seize and sell the residence to recoup damages.

Mortgagees must advise homebuyers through the loan procedure to maintain their ethics. This ensures the buyer can afford the loan and property, avoiding complications during the approval process or loan term.

Who is considered the mortgagee?

The bank or lending organization providing the funds to buy a property or refinance is referred to as the mortgagee.

Who is a borrower and who is a mortgagor?

Is mortgagee borrower or lender?

The borrower, you, are the mortgagor. The mortgagee is your lender in the meantime. Remember: It is you, not your mortgage provider, who is mortgaging the home. People would find it much more challenging to purchase a home if there was no tie between the mortgagor and mortgagee.

Why is a lender called a mortgagee?

A mortgagee is the formal name for a lender who grants a mortgage to a borrower (also known as a mortgagor) in order to finance the acquisition of real estate. In most cases, a mortgagee will obtain a legal interest in the property, enabling it to take possession of it in the event that the borrower defaults on the loan.

Is the buyer the mortgagee?

Mortgagees are not people, unlike employees, escapees, or trainees. An alternative to this is a mortgagee, which is a bank or credit union that provides financing for the purchase of a home or other property and retains ownership to the asset until the debt is repaid. The mortgagor is the one who borrows the money, which is usually the homebuyer.

Is mortgagor the owner?

Who owns a mortgaged house?

Typically, the mortgage lender keeps the title deeds to a property that has a mortgage on it. They won’t be handed to you until the mortgage is fully repaid.

Are banks the mortgagee?

In comparing the mortgagor vs the mortgagee, the key notable difference is in their definition and their rights in real estate. If you can get this accurately, then you can truly differentiate between them thereby effectively utilizing your right as a mortgagor or a mortgagee in real estate.

FAQs On Mortgagor vs Mortgagee

When can a mortagagor shop or hunt for a house?

What are mortgage points?

Mortgage points are also known as discount points. They are a one-time cost that you can pay to achieve a cheaper interest rate.
One mortgage point is one percent of your total loan amount, and it can cut your interest rate by one-eighth to one-fourth percent. 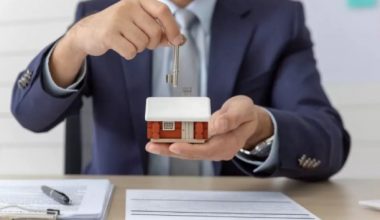 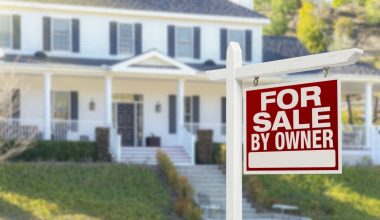 Read More
RReal Estate
Table of Contents Hide First Step To Selling Your Home: Determine Your “Why”Look Into The Best Times To… 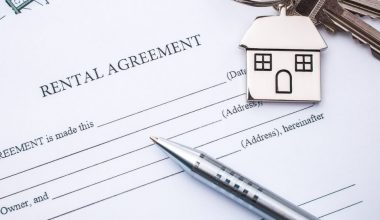