Companies, brands, organizations, and public figures all need public relations departments. More often than not, what PR professionals do is create and spread campaigns to make an organization or person look better in the eyes of the public. But what exactly is a public relations campaign in the first place? This article will cover everything you need to know about public relations campaigns. And by this, I mean everything from how they are defined and their various purposes to how their performance is measured and, finally, some of the most well-known campaigns that have ever shocked the PR world.

A public relations campaign needs to have a specific goal in mind in order to be successful. The goal may be to get the word out about a new offering, update the public on developments at the firm, attract more customers, or enhance the standing of the brand overall.

Through strategic communication with their intended audience, companies can achieve their goals. To reach out to the media successfully, it’s not enough to write a press release about a brand or hold a fundraiser. Businesses should reach out to the media to raise brand awareness, sales, and customer goodwill.

A campaign aims to maintain that image and promote goodwill and mutual understanding between the company’s target market and its target market. News releases include more than simply written content. There are many different components to campaigns, including messaging, public speaking, audience participation, audience feedback, sharing of beliefs, etc.

Experts in public relations take a company’s idea and expand it into its scope, making it successful in the eyes of the business and the general public. A PR campaign is, to put it simply, the combination of several strategies with specific objectives that work together to achieve a single goal and do so within a set time frame.

What are the PR activities?

What company has good PR?

For a long time, PR has been a potent marketing tool for businesses. Global powerhouses like Nike, Amazon, Apple, and Coca-Cola

Why PR campaign is important?

They do this in two ways. First, they raise interest in your brand, which creates more prospects for growth.

What is the biggest PR firm in the world?

The biggest PR firm in the world is called Edelman. Edelman did not have a great year in 2018; their global revenues fell by 1%. They continue to be a powerful influence in communications and PR, nevertheless.

What are the best PR campaigns?

Examples of the Best PR Campaigns for the Carlsberg Adopt-a-Keg Campaign in 2023.

As a PR expert, you are well aware that tensions run high and tempers flare quickly in this field. Every product line aspires to be the best, but ultimately, there can be only one victor. So, what must one do to achieve success?

To ensure that your public relations efforts amount to more than a splash of ink on the page, you must first learn how to quantify their success.

This is a multinational corporation that manufactures and sells trendy, low-priced home furnishings and interior design elements. IKEA saw that its customers were spending more time than ever in front of their couches and sought to encourage them to do so in a responsible manner.

The goal of their Stay Home initiative is to encourage people to remain in their own homes, where they can feel secure. In addition, IKEA hoped to demonstrate that the comfort and safety afforded by well-decorated houses might mitigate the effects of the increased isolation that many of us were experiencing.

Over the past two years, shoppers have begun prioritizing requirements over “wants.” Because of this, many popular fashion labels have had to go creative in order to attract new customers and boost their reputations. Zara conceived of the Shot from the home initiative as a result of their familiarity with influencer marketing. Zara models and other influencers were given free samples from the new collection to use in their own organic marketing content.

Burger King’s communications strategy is well-known for their habit of using any available opportunity to criticize McDonald’s, their primary competition. That’s why it came as such a surprise when Burger King issued a statement discouraging its customers from patronizing the competition. Burger King took a more extreme tack than its rivals, and it paid off.

Carlsberg’s slogans have long been notable for their creativity and ability to grab the attention of the target audience. Similarly, the COVID-19 epidemic was no different. Carlsberg issued a global safety message to its beer drinkers as establishments shut down all over the place. Through their “Adopt a Keg” promotion, users could design their own digital keg. After purchasing Carlsberg in stores, customers may fill the keg by scanning the labels and then redeem it at participating establishments once they reopened.

The development of more effective marketing and communication strategies relies heavily on the creation of a PR plan that may generate profitable returns for businesses. Public relations experts have been challenged to demonstrate the efficacy of such tactics in today’s fast-paced digital environment.

Public relations plans have varying foci depending on the specifics of each company’s circumstances. A well-thought-out PR plan will likely include the following elements:

In spite of this monumental obstacle, how does one go about developing a winning PR plan that would help to spread the company’s and brand’s message?

Establishing quantifiable PR goals is the most effective strategy. As a result, experts are resorting to a tried-and-true technique from the past. “SMART” stands for “Specific, Measurable, Achievable, Realistic, and Timely,” and it helps teams set goals that take into account relevant market data.

Reaching out to your intended audience effectively requires first gaining a thorough understanding of that group. However, reaching consumers all around the world can be difficult due to the large distance between markets. By tailoring PR methods and the campaign to the specific attributes and characteristics of the target audience, more people can be reached.

The most important thing to keep in mind is the point you want to make. Focusing on these characteristics while you craft your main message will help you better understand how your message should be structured to have an effect on your audience. Public relations plans, whether they are temporary or more permanent, should factor in the importance of market relevance to the overall campaign’s success.

The last step is to disseminate the message through sponsored or owned media channels. The company’s goal is for the message to resonate with the public.

Designers and content makers have been forced to rethink the wider picture of campaigns in order to build a creative approach that may provide successful and valuable results.

The question then becomes how one goes about formulating an original plan of action? In reality, there are a number of factors that contribute to the development of novel concepts and ideas, including familiarity with internet resources and the most recent developments in the market. It is possible to compare the time and effort spent on developing enduring strategies with the resources at hand and the likelihood of achieving immediate objectives.

True and quantifiable outcomes are essential. Companies can more effectively impact the market if they have a clear sense of when and how to communicate with their target demographic. A more quantifiable strategy for growing a company’s organic online site traffic is to focus on expanding from a local to a worldwide audience.

A public relations expert’s every move ought to be categorized as part of some larger plan of action. This essentially means that all PR activities are coordinated to help a firm achieve its business objectives. Communication goals and following activities must be created from the outset in support of an organization’s priorities, which can only be determined once a thorough understanding of those priorities has been attained.

Communication with the intended audience is facilitated by a solid working relationship with the media. Public relations experts help their customers gain visibility by pitching interviews and distributing press releases to the media sources that would most likely be read by the target demographics. To keep their pages and airwaves full, journalists require a steady flow of news; as a result, organizations seeking media attention can benefit from working with journalists to produce newsworthy stories.

Although the media is a vital resource, public relations experts often find that blogging or other forms of direct connection with their target audience are more fruitful than traditional press releases. Mutually beneficial interactions between a business and the people in its local community are essential. For example, when a business opens a new facility, gaining feedback from the local community is just as vital as publicizing the benefits for the local economy. This requires attentive listening and event coordination skills.

The field of public relations is increasingly devoting attention to internal communications. When it comes to a company’s success or failure, its employees can be its most vocal supporters or fiercest critics, making it essential to do all possible to keep them happy, motivated, and loyal. Companies face difficulty when it comes to keeping their employees interested and informed, and professionals in the field of internal communications are increasingly being called upon to help with this.

When a crisis strikes is not the time to bring in the communications team, contrary to popular belief. Having a clear crisis communications plan in place and solid relationships with both stakeholders and the media formed through time is essential for any organization during a crisis. Because of this, working in crisis communications can be as satisfying and beneficial as it is demanding.

Those who work in public affairs, often known as lobbying, are responsible for fostering and cultivating connections between an organization and those in positions of power. It’s a niche area of public relations filled with people who are interested in politics and the legislative process. Moreover, they may be of great use to businesses by aiding them in areas like regulatory compliance, corporate communication, and trade associations.

#7. Interactions in the Digital World and Social Media

It is crucial for businesses to stand out from the competition in today’s instantaneous world of communications by having a robust internet presence.

Since more and more consumers are conducting their own online research prior to making a purchase, online public relations (PR) has emerged as a crucial tool for drawing in new customers, strengthening existing relationships with existing ones through channels like blogs and social media, and even finding and hiring top talent.

To achieve their communication goals, businesses and PR professionals today need to be experts at selecting the most appropriate social media platforms and other digital channels.

How does Netflix use PR?

The PR crew for Netflix is never content to remain in its comfort zone. The streaming service has partnered with other platforms to broaden its reach rather than using conventional advertising.

How does Nike use public relations?

The firm employs public relations by sponsoring sporting events and other events, and it uses these events to inform potential customers about what the company is doing to address important societal concerns.

How do you start a public relations campaign?

Can I Swap Litecoin to Bitcoin? 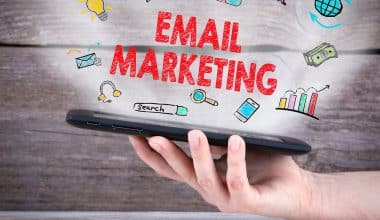 Read More
MMarketing
Table of Contents Hide How to Build an Email Marketing List from Scratch in 10 Steps Step 1:… 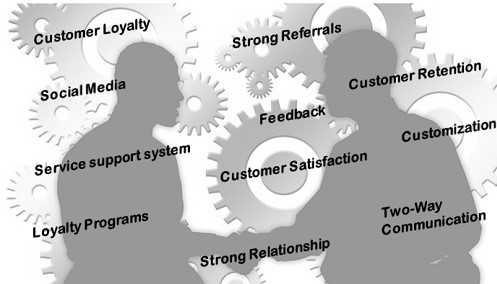 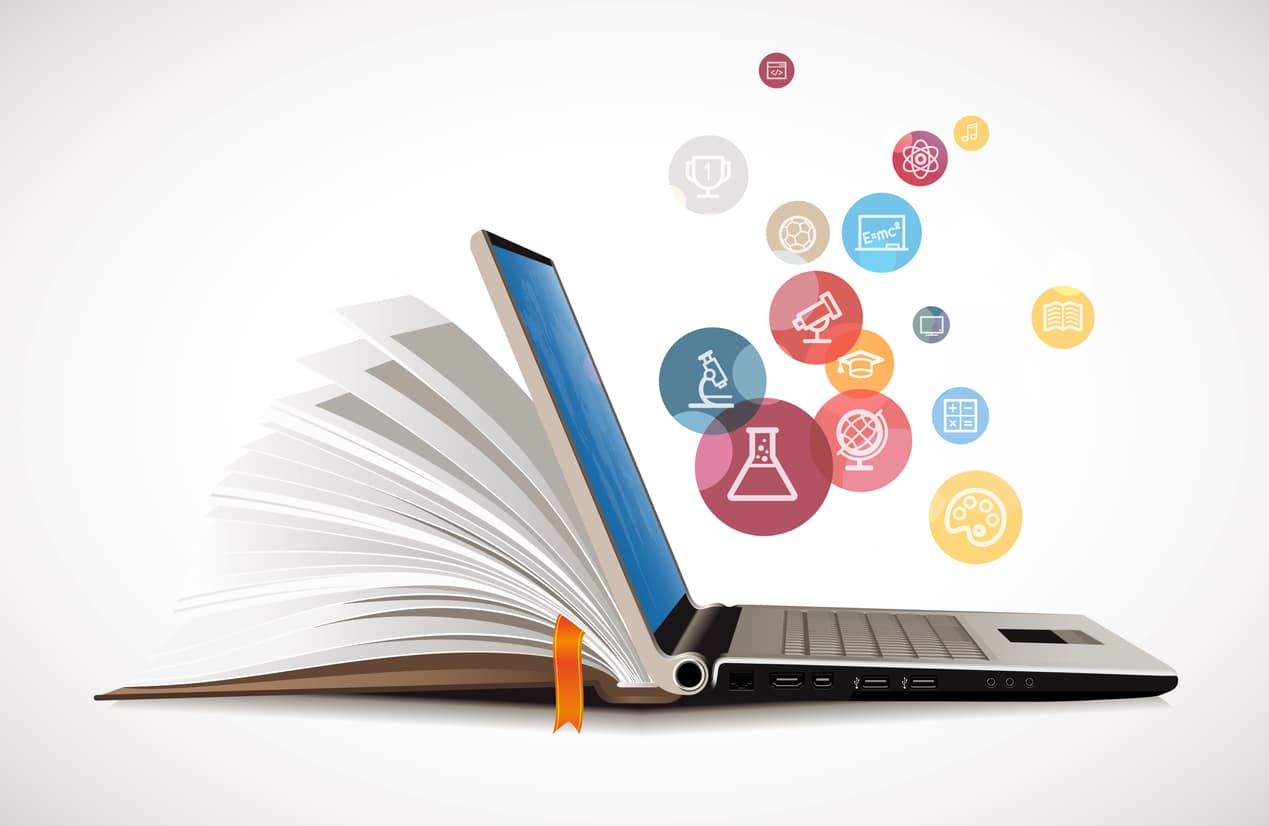