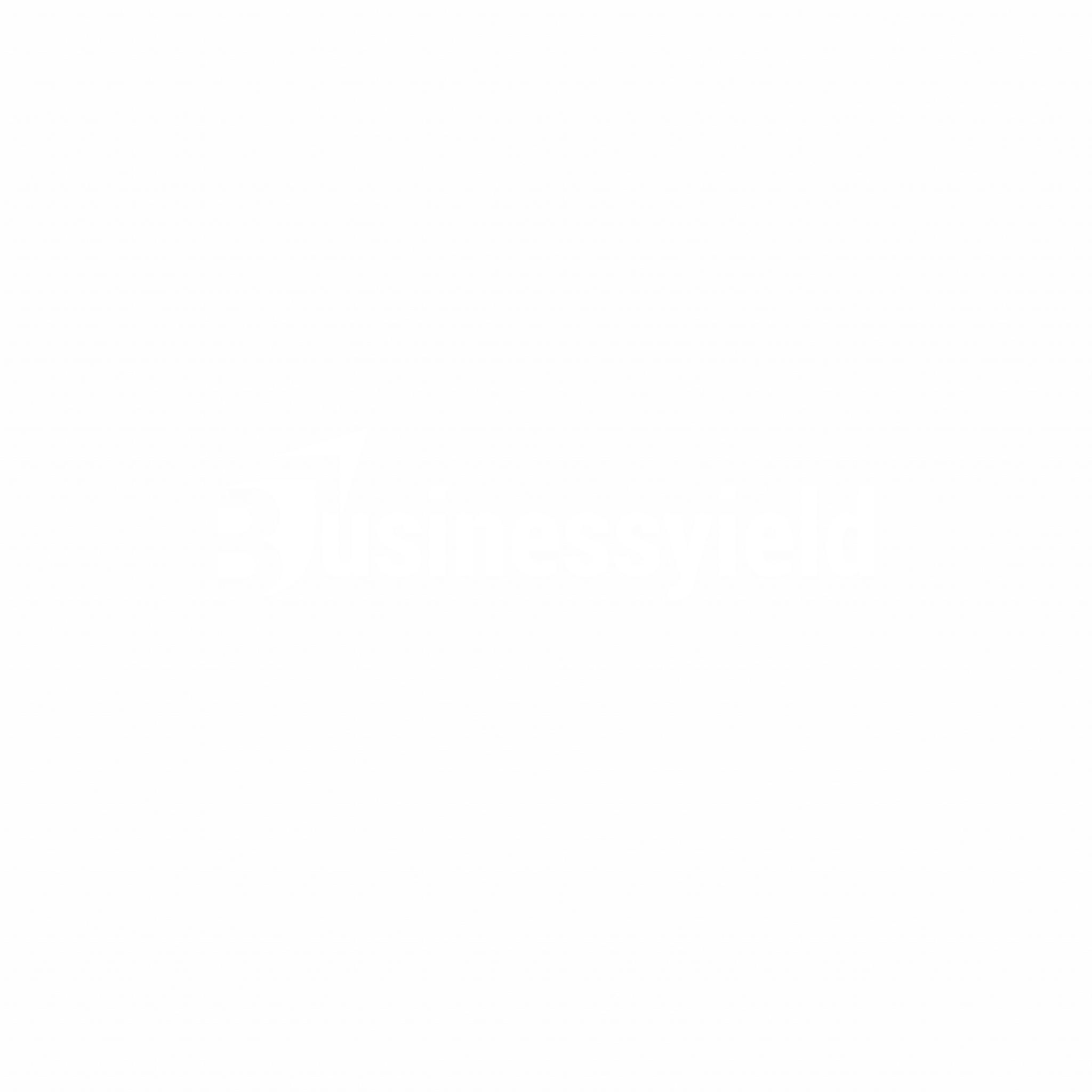 Businesses are consistently talking about what they do. If any brand wants to stay ahead of the competition, it’s important to craft a good promotion strategy.

However, a promotion strategy will not only help you reach out to the target audience. It will help you convert these people into paying customers, thereby generating more leads.

Business promotion is very critical, as it focuses on how to attract your target market. Also, it introduces your product or service to the market. After which you convince these people to buy or convince them to take any action you want.

A promotion strategy is the written plan to tell people about your business and turn them into customers thereby generating revenue.

Furthermore, It incorporates everything that needs to be done for effective marketing to your target market and how to execute your plan.

Every strategy should understand the importance of creating emotional connections with the target market, to arouse interests to your offers.

Components of a promotion strategy

So, below are the listed components of a promotion strategy.

Personal selling involves encouraging potential customers on an individual basis. A representative of the organization usually carries out this task.

This is the major component of a promotion strategy. It is an impersonal method of promoting a product in which a sponsor is involved. Also, the sponsor is clearly defined.

This is used normally to supplement advertising and facilitate personal selling.

It involves impersonal messages that reach the target market through the media.

In addition, it often has more credibility than advertising.

The target market of public relations might be stockholders, a government agency or a special interest group.

Furthermore, it can be in form of newsletters, annual reports, etc.

How to make a promotion strategy

Everything in life requires prior planning. Having a solid strategy helps you envision what you have to do, see where you currently stand, and then bridge the gap.

So, let’s take a look at how to craft a promotion strategy in few steps:

Consider the people you’re trying to reach and to whom your product or service is most likely to appeal to.

Do a quick audit on their demographics, psychographics, and lifestyle.

Then, proceed to set SMART goals, that will help you effectively reach your target market.

Goal setting gives you a sense of direction. It is important that you set goals that are SMART.

What are SMART goals?

• MEASURABLE; goals that will help you stay on track while visualizing your goals.

• ACHIEVABLE; goals are within your capacity and budget.

• TIMELY; goals that give you a sense of urgency.

3. Develop strategies to support your goals.

After successfully crafting your goals, proceed to set up strategies that will help you nail those goals.

Before choosing promotional strategies to work on, make sure you consider how much you can spend on it.

Finally, proceed to get the word out, then review your goals from time to time.

So, below are some pdfs that will be of great help. Do well to download and read through.

The Role of Promotion Strategies in Personal Selling

Related Topics:Promotion strategy
Up Next 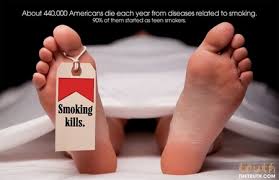 To many, the term demarketing ads might not ring any bells but such ads can prove invaluable in navigating some tight corners in marketing. Demarketing essentially refers to every and all wilful efforts and strategies made to reduce the demand for a product, especially in a situation, of which there are many examples, where the demand for such is greater than the producer’s ability to supply.

Perhaps, the most effective effort of demarketing is the use of advertising. Advertising is a paid-for, non-personal communication that appears on any mass media, aimed at selling an idea, product or service.
Although some authorities also consider purposely refusing to market products as demarketing; we are however more concerned with active and paid demarketing.

This article sheds some light on demarketing ads as a concept; looks at the types, strategies and examples of demarketing ads. It also answers the question of why demarketing ads are important in the business world. To effectively implement this, you would have to read our post on marketing management

Demarketing ads are advertisements put out to discourage (but not destroy) demand for a product at a particular time. To the uninitiated, such ads might seem dangerous, counterproductive and wasteful. It is, however, important to note that behind every demarketing ad is the intent to cause some favourable effect.

Conceptually, demarketing is not new. The term has been in use in the academic world since the 1970s when Kotler and Levy coined it. In that Harvard Business Review article, Kotler and Levy described a phenomenon that hitherto had no name.

Of course, the concept of demarketing begs the question of reason; why would producers want to actively reduce sales of their products when the natural order is to sell as much?

One of the commonest reasons for demarketing is to remedy a situation in which demand exceeds the producer’s ability or desire to supply. This might be due to poor or non-existent distribution channel. Also, when selling in a particular region registers very little gain, demarketing becomes necessary in curbing the emergence of another competitor.

Sponsors also use demarketing to help consumers make healthier and more responsible buying choices. In a situation where resources need to be conserved; or where the product causes health complications, demarketing becomes necessary.

There is also the idea that demarketing is ultimately cheaper as a marketing strategy. Hoarding goods to create scarcity (a demarketing move) also increases the market value of the product.

In their 2010 MIT paper, Mikl´os-Thal and Zhang posited that in a situation where marketing costs were non-existent; the producers faced no capacity constraints; scarcity did not increase the value of products and; the seller had no competition, demarketing would still be necessary to control buyer’s perception of product quality

There are three major types of demarketing ads, namely:

When the sponsor of the advertisement aims to discourage all customers from demanding the product, they use demarketing ads. Governments looking to conserve scarce resources or dissuade citizens from purchasing potentially dangerous products often use such ads.

Anti-alcohol ads like the ‘Parents are Monsters’ ad on CNN; the anti-cigarettes ads like the ‘Download Cancer’ ad sponsored by American Cancer Society and the ‘Smoking Isn’t Just Suicide. It’s Murder’ ad by the Chilean Corporation Against Cancer are example of the general type of demarketing ads.

Similarly, electricity and water advertisement advising consumers to turn off the light or tap are general demarketing ads. An example is the Colgate ‘Every Drop Counts’ commercial of 2016 .

Such ads target specific types of people with the aim of discouraging them from buying a certain product. This could be in order to protect loyal customers who may be affected by sudden mass interest in a hitherto niche product.

Despite the Fair Housing Act in the US, many complaints were lodged against certain ads which claimed (by stating or implying) not to be interested in catering to the needs of low income earners or families with children.

Although, artificial scarcity can be created with company policies and what not, putting out advertisements to that effect can really send home the point. This type of demarketing ads tend to however create cases of panic-buying, especially if it is an essential product.

Amazon and Modcloth advertise products on their websites with phrases like ‘only 2 left in stock’ and ‘back in stock’ which consumers interpret as ‘you’d better get it now’.

Producers can structure demarketing ads so that certain people pay more than others for the same product. especially with online ads that require you to click to purchase.

Advertising two products in such a way that consumers are persuaded to buy one instead of the other is regarded as bait and switch demarketing. One product is advertised in an unattractive way (usually, with an unattractive price) just to push consumers to buy the other. This strategy is often unethical and illegal.

Phone companies like Samsung and Apple often advertise their expensive flagship phones alongside cheaper higher mid-range phones in order to sell more units from the mid-range line. Consumers often come away feeling they are getting the bang for their buck.

Stock outages are very advantageous to sellers because it gives them the opportunity to make increment in the prices of goods. Also, consumers tend to buy more when they think that scarcity is impending.
Starbucks’ ‘unicorn frappuccino only available for a few days’ ad on its website caused Starbucks to see a lot of orders from customers and the drink quickly sold out within the first day.

This demarketing ads strategy is usually employed during festive periods like Thanksgiving, Easter and Christmas where such sales events like Black Friday are held. Ads are put out to target people who are willing to pay more to bypass the teeming crowds expected on such occasions.

This involves publicly announcing unlikely marketing decisions targeted at the 4Ps of marketing, namely price, place, product and promotion. In this demarketing ads strategy, ads might announce an increase in price, unfavourable condition in a particular place or with a particular product or altogether refuse to market their products.

Demarketing is the conscious act of unselling a product by reducing the desire people have for it. Demarketing ads can be a useful marketing tool if used properly. 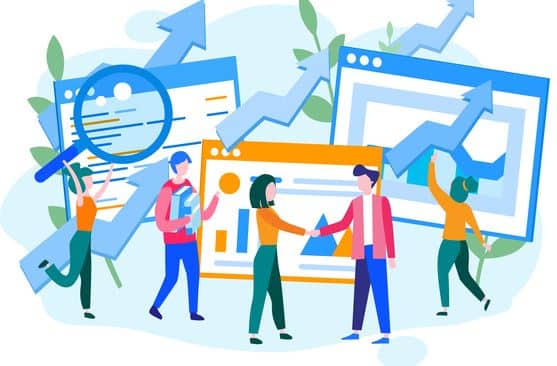 Somethings in life are very essential and one of them is information. So, just like you need the information to carry on normal day-to-day activities; business owners and marketers need information from the marketing information system to optimize their activities. So, let’s dig into this subject.

Read more: Marketing Management (All you need to know) 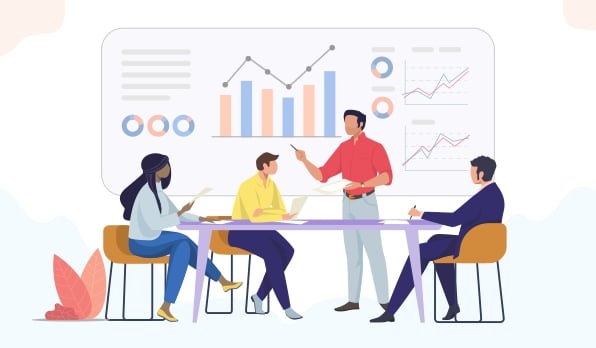 Whether to achieve market penetration, brand promotion, or any other marketing goal of a company. It’s apparent that the role of a marketing team is pivotal in a company. And just like every other C-level position of a company the Chief Marketing Officer is in charge of the marketing team. So, what should you know about this position? The job description, the skills. Let’s iron out your questions with this post.

WHO IS A CHIEF MARKETING OFFICER (CMO)?

A CMO (chief marketing officer) is the C-level executive who is responsible for planning, developing, implementing, and monitoring the marketing activities of a company. So, the position of CMO is vital to every company. Because they are the guys that know ins and outs, pros and cons of the market a company wants to function in.

Also, in some companies, sales management is incorporated as part of the job description of a CMO.

THE ESSENTIAL SKILLS OF A CHIEF MARKETING OFFICER’S (CMO’S)

The marketing environment is dynamic, affected by many factors that can throw a company off if they are neglected. The chief marketing officer is the C-level cooperate executive whose functions interact most with the market environment. So, they, the chief marketing officers, need some essential skills that will keep their company in the industry and also keep them as a CMO in the future.

Best Business to Start with 300k: All You Need (+ Business Plans & Free Tips)

Marketing Management: All You Need to Know

Business Ideas for Ladies in 2021: The highest paying 20 (+quick tips)