Home What Is Shares Outstanding: Definition & Understanding Its Calculation
MManagement

What Is Shares Outstanding: Definition & Understanding Its Calculation

In the secondary market, the quantity of a company’s shares that are still accessible to investors is known as the “outstanding shares.” In this article, we will talk about some companies’ shares outstanding like AMC, tesla, apple, and implied. Sit back and enjoy your reading

What are shares outstanding

These are the shares held by the company’s shareholders at a given point in time, excluding shares purchased back by the company; and are indicated as a component of the owner’s equity on the liabilities side of the firm’s balance sheet.

In other words, it is a measure of a company’s market value; in a division with the number of outstanding shares. You can easily refer to the number of these shares in ratios such as Earnings Per Share.

The term “Diluted Shares” refers to the total number of shares that a corporation owns at any given time that can be in conversion; into a common share by its holders (convertible bond, convertible preferred stock, employee stock options). This is in completion by exercising their right to convert such shares into ordinary shares.

The approved share count may be significantly more than the outstanding share count; as authorized shares reflect the maximum number of shares that a corporation may issue. The number of outstanding claims may also be equal to or less than the authorized number of shares. For instance, a corporation may permit the creation of ten million shares; for its initial public offering but ultimately issue just nine million.

You can sum up the number of floating shares by subtracting the number of outstanding shares from the number of closely held shares; a significant number of shares controlled by a single party, whether an individual or a small group of controlling shareholders, such as corporate officers or directors.

Why Do Outstanding Shares Keep Changing?

When a firm expands its share capital, the number of these shares will increase by selling fresh stock to the public or when it declares a stock split (to increase liquidity, the corporation divides its existing shares into several shares).

On the other hand, if a company conducts a share repurchase or a reverse stock split (consolidation of a corporation’s shares according to a predetermined ratio), stocks outstanding will drop. The term “buyback” refers to a company’s repurchase of its shares. It reduces the number of publicly traded stocks and raises the number of treasury shares.

Apple’s Outstanding Shares are common stock of the corporation that investors purchased after the company authorized and issued them to the public. Typically, it is open that these shares are on a fully light basis, which includes exotic instruments such as options and convertible debt.

The majority of Apple’s basic indicators, such as Shares Outstanding, are useful in conjunction with a valuation analysis module that assists investors in identifying stocks that are currently trading at a premium or discount to their intrinsic value. If the true value exceeds the market price, Apple Inc is deemed undervalued, and we advocate buying. In the absence of that, we issue a sell signal.

It is critical to understand the fundamental ideas underlying the construction of sound financial models for Apple. It aids in accurately projecting the fair market value of Ford stock by taking into account historical fundamentals. Because Apple’s primary accounts are all interconnected and dependent on one another; it is critical to investigate any possible correlations between related accounts. Rather than examining all of Apple’s prior financial records; investors might study the associated factors to ascertain the company’s overall health. This can be useful efficiently by creating a correlation matrix of Apple’s interconnected accounts and indications.

One of the primary benefits of trading pair correlations is that each trade eliminates some risk. Because two distinct transactions are necessary, even if the Apple position performs poorly, the other equity can offset some of the losses. Additionally, pair trading mitigates risk associated with market directionality.

Stock peer comparison is a frequently useful and highly regarded way of performing equity analysis. It compares direct and indirect competition to Apple Shares Outstanding in order to identify inexpensive firms with comparable characteristics or stocks that would make an excellent addition to a portfolio. Apple’s peer analysis might potentially be useful for relative valuation, which is a technique for assessing Apple by comparing its value measures to those of comparable companies.

Today, the majority of investors in Apple Stock are evaluating not just static indicators, but also numerous Apple growth ratios. Consistent increases or decreases in fundamental ratios typically suggest the possibility of a profitable pattern. When analyzing companies, however, understanding the growth rates of each company’s shares outstanding may not be sufficient to determine which company is the superior investment. That is why investors usually begin their study with a static breakdown of Apple’s outstanding stakes.

Tesla’s Outstanding Shares are common equity of the company that investors purchased after the corporation authorized and issued them to the public. Typically, this type of share is showing a fully diluted basis, which includes exotic instruments like options or convertible bonds.

Tesla, founded in 2003 and headquartered in Palo Alto, California, is a vertically integrated sustainable energy firm that also manufactures electric automobiles to transition the world to electric mobility. The company provides solar panels and solar roofs for energy generation, as well as batteries for stationary storage, to homeowners and businesses, including utilities. Tesla’s fleet consists of a variety of vehicles, including luxury and medium sedans and crossover SUVs. Additionally, the company intends to produce more cheap sedans and small SUVs, as well as a light truck, a semi-truck, and a sports car. Global deliveries in 2021 are in expectancy to total slightly more than 936,000 units.

In any fiscal period, a firm may repurchase or issue shares. If a corporation repurchases shares, we should observe a reduction in the overall number of shares. When a firm issues additional shares, the total number of outstanding shares increases.

Generally, the presence of treasury shares and a history of buybacks indicate that a company has a competitive edge. However, studies have shown that businesses typically buy back at the incorrect moment. Repurchasing shares at a discount to their real value increases value for existing shareholders. Repurchase of overvalued shares dilutes the value of current shareholders.

When conducting a Tesla Inc price study, look for indicators of Tesla’s market volatility, profitability, liquidity, solvency, efficiency, growth potential, and financial leverage, among others. We have a variety of tools available to us to establish how healthy Tesla is at the moment. The majority of Tesla’s value evaluation is based on its commitment to analyzing previous and current price activity to forecast Tesla’s future price fluctuations. You can compare the firm to its peers and the broader financial market to ascertain the elements that affect Tesla’s pricing. Furthermore, you can assess how adding Tesla to your portfolio will help reduce your portfolio’s overall risk.

AMC Entertainment Holdings, Inc. is engaged in the theatrical exhibition business through its subsidiaries. Found in 1920, the headquarter of the corporation is in Leawood, Kansas. In the United States, AMC Entertainment is classified as an entertainment company and is traded on the New York Stock Exchange. It employs 3449 individuals.

Outstanding Shares of AMC Entertainment are common stock of a public corporation that has been purchased by investors after the business authorized and issued them to the public. Typically, outstanding shares of AMC are stated on a fully diluted basis, which includes exotic instruments such as options and convertible debt.

Stock peer comparison is a frequently useful and highly regarded way of performing equity analysis. It compares AMC Entertainment’s direct and indirect competition to its Shares Outstanding to identify inexpensive stocks with comparable characteristics or stocks that would make an excellent addition to a portfolio. Peer analysis of AMC Entertainment might also be useful to determine its relative valuation of outstanding shares, which is a technique for assessing AMC Entertainment by comparing its valuation measures to those of other firms.

Trading In Pairs With AMC Entertainment

One of the primary benefits of trading pair correlations is that each trade eliminates some risk. Due to the requirement for two distinct transactions, even if the AMC Entertainment investment performs poorly, the other equity can offset some of the losses. Additionally, pair trading mitigates risk associated with market directionality. For instance, if an entire industry or segment declines in value as a result of unexpected headlines, the short position in AMC Entertainment will increase, partially offsetting the decline in the value of the long position.

Through with AMC shares, next in line are implied shares outstanding.

Implied shares outstanding mean total shares the board of directors has approved. Float are those publicly available, while they hold the rest in the treasury and can be awarded as compensation to raise the capital it depends on the purpose they were created for and the direction of the board or shareholders

Investors use the price per share of common equity to determine a company’s performance. It is good for companies to disclose this figure, referred to as earnings per share (EPS), on their earnings statements. Additionally, investors utilize this figure to determine shareholders’ dividends.

You can define the implied value per share by the number of outstanding shares and the amount of possible net earnings to shareholders. Complete the steps to determine this amount:

Revenue, profit, and assets can all be useful to determine the value of implied shares outstanding in a business. Some list of firms that trade on stocks publicly trade on the market and their worth is by the price at which investors are willing to pay for the stock. A few pieces of data can be useful to assess the company’s value based on stock prices.

What Do Shares Outstanding Mean?

Outstanding shares are the shares held by the company’s shareholders at a given point in time, excluding shares purchased back by the company, and are indicated as a component of the owner’s equity on the liabilities side of the firm’s balance sheet.

The term ” outstanding share” refers to the total amount of a company’s stock held by its stockholders. It is not essentially good or harmful in and of itself.

Is It Good to Have Shares Outstanding?

Depending on the purpose for issuing stock, it may also suggest some level of risk. You can secure your assets by knowing how many shares the company has, especially when compared to other companies.

What Is the Difference Between Shares and Outstanding Shares?

Do Outstanding Shares Get Dividends?

The people who own outstanding shares can get dividends and can also vote in the corporation. It is a key part of figuring out how big a company is.

What Happens When a Company Buys Outstanding Shares?

Which Shares Should I Sell First?

BUSINESS TO BUSINESS SALES: What It Is, Examples & All You Need

OVERVIEW OF BOARD COMMUNICATIONS WITH VDR SYSTEM: Managing Board Meetings in the Modern Era 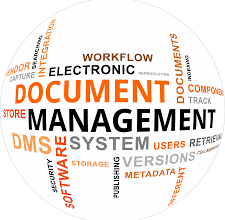 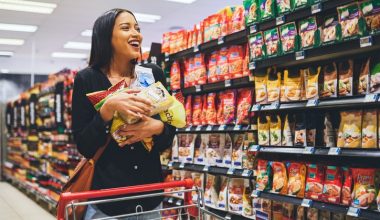 Read More
MManagement
Table of Contents Hide What is Market Clearing Price?What Is the Relationship Between the Equilibrium Prices and the…