People often mistake a layoff for retrenchment, but the two terms are not the same. While a layoff is volatile, retrenchment is not. Also, the duration of a layoff depends on its type. This article will show you how a layoff works, the different types of layoffs, and what you can do if you get laid off.

To lay off means to terminate or get rid of someone temporarily or permanently. This is typically done by a company/firm due to a business downturn in which there is insufficient work to be assigned to an employee who is registered with the institution and has not yet been retrenched. The types of layoffs include temporary and indefinite layoffs.

Employee benefits, such as salary or earnings, are terminated in a firm layoff. Employees who are laid off receive lay-off pay. As soon as the layoff is lifted, all of the laid-off employees should be reinstated in their previous positions. A layoff could be for one of the following reasons:

Layoffs generally affect groups of workers ranging from a few to thousands as a result of an employer’s cost-cutting efforts. An economic downturn or company restructuring may prompt this attempt. Such restructuring can be in the form of bankruptcy or a leveraged buyout by a private equity group

Layoffs are predictably unpopular among employees, regardless of whether they are referred to as “downsizing,” “rightsizing,” or “smart sizing.” Layoffs are often known as “workforce reductions” or “force reductions.”

Employees facing a late-career layoff may be given “early retirement,” which replaces a paycheck with retirement benefits. Companies wanting to avoid or reduce layoffs may also offer a buyout to longer-tenured employees as an enticement to depart voluntarily.

Employers may lay off workers even while their firms are booming. This is either to enhance earnings or because of a shift in markets served or operations.

The types of layoffs include temporary layoffs and indefinite layoffs.

The primary difference between layoff and retrenchment is that layoff is dynamic in nature (workers are recalled after the layoff time is complete), whereas retrenchment is non-volatile (full and final termination of services).

The employer terminates the employment contract with the employees for three key reasons:

Layoffs, VRS, retrenchment, discharges, and other methods of involuntary separation are utilized. Many people believe that layoff and retrenchment are synonymous. However, this is not the case.

Retrenchment is the process of reducing company expenses. When a company or firm implements retrenchment, it eliminates or reduces all unnecessary expenditures. This is usually done by reducing the variety of products or services offered and often by reducing the size of the company by closing down some of its offices. And this does not always imply a reduction in a company’s workforce.

It simply signifies the termination of staff services due to machine replacement or the closure of the unit due to a lack of product demand produced by the unit. During retrenchment, certain employees’ services are terminated, and they are sent home, with their link to the organization broken fully and immediately.

Key Differences Between Layoff and Retrenchment

A layoff differs from a furlough. In a furlough, workers are idled for a period of time due to plant repairs or another event necessitating a temporary work halt. Unlike laid-off employees, furloughed employees preserve their job titles and benefits with the prospect of someday returning to work.

Furloughs may also be imposed on government personnel. This can happen if legislators are unable to reach an agreement on the funding needed to pay their salaries. During a government shutdown, non-essential employees are often furloughed. However, essential employees may be required to work with pay delayed until a financial agreement is achieved.

Depending on their state’s eligibility standards, furloughed workers may be eligible for unemployment insurance benefits.

Read Also: HOW TO TERMINATE AN EMPLOYEE: Handling Termination of an Employee

Employers in the United States resorted to widespread layoffs during the early stages of the COVID-19 epidemic, when restrictions and infection fears halted travel, closed restaurants, and idled many other service businesses. According to the U.S. Bureau of Labor Statistics, employers in the United States shed more than 20 million jobs in April 2020 alone and 22.4 million for a two-month period ending the same month (BLS).

To keep jobs, the US government established the Paycheck Protection Program. This program provided loans to businesses to cover payroll expenditures that would be repaid under certain conditions. During the epidemic, the initiative encouraged businesses not to lay off staff.

Because financial market participants are most concerned with total employment, layoff numbers are often overlooked in favor of more recent monthly data on nonfarm payrolls and the unemployment rate.

A monthly report on layoff announcements is published by Challenger, Gray & Christmas, Inc., a supplier of career outplacement services. It recorded 24,286 announced job layoffs by US firms in April 2023 and in May 2023, a 14 percent increase from March and a 6 percent increase from the previous year. Despite the increase, the approximately 80,000 job layoffs disclosed by companies during the first four months of 2023 were the fewest in the survey’s history, spanning back to 1993.

Why Employees Are Laid Off

The most common reason for layoffs is that the company needs to decrease costs in some way. This requirement could be caused by a number of factors. These include debts that must be paid off, a lack of revenues as a result of a reduction in sales, or the loss of a line of credit.

Who Usually Gets Laid Off?

Many companies will first lay off employees who have been with the company for the shortest period. If this describes you, there is nothing you can do to improve your circumstances.

While laid-off individuals endure the brunt of layoffs, losing earnings and benefits as well as the happiness, purpose, and sense of security that work can provide, large job losses can also harm remaining workers, their communities, the broader economy, and even their businesses.

Layoffs, for example, understandably upset even workers whose jobs are saved. Thus, heightening their worry and instability while decreasing productivity and morale.

Employee productivity losses as a result of layoffs might offset the cost savings from a layoff. Layoffs, according to some economic research, “are more costly than many organizations believe,” and businesses that reduce their personnel without making other changes are unlikely to experience long-term benefits.

Large layoffs can also cause economic harm in the area where the laid-off workers live by reducing demand for other goods and services and reducing tax income, especially if the area is reliant on a single firm or industry.

What Should You Do If You’ve Been Laid Off?

The first step following a layoff is to carefully analyze your employment contract, as well as any severance compensation offered by your previous employer. This may contain provisions for severance pay, employee benefits, and health insurance coverage. Employers may impose terms on severance agreements, such as not claiming unemployment insurance. Before signing any documentation, you should discuss your severance agreement and have an attorney examine it.

When You Are Laid Off, What Happens to Your Health Insurance?

If you are laid off at the end of the month, your employer will usually stop paying for your health insurance. Following that, the government’s COBRA program allows you to continue receiving insurance for a period of 18 to 36 months, subject to specified criteria. COBRA coverage is substantially more expensive than employer-provided health insurance. Therefore, it may be preferable to seek coverage through one of the Affordable Care Act plans.

How Long Can I File for Unemployment After Being Laid Off?

If you become unemployed, you should apply for unemployment insurance benefits as soon as possible, according to the United States Department of Labor. To be eligible for unemployment benefits, you must have been laid off or fired through no fault of your own, and you must meet specific wage and work standards, such as the length of time you worked at your former job. Additional regulations may apply in some states.

You may be able to leave your 401(k) with your old company, depending on its size. Transferring plan profits to a new workplace (if they have a similar plan) or into an Individual Retirement Account (IRA) may be a better option. It is critical to transfer the money directly across financial institutions rather than letting your former employer’s 401(k) plan administrator send you a check. Otherwise, you risk incurring an unnecessary tax liability.

The primary distinction between being laid off and being fired is that a layoff is the employer’s fault, while a firing is the employee’s fault. The majority of employees are laid off due to cost-cutting, staff reductions, or mergers and acquisitions.

Can I say I was Laid off if I was Fired?

In many instances, employers are not prohibited by law from informing a subsequent employer that an employee has been terminated, laid off, or released. Even the reasons for your job loss can be disclosed.

Can I ask to be Laid Off?

Yes. Even if a company does not issue a call for voluntary layoffs, you can request one and initiate a discussion with management to determine what they might be willing to do.

Can a Company Hire after Layoffs?

Yes. There are no laws prohibiting the rehiring of terminated employees. Rehiring a laid-off employee can save you time and money because they are already familiar with your business practices and will not require additional training resources.

Are Layoffs a Good Thing?

Taking the long view, well-planned layoffs can help a company position itself for maximum profit. A company’s bottom line may not be directly affected by the efforts of all departments or employees.

How Long can my Employer Lay me Off for?

There is no time limit imposed on an employee when it comes to how long they can be let go or placed on short-term work.

Who Decides who gets Laid off?

When it comes to layoffs, these businesses may use the “last in, first out” policy, which states that the most recently hired workers will be let go before anyone else. Severance pay is an unusual perk offered by some companies to encourage employees to quit rather than be fired.

Layoffs are a harsh but unavoidable reality of life in a competitive and trade-exposed market economy. A layoff can be emotionally and financially detrimental to the affected individuals, as well as their families, communities, colleagues, and other businesses. Unemployment insurance and retraining programs offered by the government can help the newly unemployed.

What is a permanent layoff?

Permanent layoff refers to the indefinite termination of a working relationship between an employer and a worker that is initiated by the employer solely due to a lack of work for the worker to perform.

Can my employer lay me off without pay?

If you are laid off, you should be paid in full unless your contract states that your employer may lay you off without pay or on reduced pay. You may agree to amend your contract if it is not part of your employment contract.

Why is getting laid off good?

Following a layoff, you may be eligible for the following benefits: Payment for COBRA coverage to continue your medical, dental, or vision coverage while you are out of work. Job search aid, such as being sent to work with an outside agency that can assist you in finding a new position.

HOW TO ADDRESS A PACKAGE: Addressing an item for prompt delivery

IRA VS 401K: Differences & Which One Is Preferable 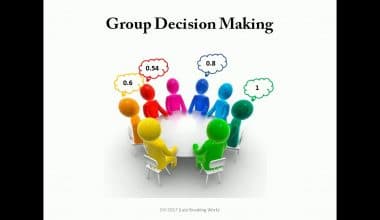