Unexpected events occur all the time, from pandemics to natural calamities. We all hope that the firm can continue to operate, but these circumstances might sometimes prevent a company from meeting its obligations. These disruptions are legally attributed to force majeure events, which translates from French to “greater force.” These are outside the parties’ control, including business owners, staff, vendors, and clients. Despite what it appears to be, force majeure is not implied in the common law. Instead, you must safeguard your company against the incapacity to provide your services. We shall examine the Force Majeure Clause contract and sample.

What Is a Force Majeure Clause?

In contract law, force majeure refers to a clause incorporated in many contracts that releases the contracting parties from their contractual duties in the event of exceptionally unexpected and unforeseeable circumstances.

The force majeure clause is activated by an extraordinary event or the emergence of an extreme set of circumstances that are fully beyond the control of the contract’s parties and render the contract unenforceable.

A declaration of war, a disease outbreak, a hurricane, an earthquake, or other natural disaster occurrences that fall under the legal term “act of God” are examples of circumstances that could trigger a force majeure clause into action.

It should be noted, however, that the mere occurrence of such occurrences does not constitute a force majeure provision. The catastrophic incident must also directly hinder at least one of the contract’s parties from executing their contractual responsibilities.

The goal of force majeure provisions is to relieve a party when they are no longer able to fulfill their commitments, typically as a result of a catastrophic, unforeseen disaster.

Common contracts that incorporate a force majeure provision include:

The Use of the Force Majeure Clause

Force Majeure Clause means “major force” or “greater (or superior) force” in French. The concept originated in French civil law as part of the Napoleonic Code and has subsequently established common law; in most countries around the world, from the United States to Singapore.

For the force majeure clause to apply as a contract law provision, many crucial characteristics must be present:

A force majeure provision in a contract often specifies the type of event or conditions that the contract’s parties agree would constitute a force majeure occurrence and trigger the clause’s application.

An Example of a Force Majeure Clause

Companies ABC and XYZ engage in a contract in which the former will supply the latter with component components; that ABC imports from the sole country where the parts are manufactured and that XYZ utilizes in the production of goods that it sells.

Because the commodities supplied by Company ABC to Company XYZ are imported from another nation; the companies may incorporate a force majeure clause in their agreement that specifically refers to unanticipated political acts; that may leave Company ABC incapable of meeting its contractual commitments.

For example, a political dispute may cause the government to impose a ban on importing any commodities from the nation; where Company ABC obtains its components. The embargo, which is clearly beyond either company’s control; would make it difficult for Company ABC to get the parts it has promised to supply to Company XYZ.

In such a case, the contract’s force majeure clause would release Company ABC from its duties to Company XYZ; at least for the duration of the embargo. On the lighter side, an English court recently ruled that an unfortunate conclusion of a football match does not constitute a force majeure occurrence.

For many individuals and businesses, the COVID-19 pandemic is a force majeure occurrence. As a result, numerous individuals and corporations are seeking relief from contractual commitments made prior to the Covid-19 outbreak.

Force majeure contract clauses are likely to be triggered by the pandemic in situations; where the government’s lockdown and quarantine measures render it impossible for one or both parties to fulfill their contractual responsibilities.

However, it is crucial to remember that a general decline in business conditions, such as a recession; is not regarded as sufficient grounds for a party to seek relief under a contract’s force majeure term.

Force majeure is restricted to the occurrences specified by the clause and the consequences of such events as agreed upon by the parties.
A party claiming force majeure would have to demonstrate that the event hampered or made impossible their capacity to meet the contract. Frustration is limited to events that make performance difficult or drastically alter the contract’s circumstances.

Simply copy and paste the sample force majeure clause language below into your existing contract templates. Make sure to keep the bolded fields up to date.

Forcible intervention. Neither party shall be liable for any failure to perform its obligations under this agreement due to causes beyond its reasonable control, including without limitation acts or omissions of government or military authority, acts of God, shortages of materials, transportation delays, fires, floods, diseases, labor disturbances, riots, or wars, provided that it notifies the other promptly of its invocation of this provision and makes diligent efforts to resume performance. For purposes of clarification, the customer acknowledges that in the event that recommendations are issued by: (i) NAVITAIRE’s parent company “Global Watch Program”

What are the ramifications of a force majeure event?

Should the aggrieved party be released from its contractual obligations? In some projects, a force majeure incident, such as lightning striking a power plant transmission substation and rendering it temporarily inoperable, is likely to have an impact on the entire project. In some projects, such as a water concession over an entire network, force majeure may have an impact on a certain treatment plant or pumping station but not the entire network.

The impacted party should have a clear obligation to minimize the interruption caused by force majeure.

Should certain occurrences be considered force majeure for one party but not for the other? To ensure that force majeure events only alleviate responsibilities to the degree that they prevent the party from performing them, care should be taken.

Is the contractor obligated to pay liquidated damages if completion or some other event does not take place by a certain date? If this is the case, the contract should provide that the date in issue is extended by any time the contractor is prevented from carrying out the activity in question.

How much (if any) should the contractor be paid even if it is unable to perform its obligations? This should be stated explicitly.

Is there an associated project agreement that may also be impacted? Is the language in connected project agreements “back-to-back”? For example, if a project business receives no income as a result of a force majeure occurrence under a power purchase agreement, will it still be obligated under the taking or pay terms of the fuel supply contract?

Lenders will want to make certain that the concept and treatment of force majeure are consistent across all project contracts. However, it should be noted that force majeure only excuses a party from acting under a contract to the degree that execution under that contract is hampered or impeded. As a result, it may be important to include a clause that specifically refers to situations in which a party is unable to perform its duties under another agreement due to force majeure.

Should there be a termination in the event of prolonged force majeure? Should a maximum term be established during which the impacts of a single incident or the aggregate duration of force majeure events within the concession period may last before one or both of the parties can act to either withdraw from the project or collect compensation for damages incurred.

The premise is that parties will have insurance and other resources to get them through a time of force majeure, but they should finally be able to cancel. If it chooses to continue with the project despite the ongoing force majeure, the project company’s compensation during the force majeure will usually be increased to offer an incentive to stay.

Force majeure provisions make a lot of sense in theory. For one thing, they let parties to better manage risk and protect themselves in the event that something unexpected occurs.

The main issue is that these clauses often favor the big guys because they are not always completely plain and straightforward. Furthermore, these clauses can be used by large, powerful insurance companies to get out of responsibility. In contrast, if the average Joe stands to benefit from a force majeure exception, he or she may lack the financial resources to demonstrate that the incident in issue qualifies.

What Are the 3 Elements of Force Majeure?

In general, for an incident to trigger a force majeure clause, it must be unanticipated, external to the contract parties, and severe enough to render the party unable to perform its contractual obligations.

What Are Examples of Force Majeure?

War, terrorist attacks, and pandemics, as well as natural disasters classified as “acts of God,” such as a flood, earthquake, or hurricane, are examples of events that could potentially trigger a force majeure clause.

Are there differences between common and civil law jurisdictions regarding force majeure?

The extent to which COVID-19 and its downstream effects and consequences constitute a qualifying force majeure event is highly fact-specific and depends on, among other things, the contract terms, the specific facts, the governing law, and how courts in the relevant jurisdiction(s) interpret force majeure provisions.

FEDERAL LAWS THAT PROTECT EMPLOYEES: Why Your Boss Cant Mistreat You 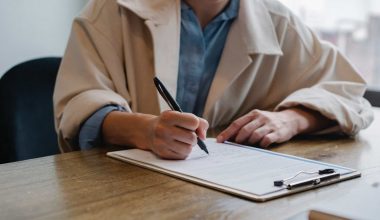