SUBROGATION: Best Easy Guide, US Practices, & All You Need

Subrogation is one of the equitable doctrines in countries with common law legal systems. It is a legal doctrine that states that one person has the right to enforce the existing or revived rights of another for one’s benefit. A right of subrogation typically arises by operation of law, but it can also arise by statute or agreement. For example, when you file a claim, your insurance company covers the costs and attempts to recover them from the people that caused your injury or property damage. Although there are terms whereby you can waive your insurance company’s subrogation rights. We will discuss in detail how to deal with insurance subrogation, including how to waiver or file a claim.

Subrogation is a legal term that means “substitution.” This term can be extremely useful if a third party damages your property but refuses to accept responsibility. In this case, your insurer will act in your place to recover the claim amount from the negligent party. It allows you to transfer all legal rights to your insurer to claim money from a third party. The indemnity clause covers it too. An indemnity clause is a contract between a policyholder and an insurer; that specifies the procedures and obligation to compensate the claim amount in the event of damage or loss to your property

How does Subrogation in Insurance work?

Subrogation is a common approach in the insurance industry that involves three parties. The insurance company, the policyholder, and a third-party that is liable for the damages. When the policyholder files a claim for the cost of damage sustained in an accident caused by a third party.  The insurance company may take on the task of recouping the claim amount. Before beginning the recovery process, the insurer requests the legal right to sue the negligent individual. The insured grants the insurer all legal rights to pursue the third party on his or her behalf.

However, some insurance companies may include deductible amounts in the process. In that case, the insured will have the legal right to the claim amount; as well as deductibles once the responsible third-party pays the insurer’s damage costs.

Furthermore, a policyholder can keep track of the legal procedures for recovering the claim amount from the other party who did the damage to the insured property by reading the policy wordings.

What Does Subrogation Mean in Law?

If you were hurt in an accident that caused damage, you may hear the word “subrogation” at some point. Subrogation in law means that one person or group can make a claim instead of another.

What Does It Mean to Subrogate Someone?

The right of subrogation, in its simplest form, is the legal authority to pursue a claim on behalf of another party. In spite of how the term sounds, being “subrogated” to another party’s claim does not place you below that party. This gives you the freedom to pursue the goal as if it were your own.

A situation whereby a car accident occurred between Jude and Paul. As a result, John’s car was severely damaged and will need $2,000 to repair. Fortunately, John’s car was insured, and he was able to recoup the entire cost.

An investigation finally revealed that Paul was at fault for the accident because he exceeded the speed limit. Because Paul caused the damages, Jude’s insurance company decides to recover the full amount of the claim from him.

In such a case, Jude’s insurance company can recover its losses through the subrogation doctrine. The insurer can sue Paul to recoup its losses while also representing Jude’s interests in court.

What Is a Subrogation Claim?

A subrogation claim occurs when your insurance company intervenes and sues the at-fault driver on your behalf for damages.

This is common when your insurance company settles a claim you filed with your opponent while assigning fault in a car accident.

If the other opponent is the one at fault, your insurance company will file a subrogation claim against them. This is to recoup the money they paid out to you for medical bills and car repairs. In most cases, each driver’s insurance company handles this process before notifying their clients.

If you receive a subrogation claim without car insurance, you may be in legal trouble, but you can also use that opportunity to resolve it with your opponent before going to court. But it is preferable to have car insurance in the first place.

Subrogation waiver means giving up or renouncing your rights. In general, insurance companies waive their right to recoup compensation from third parties. When the insured waives the right to recovery; they want to keep the peace between both parties. For his/her peace of mind, the individual responsible for the damage to the insured vehicle would like you to waive your rights. This eliminates the possibility of a conflict between you and the liable third party.

This is also a provision for the policyholder to waive his or her insurance company’s right to seek reimbursement from the negligent third party. In that case, the premium for this special policy agreement may be slightly higher.

Generally, there are three types of subrogation in Insurance:

Equitable subrogation is the process whereby an insurance company recovers the claim amount from the third party who harmed the insured property. There are some instances in which subrogation cannot be exercised for example damage caused by a flood or earthquake.

Principle of Subrogation In Insurance

Below are some of the basic rules and regulations that govern the subrogation process:

Who Can Claim Subrogation?

The right of subrogation says that if your insurance company pays for medical bills or disability benefits from an accident you didn’t cause, it can get the money back from the person who did cause the accident.

What Are the Purposes of Subrogation?

The goal of subrogation in insurance is to get back the money or claim that was paid out for damage that was caused by someone else. When this happens, it should be the third party’s insurance that pays for the damage, not yours!

How to Deal With a Subrogation Insurance Claim

You can easily involve your insurance company if someone files a claim against you. But what happens if you don’t have insurance? Things can become more complex. In this case, to deal with any subrogation insurance claim, you will need to follow some of these instructions below.

If you must deal with a subrogation claim on your own, you must be aware of the legal procedures that petitioners and defendants must follow. When responding to a legal suit, you will need to take certain steps, including filing a petition. You should hire an attorney to deal with a claim against you unless you can handle it yourself. This is also important if you want to file a counterclaim with the court, because the timing of such a filing also matters. Competent legal counsel assists you in avoiding costly mistakes that could result in the loss of your claim in court.

A waiver of subrogation is an agreement between parties to waive any subrogation about a specific claim. This occurs when you and the other driver involved in an accident agree to settle directly with each other. However, many auto insurance companies do not allow their customers to sign a waiver of subrogation and require them to notify the company first.

This type of settlement may cause you to pay less than the insurance company’s demand. This is because insurance company lawyers receive a portion of the money from claims that they handle, and doing so outside of court allows them to get their money faster.

How Do Subrogated Claims Work?

Subrogation is a way for an insurer to get back money it gave to an insured person by filing a lawsuit in the name of the insured person against a third party who caused the loss.

What is the rule of subrogation?

The rule states that if an insurer pays a loss to its insured as a result of another’s wrongful act, the insurer is subrogated to the insured’s rights and may sue the perpetrator for recovery of its expenses.

Aside from the financial burden of repaying a delinquent student loan, subrogation will harm your credit score.

How long does an insurance company have to settle a subrugation claim?

What do insurance investigators look for?

Insurance investigators usually lookout for financial records, such as bank statements, credit card statements, loan statements, lines of credit, and mortgage documents. Information relating to the insured property, such as proof of registration and service records in the case of a motor vehicle claim and telephone records

How to Move to Another State: Step-by-Step Guide 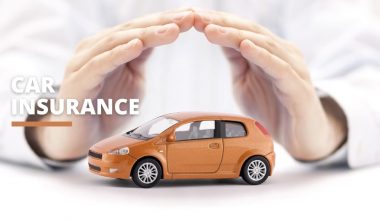