Home OVERDRAFT PROTECTION: Definition & How Does It Work
FFinancial Aid

OVERDRAFT PROTECTION: Definition & How Does It Work

With overdraft protection, a tenant with a balance of $550 can withdraw $700 without fear of insufficient funds. This service is offered at a cost by the banks because the transaction requires additional processing. However, your bank provides such a service to ensure that your transactions are covered if you have insufficient funds in your checking account. In this article, we’ll further discuss Wells Fargo Overdraft Protection, Bank of America overdraft protection, Chase checking account, and how it works.

What is Overdraft Protection?

Overdraft protection is a program by your bank that ensures that your transactions are covered if you don’t have enough money in your Chase checking account. The bank will transfer money from another linked account to the overdrawn account automatically. Although the bank may charge you for this service, it is normally much less expensive than paying an overdraft fee. Bank policy regarding overdraft protection, including whether or not a fee is levied, differs. To determine if overdraft protection is good for you, ask your financial institution to explain the specifics.

No matter how many transactions must be covered, the bank will charge only one overdraft security transfer or advance fee each day. A fee of $12.50 will be charged for cash moved from a savings account or a home equity line of credit. The cost of a credit card advance varies. Interest begins to accumulate from the date the advance is made, depending on the amount of the advance.

Your account is overdrawn when the bank allows a debit purchase that exceeds your account balance. Usually, there are two outcomes. First, if sufficient money is available in an associated account, the bank will automatically transfer funds between your accounts. Second, the bank may decide to pay for the transaction on your behalf, putting you and the bank into a contractual relationship. In all cases, the bank may choose to charge an overdraft fee because the transaction requires additional processing.

There are several reasons why Wells Fargo is the most accessible bank in the country. They’ve recently taken steps to boost fee transparency and give customers more incentives. Their business banking choices are adaptable to the needs of any company, and they can grow with you. They offer three regular business checking options as well as analyzed business checking for firms with more complex suitability requirements.

Wells Fargo, like most banks, charges customers overdraft fees to cover overdraft protection or items that exceed their account balance. Overdraft costs at Wells Fargo range from $12.50 to $35. When you spend more money than you have in your checking account with Wells Fargo, there are consequences. The transaction type and associated accounts mostly affect the costs you pay.

The following are the manner in which Wells Fargo handles overdrafts:

Wells Fargo won’t cover ATM or routine debit transactions that exceed the balance in your account. Rather than charging a fee, it declines.

#2. For Checks and Regular Bills:

When it comes to checks and periodic bill payments, the institution, like many others, utilizes its discretion. You’ll be levied an overdraft fee if these payments go through without adequate money in your account.

Wells Fargo charges one overdraft protection transfer or advance per day, for all transactions, no matter how large or small. A cash withdrawal from a savings account or a line of credit will incur a $12.50 fee. Because of the effect of the variable cost on the cash advances made via credit cards, the rate of interest on such advances increases daily.

You can choose to have the bank accept Wells Fargo debit card and ATM transactions if you don’t have enough cash in your checking or savings accounts to qualify for overdraft protection when a transaction occurs using the debit card overdraft service. Most of the time, a $35 overdraft charges per item.

The following are two strategies to cut down on your overdraft fees:

Overdraft Protection by Bank of America

Bank of America today announced major improvements to its overdraft services, including the elimination of non-sufficient funds (NSF) fees in February and the reduction of overdraft costs from $35 to $10 in May. In May, the business will stop charging a transfer fee for its Balance Connect overdraft protection service. Overdraft charge revenues will be reduced by 97 percent from 2009 levels, thanks to these and other improvements over the last decade, as well as industry-leading products that can assist consumer clients to avoid overdraft fees, such as the no overdraft cost SafeBalance® account Balance Assist.

“We’ve made significant changes to our overdraft services and solutions over the last decade, reducing clients’ reliance on overdrafts and providing resources to help clients manage their deposit accounts and overall finances responsibly,” said Holly O’Neill, Bank of America’s President of Retail Banking. “We consulted our National Community Advisory Council (NCAC) throughout the process for advice and feedback on our proposed improvements.” These next actions will provide even more help and empowerment to our clients as they work to achieve long-term financial wellness.

How Can I Prevent Overdraft Charges?

The simplest approach to avoiding overdraft penalties is to keep your account balance positive at all times. Check your account balance on a regular basis, and if you pay certain bills by autopay (such as your credit card), make sure you have enough to cover the amount before the payment each month.

You might also try enrolling in your bank account’s overdraft protection, but be sure there are no fees related in any way. If your bank or credit union charges a fee for moving funds from a linked bank account, consider switching to a no-cost account.

The Advantages of Overdraft Protection

Overdraft protection has the following advantages:

The Disadvantages of Overdraft Protection

How much is overdraft protection usually?

Overdraft insurance is frequently free at online banks, but with traditional banks, you can anticipate paying anything between $10 and $12.50 every transfer.

Can you withdraw money with overdraft protection?

An optional feature called overdraft protection assists in paying for purchase transactions that exceed your authorized credit limit and would typically be rejected due to inadequate cash. Overdraft protection does not apply to ATM withdrawals, bill payments made through the app, or money transfers to other people.

Is an overdraft better than a loan?

Make sure to pay off your overdraft as soon as you can to avoid paying excessive interest rates if you are unable to obtain an overdraft that is interest-free. On the other hand, a loan is probably a better choice if you need to borrow a considerably greater sum, maybe to pay for significant or vital home upgrades.

Is an overdraft worse than a loan?

In particular for long-term borrowing, the interest rates on an overdraft may be greater than those on a credit card or personal loan. Your credit score and future capacity to obtain credit may be impacted by having a high debt load. There is no set schedule for repayments like there is with a personal loan or credit card.

How does overdraft work?

By withdrawing more money from your current account than is in it, or by going “overdrawn,” you can borrow money through your current account. This usually comes with a fee. Remember that an overdraft is a form of loan even though you can request one from your bank or they may just provide it to you.

Yes. Using an unplanned overdraft on a regular basis might hurt your credit score since it informs potential lenders that you have trouble managing your funds.

How much is overdraft protection usually?

It normally costs between $10 and $12.50 per transfer. Because banks are not allowed to include overdraft protection as a standard account feature, clients must request it.

Is it possible for me to pay down my overdraft in installments?

Yes, there is nothing preventing you from repaying your overdraft in installments. Overdrafts, unlike many personal loans, do not have a predetermined repayment schedule.

CONFIDENTIALITY AGREEMENT: All You Need to Know 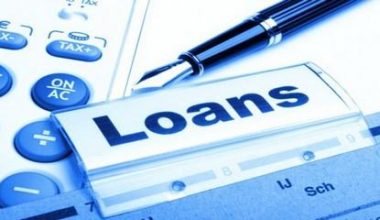 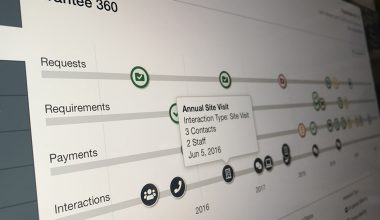