Concepts of Subprime Meaning, Subprime Mortgage, Subprime loan, and Subprime crisis are our key concentrations in this post.

The meaning of subprime refers to borrowers or loans offered at rates well above the prime rate and have poor credit ratings. This is a result for borrowers that have below-average credit classification or also borrowers with a tarnished or limited credit history. All these are subjects to higher than average interest rates. Most often Lenders use a system called the ‘credit scoring’ to determine which loans a borrower may qualify for.

Subprime borrowers are presently at less risk than in other types of unsecured subprime lending products. This is because the mortgage itself is in guidance with a home as collateral. Sometimes some borrowers are referred to as subprime even having a good credit history. Because the borrowers have decided not to provide verification of income or assets in the loan process.

Even still subprime borrowers may experience more hard time in obtaining a mortgage. And also, they should expect to pay a higher interest rate than average borrower. The loans for the Subprime classification are called the stated income and stated asset (SISA) or No income No asset (NINA) loans.

Up to 25% of these mortgage originations are known as subprime.  This is exactly why the term originates its name from the prime rate. A rate at which businesses and individuals with a good credit history borrow money from.

About one-quarter of the domestic housing market are the makeups of the subprime. Their products include credit and non-mortgage loans. In the past subprime has contributed to financial crises by lending in higher risk even in the lower credit rating of borrowers.

Generally, mortgage loans are put either as prime or subprime, according to the risk of the borrower defaulting on the loan. A mortgage is subprime if it’s given to someone who has poor credit meaning a credit score below 650. The types of mortgage loans include adjustable rate mortgages, fixed-interest mortgages, and also interest-only mortgages.

Subprime mortgages are loans that banks intentionally grant to subprime borrowers. Which do not include loans that develop credit problems after acquisition. Also, subprime loans that are later upgraded to prime loans, or government-insured loans.

Lenders offer subprime mortgage loans, but the process requires much longer documentation. And also, lenders must verify that borrowers can pay off the loan. Subprime borrowers on their part have also been delinquent, bankrupt, or have low credit scores and also low income. They’re subprime if the borrowers have been bankrupt in the last five years. And also, if the borrowers annual income is less than half of the total yearly principal + interest payments on the loan.

According to the Federal Deposit Insurance Corporation (FDIC) lenders have been reluctant on lending funds to subprime borrowers. Specifically, because of these reasons which include that they’ve been delinquent on payment with two or more 30-day delinquencies in the past year. The lender has no choice but to write off or write down the loan. Also they go for a judgment against them in the last two years.

Interest rate associating with a subprime mortgage is usually high. So as, to compensate lenders for taking the risk that the borrower will default on with the loan. Largely why the 2008 financial crisis blames the large part on proliferation of subprime mortgages brought in offering to buyers incapable in the years leading up to the meltdown. The interest rate associated with a subprime mortgage is also depending on four factors which include: credit score, the size of the down payment. And also, the number of late payment delinquencies on a borrower’s credit report, as well as the types of delinquencies found on the report.

Typically, mortgage applicants are in grades ranging from A to F, with the A scores going to those with exemplary credit. And then, the F scores going to borrowers with no ability to repay a loan at all. Lower-rated candidates resign themselves to subprime loans if they’re going to get loans at all.

A subprime loan is simply a loan lenders offer to borrowers who do not qualify for conventional loans. Due to various high-risk factors which include poor credit history, low income, and a high debt-to-income ratio. The loans have higher interest rates than conventional loans because of the heightening risk associating with subprime borrowers.

This is a way of offering finance to individuals with poor credit, low income, or who have credit history with limits. Most types of loan have subprime options because focus on the borrower’s income. Instead of their credit score to ensure that the borrower has enough money to repay the loan. Although there is officially no credit score cutoffs for many types of loans.

Subprime loan fundamentally aid people with poor or little credit history qualify for loans. And also, help them in buying a house, car, or financing other things that they may be hard or impossible on their own.

Because many borrowers may have the financial ability to pay off a loan. But in most cases need help qualifying for a loan because of their credit history. Predatory lenders look for desperate borrowers who have exhausted other options, know little about loans, and charge these borrowers high interest and fees. In some cases, the lenders go as far as hindering a borrower’s ability to repay the loan by charging high-interest rates. And also, by taking advantage of a borrower’s situation or lack of financial understanding. Virtually almost all states have laws to prevent high-interest rate loans and control predatory lending although it still occurs.

There are subprime options for most loan types because all subprime loans function similarly. Particularly because they are loans for borrowers with a high risk of defaulting. For the most obvious reasons of low credit scores, poor or little credit history, a high debt-to-income ratio, or other factors. The types of subprime loans include

PROS AND CONS OF SUBPRIME LOANS

Subprime loans have bad reputations mostly because of their name, high-interest rates, and their association with predatory lending. However, there are some benefits to getting a subprimes loan when you don’t qualify for a conventional loan. But the borrowers must also be capable of repaying a loan.

Although subprimes loans possess some positive qualities, you should only borrow if you are sure enough that you will be able to pay off the loan. Only in paying off this loan early, will you benefit and also, fix your credit score. Again, there are much higher fees associated with subprimes loans. Defaulting on this loan will ruin your credit score.

The concepts of subprime meaning crisis or meltdown is the sharp increase in high-risk mortgages. This meltdown in 2007 was a part of the mid-2000’s housing boom along with its low interest rates. And also, many lenders offer home loans to borrowers with poor credit.

At the time when the real estate bubble burst, many borrowers could not make payments on their subprime mortgages because of the crisis. The concepts of subprime crisis meaning led to the financial crisis, the Great Recession, and also a massive sell-off in the equity markets. A booming economy was what led to increasing in the demand for homes and subsequently, mortgages. However, the housing boom is also what led to record levels of homeownership in the U.S. Making banks and mortgage companies have difficulty in finding new homebuyers.

During the early-to-mid 2000s, lending standards that some lenders were using became so relaxing. And so, its result sparks the creation of the NINJA loan: “no income, no job, and no asset—no problem.”. Mortgage-backed security (MBS) is an investment that is similar to a fund that contains basket home loans. This investment also pays a periodic interest rate. The securities were bought from the banks that issues them and sold to investors in the U.S. and internationally.

Investment firms were also eager to buy these loans and repackage them as mortgage-backed securities (MBSs) and other structure credit products. However, many subprime mortgages were adjustable-rate loans (ARM). This means the concepts of subprime crisis meaning it is a type of mortgage loan where the interest rate can change throughout the life of the loan typically having a fixed interest. Also, the rate of this loan can change or reset within a certain number of months or years.

When the housing market started crashing, and borrowers were unable to pay their mortgages, banks were also full with loan losses on their balance sheets. And unemployment increasing across the nation, many borrowers foreclosed on their mortgages.  Unfortunately, the Great Recession started, resulting credit and liquidity to dry up.  Many of the subprime adjustable-rate mortgages were in high interest rates.

Sudden increase in mortgage rates is the major role in the growing number of the failure to make the loan payments–starting in 2007 and heightening in 2009.  Job losses throughout the economy is also a major feature that did not aid. Because many borrowers were losing their jobs, and their mortgage payments were going up at the same time.  It is nearly impossible to refinance the mortgage to a lower fixed rate without a job. The losses were large that some banks were out of business or bought by another bank to save them.

The US concepts of subprime crisis meaning is a multinational financial crisis between 2007 and 2010 which contribute to the 2007–2008 global financial crises. Triggered by the large decline in home prices after the collapse of a housing bubble. And leading to mortgage delinquencies, foreclosures, and also devaluation of housing-related securities. Following also declines in residential investment and Great Recession, reductions in household spending, and then business investment. Spending reductions were also more significant in areas with combining of high household debt and large housing price declines.

Subprime is loans offered to people with really poor credit ratings and above the prime rate as well. These loans are great risks and are never good advice to anyone. All you need to know including their crisis also pros and cons. They all are topics to understand above in our discussions above. 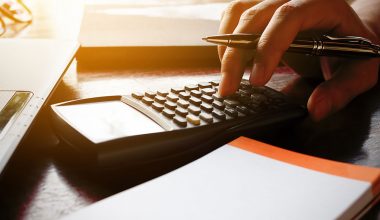 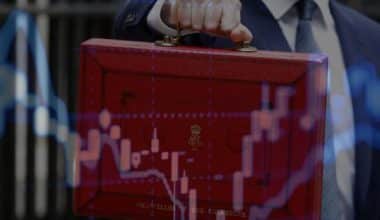 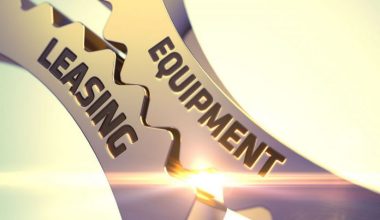