With the exponential rise in the cost of living in several cities across the country, making a decision concerning a change in environment has become more difficult; especially for business individuals who wish to take a break or move entirely. Well, if you are reading this post, then you most certainly fall into one of these categories. So it’s pretty vital that you have the information contained in this post handy. It not only helps you with your planning but also contributes to deciding which cities to avoid altogether. In the course of this article, I will show you the top cities with the highest cost of living in the US and the world at large.

Get your seatbelts ready and let’s ride!

The following are the highest cost of living cities from the normal bill down to utility and groceries to help you choose better.

Honolulu inhabitants spend a high price on almost everything. Groceries are around 70.9 percent more expensive than the national average. Whereas utilities are 102.2 percent more expensive. However, wages are not significantly higher to make up the difference. Honolulu’s typical household income is $85,857. This is more than the national median of $62,843, yet it falls far short of San Francisco’s typical income of $112,449

If you intend to reside in Honolulu, prepare to pay extra for basic necessities. The high cost is much to the extent that even one dozen of eggs that cost $1.24 in Iowa run $2.58 in Honolulu. You could imagine such a thing, so prepare your mind to spend more money if you intend to live or go on a business trip to Honolulu.

As the center of the globe’s most powerful country, I guess it explains Washington, D.C.’s high cost of living. The city has a plethora of governmental and private professions, due to several federal agencies, research tanks, lobbying firms, and thriving tourism industry. The average home price in the District is roughly $692,000, while the average household salary is approximately $86,420.2022. In Washington, D.C., a family of four requires $79,696 in funds to make a decent living, comparable to Boston.

As one of the highest cost of living cities in the US, New York City tops the list. The metropolis, which has a population of almost 8.4 million people, is also at the top of the rankings of the world’s most costly cities. Manhattan’s cost of living is 154 percent more than the national average.

The typical cost of housing in New York’s five boroughs is approximately $662,535, relative to a national average of $293,349.34 Home prices in Manhattan easily surpass $1 million. Everything within New York City is more expensive, from groceries to public transit.

Massachusetts’ grocery and healthcare costs outstrip the national average by 25.9 percent for healthcare and roughly 15.7 percent for food. Boston has a thriving higher education environment and a thriving innovation economy that rivals Silicon Valley. And historic landmarks go back to the 13 original colonies, making it one of the country’s top tourist attractions.

Every day, people decide to leave San Francisco due to the city’s exorbitant cost of living and out-of-reach housing costs, which have been proven to destroy several a budget. Within the city, the median property price is more than $1.4 million, and the city’s key sectors include tourism, information technology, and financial services.

Residents of this 1.4 million-person metropolis have a typical family income of $79,600. allowing them to spend on luxuries like as high-end restaurants, yacht clubs, and other premium types of leisure. The average home is worth $829,062.

Los Angeles conjures up images of wealthy, gorgeous movie stars, although the film business plays only a minor role in the city’s thriving economy. The city’s shipping industry is extremely important, as the Port of Los Angeles is one of the world’s busiest ports. The city’s high cost of living is exacerbated by a thriving manufacturing industry and a notable start-up environment. Some ZIP codes raise home costs.

Miami is the one city in the southern United States that ranks in the top ten most expensive. A large number of affluent foreigners, the presence of a major international monetary fund.  And the busiest cruise ship port in the world all contribute to the high cost of living in Miami. The average household income in Miami Beach is $53,900.

A family of four would require an income of $71,500 to earn a living in this fashionable metropolis filled with newly built residential and commercial structures.

Because of Silicon Valley’s prominence, everything within San Jose is pricey, including average home prices that exceed $1 million.

The average household income is roughly $109,500. The city’s numerous IT industry firms contribute to a lower-than-average unemployment rate.

Residing on the extreme side of the Bay Bridge may give Oakland a less costly option than San Francisco. However, the city is still more costly than most cities in the US. The median property price is $938,733, while rent exceeds $3,000 per month. This is roughly double the national average rent of $1,600.

Highest Cost of Living Cities in the World

Aside from the Eiffel Tower, the Louvre, and the gleaming Champs-Élysées, France’s historic capital is also the globe’s most costly city, with a cost of living index of 104. (Even though Paris went from first to second in 2022).

This sun-drenched city on Israel’s Mediterranean coast surpassed the EIU’s ranking for the very first time, rising from fifth place in 2021. The city obtained a cost of living score of 106, owing mostly to the strength of the Israeli shekel relative to the US dollar. It also observed a rise in supermarket and transportation costs in 2022. Most importantly, it is the most costly city in 2023.

It’s not surprising that the world’s financial and banking capital is also one of the highest cost-of-living cities in the world. The city is as absolutely gorgeous as it is costly, with a cost of living rating of 103 due to its mountainous location on Lake Zurich.

Despite the fact that Hong Kong is a Chinese “special administrative area,” the city was ranked among the cities with the highest cost of living in the world. In addition to other variables, Hong Kong had the most exorbitant petrol prices in the world in 2022, with a median cost of $2.50 per liter. Consequently, the cost of living in 2022 was rated 101.

Singapore has historically been lauded for its exceptionally spotless streets and buildings. However, residing in what is possibly the world’s cleanest city comes with a cost. The metro was tied with Paris (104 points), making it one of the highest cost of living cities in Southeast Asia and the world at large.

Geneva is the second Swiss city to make the top ten list. The costly metro, with a cost of living rating of 99 in 2022, is located near the Continental Divide on the vast Lake Geneva. The city is a banking center as well as the headquarters of Europe’s United Nations and the Red Cross.

On the 2022 Cost of Living Report, this northern, water-bound city received a score of 97. Whereas the cost of basic necessities is high in Copenhagen, the city is populated with residents who are more likely to get on their motorbikes than hop in their cars which you would think would make gas and transportation more expensive.

Dublin is without a question one of Europe’s most gorgeous cities, with its huge bodies of water such as the River Liffey, and lush green mountains. However, as major titans like Google and Amazon set up headquarters here, it has resulted in being one of the highest cost of living cities in the world.

Brazzaville, the capital of the Republic of Congo, is a significant commercial hub and the location to be for everything business. Every year, the Pan-African Music Festival is held in this vibrant city.

The historical structures of Vienna provide a backdrop for Austria’s most populous metropolis. With so many people, though, comes a tough housing market. In 2022, the average property price in Vienna had risen by more than 10% from the previous year.

Shenzhen is famous among China’s youthful generation, where the average age is 32.1 years old. Rental and grocery expenses are very high in this area, but at the very least, utilities are super cheap!.

Bern combines a small-town feel with a huge city price tag, with a big apartment renting for a median of $2,200 per month. Many people value the city’s stunning fountains and historical buildings.

Over the last decade, two million new residents have migrated to Beijing, resulting in a large number of individuals in need of housing. The population is a big factor in the highest cost of living, and why the rent for a one-bedroom apartment has more than doubled in ten years, from roughly $360 to $700.

Shanghai, as one of China’s biggest cities, provides vitality. However, because there are so many people who live and work here, including many millionaires and billionaires, the neighborhood has some of the highest cost of living cities in the world.

The Canton Fair in Guangzhou is China’s biggest and most historic trade fair. Not just that, yet with 60 percent of the global highest 500 corporations have an investment in the mega-city, with 120 establishing headquarters here. So, being one of the highest cost of living cities in the world shouldn’t be surprising, should it?.

If you ever want to start a business or even buy a home in London, be prepared to invest a lot of money. Due to high demand and limited supply, retailers frequently charge higher prices to cover their rent.

Ashgabat, Turkmenistan, is one of the highest cost of living cities in the world. The mountainous area, which frequently suffers from excessive inflation, is just dripping with luxury. With almost 500 white marble structures scattered around the city, it even holds the global record for the largest density of white marble structures.

What’s the Most Expensive City in the World 2023?

This sun-drenched city on Israel’s Mediterranean coast surpassed the EIU’s ranking for the very first time, rising from fifth place in 2021. The city obtained a cost of living score of 106, owing mostly to the strength of the Israeli shekel relative to the US dollar. It also observed a rise in supermarket and transportation costs in 2021. Most importantly, it is the most costly city in 2022

Why Is Tel Aviv So Expensive?

According to the EIU’s 2021 Worldwide Cost of Living study, Tel Aviv topped the rankings mostly because the Israeli currency’s new shekel’s appreciation versus the US dollar has made local prices more costly.

Which State Is the Highest Cost of Living?

Hawaii is the most costly state in the United States to live in. With a cost of living index of 193.3, the expense of living in Hawaii is almost twice the national average.

What 3 States Have the Highest Cost of Living?

Most Expensive States in America

What Is the Fastest Growing City in America 2023?

Even though news from Silicon Valley has caused San Francisco’s housing market to drop faster than any other in the country, the city still had the highest GDP growth in 2023, at 4.8%.

What Will Be the Biggest City in the Future?

The Top 10 Biggest Cities by Population in the future.

The highest cost of living in cities isn’t just costly for anything, the people, structure, and commercial and governmental effects all contribute to the cities being costly.

The Evolution of Marketing (Explained) 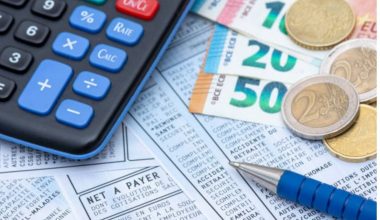 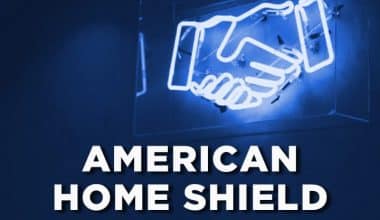