Home WHICH SPORTS MAKE THE MOST MONEY: 10 Highest Paid Sports in the World
CCareers

WHICH SPORTS MAKE THE MOST MONEY: 10 Highest Paid Sports in the World

Sports are a popular way to pass the time and one of the most popular industries in the modern world. Sports have been incorporated into educational systems throughout the world. Here are some significant numbers to consider if you’re considering quitting your 9-to-5 job, dedicating yourself to studying a new sport, and then developing your abilities to the level where you can join the professional ranks. Based on average athlete wages, I’ve included the most incredible sports that are the most lucrative in this article. I also highlighted sports that make the most money in 2023.

Professional Sports League that Makes the Most Money

The league-by-league average player pays in the sports industry for 2019–20. With each player earning a staggering $8.32 million annually, the NBA has the highest average salary among professional sports players.

Who in Sports Makes the Most Money?

Athletes are paid millions of dollars and represent their country with distinction and honor. Athletes work incredibly hard to achieve the best possible level with everlasting focus and dedication.

Professional athletes earn significant sums of money from sponsorship deals and their pay from competing in the games. These contracts occasionally have lifetime values in the millions of dollars. Every competition aids the players’ capacity to make substantial money.

These major sporting events, like the most recent Olympics held in Tokyo, are organized by numerous nations and include athletes from all over the world competing for millions of dollars in prize money.

According to Forbes, the richest athlete has a net worth of about $2 billion, which increases the sector’s profitability.

Being given the chance to pursue a professional athletic career is undoubtedly a lifelong dream come true. However, a career in sports requires a lot of hard work and determination.

Check out our list of the highest-paid sports in the world if you or your kids are thinking about a career in sports.

It also relies on the candidate’s physical and cerebral attributes if you’re wondering which sports bring the greatest money.

The top 10 sports in the world that make the most money in sports is shown below!

Basketball is the most profitable sport in the world, taking the top spot. The NBA is the world’s most well-known and successful basketball league, with 30 teams.

Basketball attracted sportsmen from all around the world as players started spending very large sums in the 1970s. It is also the most viewed sport in the USA and Canada.

Basketball players in the NBA are normally 6 feet 7 inches tall. Every basketball player aspires to play in the NBA. Michael Jordan, a former NBA star, had the highest annual income, coming in at $343 million.

Michael Jordan is among the richest athletes worldwide, with over $2 billion net worth. Two active NBA players, LeBron James, and Steph Curry are among the highest-paid athletes in Forbes magazine. Sports involving basketball are at the top of the list because of the substantial endorsement deals and straightforward branding.

Boxing, one of the world’s oldest sports, debuted in 688 BC, or more than 2700 years ago. In terms of compensation, it now holds the second-place spot among all sports played worldwide.

Boxing is particularly well-liked in the US, Europe, Asia, and Africa. Boxing is a combat sport inside a ring between two competitors, making it a game with high risk and high reward.

Participants must be exceptionally fit due to the sport’s demands to achieve anything significant. Many well-known boxers have made money from various events and bouts. Boxing competitors make astronomical sums of money through endorsement deals, gambling, and pay-per-view commissions.

The top fighter was paid a record $333 million for just one bout. The wealthiest boxing athlete on the planet is Floyd Mayweather, whose net worth has been estimated to be $450 million. The boxing contest between Floyd Mayweather and Manny Pacquiao garnered the most attention and popularity in history.

American football, usually known as One of the most popular and extensively followed sports in the world, is “football.” USA, with millions of spectators. The National Football League (NFL) consists of 32 teams and is the world’s most well-known American football league.

For most football players, playing in the league is their ultimate desire. The NFL is the professional sports league with the highest average attendance globally.

Football is the third highest-paid sport in the world and is played at all levels, including high school, college, and professional.

Roger Staubach, a former American football great who earned $253 million a year, is the sportsperson who earns the most money. The NFL is one of the most well-liked leagues in the world, even though it is only broadcast in the USA.

Even though it’s one of the hardest sports to perfect, golf is also one of the simplest. Even though golf has been around since the 15th century, it didn’t become popular in the US and Europe until the 17th century.

One of the richest golfers and highest-paid athletes is Tiger Woods, who is thought to have an estimated net worth of $800 million. Notably, the great golfer led Forbes’ list of the wealthiest golfers a record-breaking 11 times.

For the most part, Tiger currently ranks at the top of Forbes’ list of the wealthiest athletes. Well-known competitions, including the United States Open, British Open, and PGA Championship, are held worldwide.

Undoubtedly, soccer is one of the most popular sports globally, with almost 4 billion fans worldwide. It is utilized in almost every country. Soccer has become more popular in Asia, Africa, and Europe since it first emerged in the 1950s.

Soccer is the fifth-highest-paying sport across the globe. The highest-paid football player took home $127 million.

Cristiano Ronaldo, a professional soccer player from Portugal, has a net worth of more than $1 billion through endorsements and salary. He is the wealthiest soccer player in the world.

Tennis is the sixth-highest-paid sport in the world and one of the most lucrative sports, with millions of fans worldwide.

The United States Open, French Open, and Grand Slams are the tennis tournaments and events with the most widespread recognition. Participants in this sport come from all genders. The fact that female tennis players rank among the highest-paid female athletes in the world is interesting.

Roger Federer, a Swiss professional tennis player, currently has a net worth of $450 million, making him the wealthiest player in the sport.

One of the most watched and well-liked sports in the USA is ice hockey, the seventh-highest-paid sport in the world. Ice hockey is a team sporting activity played on an ice rink, either indoors or outdoors.

The highest-paid ice hockey player earns close to $99 million annually. Ice hockey, which is also popular in the US, Australia, and Russia, is Canada’s national winter sport.

The International Ice Hockey Federation (IIHF) governs the sport, and the NHL (National Hockey League) is the strongest ice hockey league in the world. The richest ice hockey player is famous Canadian star Wayne Gretzky, with a net worth of $250 million.

Baseball is the ninth highest-paid sport in the world and is extremely popular in South Korea, Japan, and the USA. The players earned the highest annual salary of $38 million. The first performance was made in the 18th century.

The IBAF, often known as the International Baseball Federation, is responsible for selecting and enforcing baseball regulations.

Numerous MLB players have long been consistently listed among the richest athletes on the Forbes list. American former baseball player Alex Rodriguez has the highest net worth of any baseball player at $400 million.

Auto racing is a very well-liked spectator sport in the USA and Europe. Along with being exciting, auto racing is also one of the riskiest sports.

Checking on the list of the most popular sports, payouts, it ranks ninth, with the highest payout ever going to an auto racing driver at $18 million.

The first race was staged in 1867, and auto racing has existed since the invention of the car. The richest person involved in auto racing is former German driver Michael Schumacher, who has an estimated net worth of $800 million.

Michael now has the unbreakable record for the most victories and quickest laps in a season.

More than 120 years ago, in 1899, Charles Minthorn Murphy was recorded as a biker who was the first to complete a mile in under one minute. The nickname “Mile-a-Minute Murphy” was conferred upon him due to his success.

Thanks to the development of bicycles and other vehicles, cycling is widely recognized as a physically demanding sport. In terms of prize money, cycling contests consistently rank among the top events held across the globe.

In addition to their financial gain, well-known riders can promote various businesses by participating in races.

Among the world’s highest-paid athletes, legendary cyclist Lance Armstrong came in at number nine in 2010 with a staggering $28 million in earnings, according to Forbes. In 2023, Lance will earn a high salary compared to other athletes.

How Do Sports Organizations Make Money?

The sports sector generates cash in a variety of ways. They are as follows: Sales of tickets at sporting events. Merchandise sales. Brand sponsorship partnerships – for example, Nike pays sports teams and athletes millions of dollars annually to promote their brand. Viewership rights are sold to television networks.

Who Will Be the Wealthiest Athlete in 2022?

Michael Jordan, a retired NBA player, is the world’s richest athlete. He has a net worth of $1.6 billion and continues to generate money from sponsorship deals. The richest active athlete, though, is pro golfer Tiger Woods, who has an estimated net worth of $800 million. Sports activities provide entertainment for fans.

It is, however, their bread and butter for the athletes that compete in these events. Most of them train and hone their skills for several years, including their childhood.

Athletes can become extremely wealthy and famous through sports. That is what draws a lot of young people to careers in this field. But being a terrific athlete requires more than simply a desire for riches and notoriety. Without intense love and skill, one cannot provide their best. While fame and money might come from athletics, these benefits can only be earned through effort.

If you read this article, I hope you found it entertaining. Please let us know in the comments section if any of the sports we’ve included are also among your favorites.

Small Business in Texas: How To Start One? 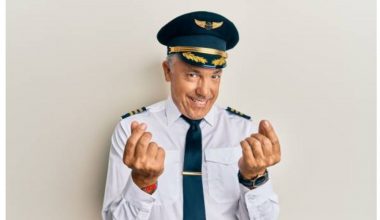