As a student, you’ll like to major in something that interests you while also enabling you to make money after you graduate. Many degrees are deemed useful and have proven to guarantee a job after you graduate. Some may not be among the most popular, but they stand out among the highest-paying degrees. That said, let’s go through the most useful degrees you can go for in 2023.

According to the Bureau of Labor Statistics, the following are the most useful college degrees in terms of post-graduate employment and median yearly wage:

A biomedical engineering degree prepares students for careers in a variety of sectors, including manufacturing, medical device creation, and research and development. The purpose of biomedical engineers is to design and develop technology to tackle medical problems. This occupation is anticipated to rise by 4% through 2028, with a median annual wage of $88,550.

A Bachelor of Science in Maritime Engineering degree prepares students to work on a variety of marine operational systems, such as offshore structures, boats, and submarines. Physics, mechanical engineering, and differential equations are among the required subjects. This occupation is expected to expand at a quicker rate than the majority of others between 2018 and 2028. After graduation, the median income is $92,560.

A computer engineering major studies physics, mathematics, and computer science to understand how to evaluate, design, and implement diverse computer software and hardware. This professional path is expected to rise by 6% through 2028, with a median yearly salary of $114,600.

A bachelor’s degree in finance opens up a variety of job options for graduates, including positions as an accountant, financial analyst, or financial advisor. Individuals in finance earn a median annual salary of $68,350.

Civil engineering majors learn how to design, create, and manage infrastructure systems like those seen in construction projects. Construction engineers also oversee projects that construct and repair airports, bridges, and other sorts of community structures. Civil engineer employment is predicted to increase by 6% between 2018 and 2028, with an average yearly salary of $86,640.

Top 10 Degrees That Guarantee A Job

With UK university graduates currently carrying the most debt in the world, it is becoming increasingly wise to choose the highest paying degrees that are likely to guarantee a well-paid job. Knowledge broadens the mind, sets us free, and all the other cliches – yet what we truly want from universities is graduates with practical, job-related abilities. As living costs grow and the cost of higher education rises, many students understandably wonder whether university programs offer the best value for money. Let’s take a look at some of the degrees that are most likely to guarantee a job:

#10. Design and the Creative Arts

Degrees in the arts are frequently derided as qualifications for those who are unable to meet the rigorous academic demands of more serious topics yet guarantee a job after school. The fact that 87.9 percent of these graduates went on to find jobs or further their education in this field demonstrates the sector’s vitality and economic importance.

With the growth of globalization, businesses now have access to the entire world as a market. The diversity of languages can be an obvious impediment to this, so fluency in multiple languages will undoubtedly be seen as an asset. Spanish and Mandarin are among the most demanded languages, and degrees in this field guarantee that you find a job within 6 months of graduating.

Someone with a sound knowledge of how a business works will be an asset to any company. 88.3 percent of graduates with this degree found work within six months of leaving university, a figure up from 85 percent back in 2013.

Many specialists predict that we are on the cusp of a biotech revolution, a boom that will be spoken of with the same importance as the industrial revolution by future historians. Better drugs and antibiotics, stem cell applications, and improved organ transplantation – are among the things that graduates in this field will be working on. There is a guarantee that an astonishing 89.2 percent of students with degrees in biological sciences will get a job in their chosen area within 6 months of leaving university.

A degree in law has always been a highly sought-after honor, possibly because it nearly guarantees well-paid and intriguing employment. In this litigious age, graduates with a law degree are in high demand, which is why 89.9 percent of respondents in the HESA poll found work or additional study within 6 months of finishing their course.

With London’s skyline straining for the stars and skyrocketing house prices causing designer apartments to spring up all over the city, architects and planners are in high demand. However, they are not only needed in London, as seen by 90.1 percent of these graduates finding work or furthering their education across the country.

We keep hearing how the rising bureaucracy and interminable lesson plans are discouraging people from becoming teachers; this could explain why 94.4 percent of those with degrees in education found work or additional study within six months of graduating.

Because of the huge demand, this is such a broad category. If you have a degree in any medical topic, such as neurology, reflexology, parasitology, or microbiology, you will almost certainly find work after graduation. Within six months, 95.3 percent of students with one of these qualifications found jobs or went on to additional specialty education.

Many people aspire to become veterinarians as children, but few really complete the four years of veterinary medicine; instead, they study human anatomy. There is a high demand for graduates in this profession, thus, 95.9 percent of them will find work or further their education within six months.

Most people would have expected these subjects to be at the top of the list. We are all living longer lives, which implies that we will require more healthcare for longer periods of time; and our sweet tooth means that dentists will always be in demand. Within six months of graduating, an astounding 96.6 percent of students with a degree in Medicine or Dentistry either found work or continued their education in their area.

Beyond your passion for a particular major, you should also consider the level of pay behind it. The following are the top paying degrees to consider

Human resource is one interesting major that pays well and has many job opportunities. A human resource degree may be what you’re searching for if you’re organized and good with people. Human resource managers are in charge of hiring and training new personnel in firms.

A human resources major in college can be incredibly beneficial. Human resource agents are paid a lot of money to help companies find the finest candidates for available positions.

If you prefer people over math or science, a bachelor’s degree in human resources can ensure you graduate with a well-paying job at the end of your four-year schooling.

One advantage of majoring in computer science is that technology is constantly improving, thus there is always a demand for these individuals. After completing a computer science program, you can expect to earn a good living.

#3. Engineering in Electrical and Computer Science

#4. Engineering in Electronics and Communications

With chemical engineering, the engineering world continues to dominate the top of the list.

If you appreciate science, math, and design, chemical engineering is an excellent college major. Most universities provide specializations such as biotechnology.

A bachelor’s degree in actuarial mathematics can prepare students for a variety of math jobs. Not to add that it’s a well-paying degree.

But what exactly is actuarial mathematics?

Actuarial mathematics is a multidisciplinary field that includes:

While studying any subject of engineering can lead to a high-paying job, petroleum engineers are especially in demand.

Petroleum engineering majors, the highest-paying college major, go on to work in gas and oil production and related industries.

As a petroleum engineering major, you will study a wide range of topics, including:

Obviously, a degree in petroleum engineering will require a lot of science and math classes, but if you excel in those subjects, you could find yourself with a starting salary of more than $100,000 after graduation. To excel in this field, you won’t even need to further your education beyond a bachelor’s degree.

What are the most popular degrees?

What is the most regretted major?

Journalism is the most regretted college major, according to the study. If given the opportunity, 87 percent of the sampled graduates would choose a different major.

What degrees do richest people have?

The majority of the world’s billionaires have earned at least a bachelor’s degree and often an MBA to get where they are today. Most students choose to major in either engineering or business. It takes a lot of hard work and commitment to become a billionaire.

Which degree is more profitable?

MBA is the traditional pathway for business professionals and one of the top most profitable degrees for those who want to advance into high-level and high-paying roles. The graduate degree includes courses in a broad range of subjects and lasts for a minimum of 1 year to 3 years.

What degree is most employable?

We looked specifically at bachelor’s degrees awarded by American colleges and universities that guarantee full-time employment within a year of graduation. Some of the most important results we obtained are as follows: There is a high demand for graduates with bachelor’s degrees in fields like mathematics, chemistry, history, music, and teaching in the United States.

What degree takes the longest to get?

A doctoral degree is one of the longest degrees to achieve, it can take more than 7 years of intense study to complete.

What’s the easiest bachelor’s degree to get?

According to most sources, a bachelor’s in business administration is the most commonly sought-after college degree among all majors.

Many people choose their degrees based solely on their enthusiasm and curiosity. While this is good, it’s important that you choose among the degrees that will be useful to your pocket. It’s already hard enough finding a job in the real-world economy. Choosing one of the most useful highest-paying degrees can make it much easier to thrive in the job market instead of barely scraping by.

FAQs On Most Useful Degrees

What is the hardest degree?

What is the hardest college class?

How difficult is a law degree?

Earning a law degree is difficult since you are expected to put in a lot of effort. This task consists primarily of researching and comprehending difficult legal matters replete with novel legal terminology and unique jargon. 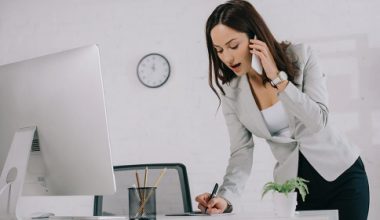