No other platform dominates internet streaming as much as Twitch. Twitch, founded in 2011 by Yale graduates Justin Kan, Emmett Shear, and Kevin Lin, has attracted gamers and Jeff Bezos.
Amazon bought the startup in 2014, just three years after it was founded, and it now offers thousands of channels on its platform.
How does Twitch make money, and how much profit does it make, with Amazon backing its operations? Continue reading to discover.

Twitch, owned by Amazon, is a platform that allows gamers to be broadcasters, spectators, and participants in their favorite gaming communities.
Users can create channels, live stream their gaming, post recorded clips, watch other streams, and comment on them in real-time. It gives gamers a place to observe other expert gamers or entertainers play. Contrary to popular belief, watching people play video games has become extremely popular, and Twitch caters to this precise need.

Twitch’s popularity is growing as more games are aired, and given the current market speed, the streaming site has no intentions of slowing down.

How Does Twitch Make Money?

Nonetheless, with expected annual sales of around $500 million, Twitch has been able to carve out several revenue sources during the last few years. Being part of the Amazon ecosystem allows them to establish more sales chances.
The following section will examine in depth each of the current methods Twitch makes money.

Subscribers on a Twitch channel can express their support for the content provider. The subscription concept is separated into three tiers, with monthly fees of $4.99, $9.99, and $24.99.
Aside from the joy of financially supporting the streamer, Twitch memberships provide many other advantages. These include stuff like:

… and many others. Twitch earns money through a revenue-sharing agreement with the content developer. To be more specific, Twitch gets a 50% share of every subscription sold through their site.
Twitch has been known to reduce the share it takes from the platform’s more popular streamers. Some can keep between 60% and 100% of the subscription money, encouraging them to stay on Twitch site.
Twitch’s competitors, such as YouTube Gaming, monetize their customers through subscriptions.

Bits (also known as Cheer Bits) are the platform’s internal money that viewers may use to support and cheer on the streamer.

As with the subscription model, the creator will receive a percentage of the money for each bit received. The creator receives 60 to 80 percent of the Bits earnings.
The actual percentage is determined by various factors, including the number of Bits received the popularity of the creator, the region, and many others.

The typical Twitch user is 21 years old, according to Statista. This age group, by definition, has less disposable money than their elders. As a result, many users cannot pay for any of Twitch’s premium features.

Twitch has permitted video advertisements on pre-recorded videos and live streams to compensate for its free customers’ lack of income.
Streamers are compensated depending on their CPM (Cost Per Mile) performance, which is the amount paid by an advertiser to a content provider for every thousand visitors who see his or her adverts.

Twitch would first negotiate ad contracts with marketers (e.g., Nike, Nintendo, or any other company willing to advertise). The content author is then paid a percentage of the advertising pool based on his CPM performance. The rest goes to Twitch.
Twitch creates a customized contract with each content provider, detailing their individual prices and incentives. It also includes a secrecy restriction, making it difficult to determine the amount streamers make from advertising.

The video advertising can be played whenever the content providers choose. Pre-roll (before the video/stream begins) and mid-roll (in the middle of the video/stream) adverts are the most prevalent.

CPM pricing is seasonal, with payouts varying wildly depending on the time of year (ranging from $2 to $10 per 10,000 views). Historically, the months of June, October, November, and December are when marketers pay the most for ad space.

The retail section is where the cooperation with Amazon shines. Twitch fans can now purchase Twitch-branded items through the Amazon store, which opened in October 2017.
The goods are Amazon-exclusive, which means they can only be purchased on Amazon. Because of the (extreme) fandom many platform users display, items can be sold at larger margins.

Furthermore, Amazon handles payment and shipment execution. If the user has Amazon Prime, the purchase is frequently just a few clicks away.
Customers can purchase gift cards and even dog accessories in addition to clothing. Twitch merchandise is virtually available in every nation where Amazon operates and sells.

How Do Twitch Users Make Money?

Twitch broadcasters can apply for the Twitch Affiliate or Partnership programs, which allow them to earn a percentage of Twitch’s advertising and subscription revenue. Acceptance into the program is contingent on meeting specific criteria, such as having a particular number of viewers and a certain number of broadcasts per week.

Bits are virtual commodities channel followers can buy and use to encourage their favorite streamers in chat. By typing “Cheer” in the chat box, followed by the number of Bits desired, the user can magnify their message to include animated Bit gems or other forms of animation. Amazon payments are used to purchase bits. Twitch gives participating Affiliates and Partners a percentage of the revenue generated by Bits equal to one penny for Bit used to Cheer for them (subject to specific terms and conditions).

Viewers can show appreciation for their favorite streamers by subscribing to their channels. A subscription allows a viewer to pay a recurring or one-time monthly charge. Subscribers then gain access to the channel’s different advantages. Subscriptions can be gifted to other Twitch members by those who purchase them. Finally, Amazon Gaming is bundled with Amazon Prime subscriptions, and each membership includes one free Twitch channel subscription every month. Streamers receive a percentage of the revenue paid for channel subscriptions according to the platform’s terms.

Twitch has also worked with game development businesses to provide incentives to top gamers, such as scholarships. E-tournaments are held regularly on the Twitch platform, and winning participants are rewarded.

Twitch users can now collect PayPal donations from other users in exchange for offering game tips, cheats, and hacks.

What Distinguishes the Twitch Business Model?

Twitch is intended to be a content platform for esports competitions, personal streaming of individual players, and gaming-related chat programs. Twitch reached 3.2 million monthly users in its first year.

Google was supposed to be in talks with Twitch for a $1 billion acquisition in 2014 but eventually backed out. Amazon took advantage of the opportunity to enter the gaming market and add another diamond to its Prime Model. Amazon paid $970 million in all-cash for Twitch, which is now valued at $15 billion, giving Amazon a 1400%+ return on its investment. Twitch maintained its dominance in streaming gaming as Netflix, Disney, and Prime fought for streaming TV.

Some data that demonstrate the success of the Twitch business model:

Twitch is utilized in video game tutorials as a teaching tool. Twitch’s large audience makes it an appealing option for students to connect with one another and the instructor in real time. It is also used for software development learning, with user communities streaming programming projects and discussing their progress.

So, Twitch has raised a total of $35 million in three rounds of venture capital funding, according to Crunchbase. Thrive Capital, Bessemer Venture Partners, Y Combinator, Draper Associates, and others were among the company’s investors.
Twitch’s valuation was last made public when Amazon acquired it in 2014 for a whopping $970 million in an all-cash deal. According to Wall Street analysts, the company’s valuation increased to around $3.8 billion five years after its acquisition.
Unfortunately, Amazon is not currently disclosing how much revenue and profit Twitch generates.

Is Twitch free to use?

Yes. Twitch.tv is free to use and does not require a user account to view content. The ad-free Turbo mode is $8.99 per month, with various subscription packages available.

Is There a Difference Between Twitch and Twitch.tv?

When Twitch first appeared on the tech scene in 2011, few predicted that live streaming would become famous. Since its inception, the site’s focus has expanded beyond video games to food, travel, sports, and music. The platform had 30 million average daily visitors in 2020, with over seven million unique streamers going live each month. Since several changes brought about by the pandemic, live streaming has grown in popularity, as has the Twitch platform.

How To Make Your Idea Work. Part 1

APPLE MUSIC LOGO: History, Evolution & All You Should Know 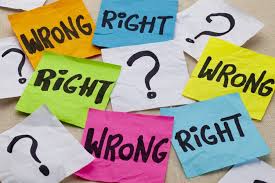 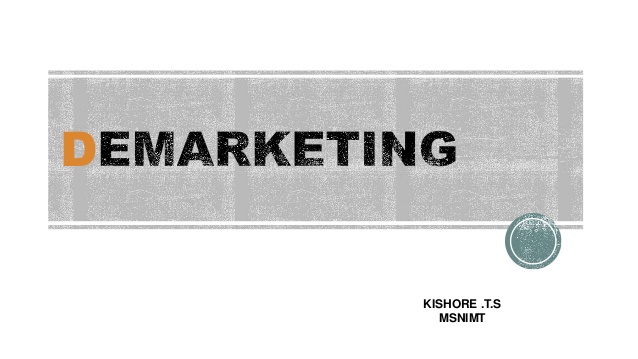 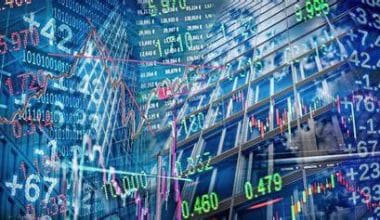