Home OVERDRAFT FEES: What They are and How To Avoid Them?
PPersonal Finance

OVERDRAFT FEES: What They are and How To Avoid Them?

Banks charge an average of $34 in overdraft fees. Overdraft fees cost over $450 more per year for frequent overdrafts than for those who are not enrolled in an overdraft protection program.
Let’s look at how overdraft fees operate, how much they cost, and how you may avoid them to save more money and better manage your finances.

What are Overdraft Fees?

Banks will charge you overdraft fees if you withdraw more money from your account than you have in it.

When an account is overdrawn, the bank provides money to meet the overall expense. The consumer is responsible for repaying both the overdrawn amount and the overdraft fee, which can sometimes exceed the original charge.

Overdraft fees can be a considerable and unneeded cost, especially if you have to pay them frequently. However, there are simple steps you may take to avoid them, as well as strategies to negotiate to get them waived if you are charged.

While most banks charge similar amounts for each fee, the way each fee works and when it is charged may change slightly. The various fees associated with an overdraft are among the highest checking account fees charged by banks. Besides the usual overdraft fee, you may meet the non-sufficient funds (NSF) fee, the overdraft protection fee, and the extended overdraft fee.

The most noticeable fee associated with an overdraft is the overdraft fee, which occurs whenever the bank accepts a transaction that exceeds your available amount. When you overdraw by less than $5, most banks do not charge an overdraft fee.

Every bank and credit union has a daily restriction on the number of overdraft fees it will impose. Banks typically impose a maximum of 4 to 6 overdraft fees per day per account, while a few outliers allow up to 12 in a single day.

The nonsufficient funds (NSF) fee is charged if your bank chooses to reject a transaction that exceeds your balance. Almost every bank charges the same amount for overdraft and NSF fees, and the two are sometimes displayed as one figure in your fee schedule.

Because a bank must choose between accepting and refusing an overdraft, a single overdraft will cost you either an overdraft fee or an NSF fee, but never both. When calculating the daily maximum, a few banks differentiate between the two fees. For example, U.S. Bank will only charge up to four overdraft fees per day but counts the limit on NSF fees individually, so you may end up paying eight distinct penalties in a single day.

Overdraft insurance is frequently provided for free by online banks, but if you use a traditional bank, you should expect to pay anything from $10 to $12.50 for every transfer. While this may save you money over incurring overdraft or NSF fees, if the bank’s policy does not contain mandatory alerts for each overdraft transfer, you may end up depleting your savings before you realize it.

Some banks charge this fee every 5 days, while others charge it every day until you raise your balance back over zero. The quantity of extended overdraft fees that you can incur varies per bank.

Example of an Overdraft Fee

If you have an automatic overdraft service with your bank, the bank may cover the amount and you will still be reimbursed. Your account balance will fall below zero, resulting in a negative balance that represents the amount you now owe the bank.

Assume you have $50 in your account but need $75 to cover an unexpected bill, such as a car repair. You’re $25 short, but the bank lends you the money, and the payment goes through. Assume your bank charges a $30 overdraft fee. That $30 fee, plus the $25 overdraft fee, would result in a -$55 account balance.

How to Avoid Overdraft Fees

Overdraft fees are easy to avoid if you follow a few simple steps.

While overdraft fees are intended to assist you to avoid humiliating and inconvenient unpaid bills, you are not required to use the program. When you open a new account, part of the paperwork you fill out asks if you want to use this service.

If you choose not to have overdraft protection, your bank will not cover you if you overdraw your account and will return any payments you are unable to make as unpaid — but you will not be charged the overdraft fee.

#2. Make use of an account that does not charge you.

Capital One, Ally Bank, and Alliant Credit Union are among the financial organizations that have discontinued collecting overdraft fees on their accounts. You can always switch to a new bank to save even more money in the long term.

Setting up an alert to tell you when your account balance falls below a specific amount is a simple approach to help yourself avoid unexpected overdrafts and save on fees.

For example, you could set up automated notifications whenever your account balance falls below $250; that way, you’ll know to avoid spending more than that amount until you’ve deposited new funds into the account.

It is important to note that the linked account must be with the same institution. Some banks will still charge a fee for using overdraft protection.

Keep a little extra money in your account to cover any overlooked or unexpected costs.

“One common mistake consumers make in this area is failing to consider recurring transactions such as subscriptions or automated monthly payments,” explains debt expert Jackie Beck. “Keeping a buffer in your checking account above and beyond what you regularly spend each month is one approach to avoid overdraft fees.”

How to Persuade Banks to Waive Overdraft Fees

If you are assessed an overdraft fee, you are not necessarily obligated to pay it. It doesn’t hurt to try to negotiate a fee reimbursement. Here are a few actions you can take.

There’s no guarantee that will work, but you may always call the bank and respectfully request that the charge be removed from your account.

“If it’s your first infraction,” says Chris Abrams, founder of Abrams Insurance Solutions, “your bank will frequently work with you.”

Your chances of succeeding improve if you overdraw your account infrequently, remain polite and are otherwise a good bank customer. But don’t anticipate a simple yes. Prepare an explanation for why the bank should waive the fee for you.

You can also utilize an app to assist you to negotiate overdraft fee reimbursements. Cushion, for example, monitors your bank accounts automatically and negotiates with the bank to obtain a refund if you are charged an overdraft fee. Just keep in mind that this procedure can take up to 90 days.

Overdraft Fees: Do They Affect Your Credit?

Overdraft fees have no direct impact on your credit or credit score. This is due to the fact that banking history is not disclosed to the three credit bureaus—Experian, TransUnion, and Equifax. However, if you fail to pay a negative balance on your bank account and the account is turned over to a collection agency, the collection account may appear on your credit report and harm your credit score.

Negative records on this report, such as unpaid overdrafts, may make it more difficult to create a new bank account, which is why it’s critical to keep your account balances above zero.

You can get one free ChexSystems report every year to check your banking history. If you find outstanding account balances, strive to settle them as quickly as feasible. After that, you can request that the financial institution erase the record from your ChexSystems report. However, removal is ultimately their decision.

What happens if you have an overdraft fee?

If you do not raise your balance over zero, the bank may cancel your account and send any outstanding sum to a collection agency. Banks may also provide overdraft protection in the form of an automatic transfer from a linked account to pay a purchase if you do not have enough money in checking.

Can overdraft fees be refunded?

Some banks will refund an overdraft fee if you contact customer care and explain your position, especially if you are a loyal customer who rarely overdraws your account. Other banks may avoid a formal program that waives or assists you in avoiding overdraft fees. 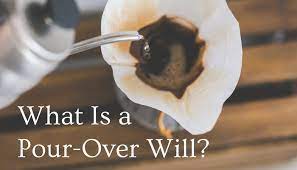 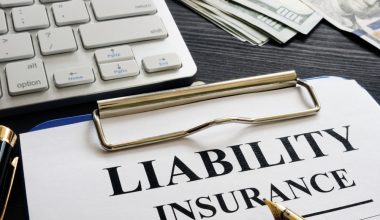