Interest Income is the revenue given to an organization for lending its money or allowing another organization to use its cash. On a bigger scale, interest income is the amount that generate by an investor’s money invested in a project or venture. We’ll be looking at what is interest taxable income and the tax rate.

Where is the interest income shown?

Interest income is taxable and reported on the income statement because it is an income account. Typically, the two-income statement categories, “Income from Operations” and “Other Income,” their list are separate. In such a case, the display of interest income will be heavily influenced by the nature of the principal operations of the business.

If, for instance, interest income is a significant source of revenue for the company, it falls under “Income from Operations.”. If it is not a main source of income, it is categorize as “Income from Investments” or “Other Income.”

An illustration of interest income

A very simple illustration of daily interest income is when a person deposits money into a savings account and chooses to leave it intact for several months or years. However, t The money will not stay idle in his account since the bank will utilize it to make loans to borrowers. Then the bank will generate interest through lending money, but it will also pay interest to depositors.

The account statement will indicate the interest that the bank pays for borrowing the account holder’s money at the end of each month. Meanwhile,  It is vital to note that banks practice “fractional banking,” which implies that only a portion of client deposit accounts can be used as borrowing funds by the bank. The bank must have a specific amount of deposit account funds – referred as the reserve – on hand. It is not legally permitted to lend out all of the money that consumers have deposited with it.

The primary distinction between interest income and interest expenditures is as follows:

Interest income is money gain by an individual or organization for lending their funds. Either by depositing them in a bank or acquiring certificates of deposit.

In contrast, interest expenditures are the inverse of interest income. It is the cost of borrowing money from a financial institution, a bank, a bond investor, or another lender. Moreover,  Interest expenditure is incur to assist a firm in funding its activities. Such as the acquisition of competitors or other companies, or the purchase of extra machinery, plant, and property.

Businesses may record interest expenditure and interest income differently in some situations, whereas others merge them and identify them as “Interest Income – Net” or “Interest Expense – Net.”

Dividend income is not the same as interest income. The former is a fee payment for allowing another person or organization to utilize one’s finances. Whereas the latter is a fee payment from the company’s profits to the firm’s equity and preferred shareholders.

The process to Determine Interest Income

You can calculate simple interest in a few easy steps. Let’s take a look at the procedure below:

Divide the yearly interest rate by 100 to convert the percentage result to a decimal amount. For instance, a 2% interest rate divided by 100 equals 0.02.

Multiply the decimal figure by the number of years the money is borrowed. For instance, multiplying 0.02 by 3 years yields 0.06.

To finish the calculation, multiply that value by the amount in the account. Assume the principal amount borrowed is $5,000; multiplying the figure by 0.06 yields $300. Thus, $300 is the interest earn on the money lent during a three-year period.

Almost all sources of income are taxable, including passive income such as interest on savings accounts and investments. However, it depends on the type of investment, interest may be tax differently from income (such as wages).

Regular income is typically the money earn by the taxpayer from employment. The vast majority of interest income is tax at the same rate as ordinary income. Moreover,  Interest income also counts toward the tax bracket in which the taxpayer is classified by the IRS. This means that, in certain circumstances, investment interests can push them into a higher tax band.

A 1099-INT is issued for interest paid. However, this form should be sent to taxpayers by any financial institution that paid them more than $600 in interest during the calendar year. Even though the person does not receive a 1099-INT, the income must be reported on their tax return. Meanwhile,  If the taxpayer’s taxable interest income exceeds $1,500, a Schedule B may be necessary.

Interest Not Taxed as Ordinary Income

Some sorts of interest may be tax-exempt taxation. This includes the interest in municipal bonds. Moreover,  Bond investments benefit the state, municipal, and county governments. The revenues raise by the issuance of municipal bonds may be use for schools, sewer systems, roadways, and other public projects by the local government. The Internal Revenue Service does not tax the interest earned on these bonds, and many states do not either.

A “private activity bond” is a similar bond that is not taxed at the federal level. Meanwhile, this bond is similarly issued by local governments, but it intends to provide funding for private enterprises involved in certain approve projects. In addition, the state normally does not tax the received interest payments if the bond is issued in the state where the taxpayer resides and files their tax return, but this is not always the case with out-of-state bonds.

The majority of interest income is taxable as regular income on your federal tax return and is so taxed at ordinary income rates. Nonetheless, there are a few exceptions.

In general, most interest income is taxable at the point you receive it or can withdraw it.

Interests are taxable as though they were ordinary income.

Most interest is normally taxable at the same federal tax rate as your earned income, such as:

Is Interest Income a Kind of Wealth?

As the payments are anticipated to be made within a year, they are included as current assets on the balance sheet. further reading. Some businesses choose to refer to this kind of money as penalty income.

Is Interest Income Considered a Cost?

Interest income is the money a business “earns” through investing its funds in low-risk assets like government bonds, marketable securities, and certificates of deposits (CDs).

How Should Interest Income Be Recorded?

Debit your Accrued Interest Receivable account and credit your Interest Revenue account to record the accrued interest for a certain accounting period. Your accounts for revenue and receivables grow as a result.

Where Does Interest Income Belong?

Why Does Interest Income Count as a Cost?

The fee incurred by a business for borrowed cash is known as an interest expenditure. A non-operating item that appears on the income statement is interest expense. It stands for the interest due on all borrowings, including bonds, loans, convertible debt, and credit lines.

Is Interest Negative or Zero?

Interest income is one of several ways for businesses and people to make money. Depositing funds in a bank is a decent method to begin collecting interest, albeit the interest rate on a regular savings account is not particularly high.

Is interest income an asset?

Accrued interests are reporting on the income statement as a revenue or expense, depending on whether the company is lending or borrowing. … Because accrued interest is expected to be received or paid within one year, it is often classified as a current asset or current liability.

What interest income is taxable?

What is interest income example?

A very simple example of interest income that happens every day is when an individual deposits money into a savings account and decides to leave it untouched for several months or years. … The bank will earn interest by lending money out, but will also pay interest to holders of deposit accounts.

Why would a company have interest income?

Some companies earn a great deal of income from interests, often in the form of bonds. But most firms that show an interests expense on their income statement do so because they’ve borrowed money to fuel growth and to fund their operations.

How much amount of interest is tax free?

Start Up Business Loans: Best Government Loans In The UK 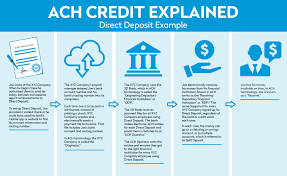