Auctions are a key component in procurement. There are several distinct types of auctions used in procurement, and each one is slightly different or follows slightly different guidelines. While reverse auctions are a typical procurement method, another sort of auction that is gaining prominence is the Dutch auction. So, in this post, we will learn more about Dutch auction sales, how it works, and also look at some examples.

What is a Dutch Auction?

A Dutch auction can be used to determine the best price for a stock offering in an IPO. Government agencies also employ them for the public offering of Treasury bills, notes, and bonds.

The underwriter does not set a predetermined price for the shares to be sold in the Dutch auction method for an IPO. The quantity of shares to be sold is defined by the corporation, and the price is chosen by the bidders. Buyers place a bid with the number of shares they want to buy at a specific bid price. The highest bid is at the top of the list. The corporation works its way down the list of bidders until the complete number of targeted shares is sold.

The offering price is decided by the last price covering the entire offer quantity. The price per share is the same for all bidders. A Dutch auction encourages aggressive bidding because the nature of the auction procedure protects the bidder from bidding too high.

Assume Compu Inc. is pricing its shares for an IPO through a Dutch auction. In its initial public offering, the company intends to sell 400 shares.

In this case, the IPO would be priced at $120 per share because the last bid of 15 shares at $120 completed the total amount of shares that Compu Inc. is looking to offer. Investors B, A, D, and E would be able to purchase shares for $120 instead of $450, $300, $200, and $150, respectively, in their initial bids. Investor C would be out because the number of available shares has already been taken.

Consider the following scenario of a dutch auction, but with different bid prices:

Dutch auctions are not the same as reverse auctions. For starters, they are often run by the seller rather than the buyer. Another thing to keep in mind regarding the word “Dutch auction” is that it actually refers to two different types of auctions, and while they are similar, there are some key differences to be aware of.

The seller runs both of the Dutch auction types. The seller sets a fixed reserve price before the auction begins to protect against value loss. The price is then set at the highest feasible buying point at the commencement of the auction. From there, the price gradually decreases until a customer accepts it. The first bidder wins the Dutch auction, assuming the price does not go below the reserve price.

This is the more traditional of the Dutch auction variants, and it is less competitive than what we consider regular auctions, in which buyers compete for the highest price.

A market structure auction is the second form of Dutch auction. The price of a good or service being sold is only decided once the seller has reviewed all of the bids received. The price-point with the most bidders defines the overall price of the bundle or batch of goods and services being offered.

In other words, the bidding phase of this sort of Dutch auction is used to ascertain the fair market value of the commodities or services, which is then applied to the total amount of the offering.

A Dutch reverse auction is a sort of auction sales that includes a list of products that buyers are interested in purchasing. In the dutch reverse auction sales, the item’s price raises at predetermined intervals until a reserve price is met. If a provider puts a bid for the item before the reserved price is achieved, it is awarded to the supplier and the item is closed for bidding.

The buyer selects the starting price, price change value, time interval between price adjustments, and reserve price in this auction.

When all items have been bid on, the auction is declared closed.

In this dutch auction sales, the auctioneer raises the price from a low beginning point until a bidder agrees to sell at the indicated price. A reverse Dutch auction, for example, could be used to discover someone willing to postpone travel plans on an overbooked flight. The airline raises the compensating price until someone raises his or her hand, at which point the auction is terminated. A passenger who is unwilling to give up his or her seat for $50 may be more inclined to give it up for $100, $200, or more.

Why Is Dutch Auction Important?

Typically, the price of an IPO’s shares is decided by an investment bank following multiple valuation estimates and discussions with possible investors. On the other hand, a Dutch auction is potentially more efficient at determining the “correct” price that balances supply and demand.

Small investors, according to supporters of the Dutch auction approach, have greater access to IPOs because the usual offering procedure involves investment banks funneling IPO shares to their best clients, who gain immediate profits (assuming the stock price rises). However, some analysts believe that buyers pay more for stock sold in Dutch auctions. This is because, in the traditional system, investment banks underprice offerings to ensure that all shares sell. Furthermore, they claim that traditional IPOs help shareholders since the first increase frequently associated with traditional IPOs generates an impression of success that drives the stock further higher. This is one of the reasons why shares sold in a Dutch auction do not typically have the same price run-up immediately after they begin trading.

The US Treasury uses the Dutch auction method to sell Treasury securities, and many US corporations utilize it for share buybacks.

How are Dutch auction prices determined?

The highest bid is at the top of the list. The corporation works its way down the list of bidders until the complete number of targeted shares is sold. The offering price is decided by the last price covering the entire offer quantity. The price per share is the same for all bidders.

What is the difference between an auction and a Dutch auction?

An English auction is one in which you aim to be the highest bidder on a single listing. A Dutch Auction is a one-of-a-kind form of auction developed for Sellers who have several identical products to sell.

What is the purpose of a Dutch auction?

Why is it called a Dutch auction?

The Dutch auction got its name since it is used to sell cut flowers in Holland’s massive flower auctions. In a Dutch auction, a strategy is a price at which the bidder bids. 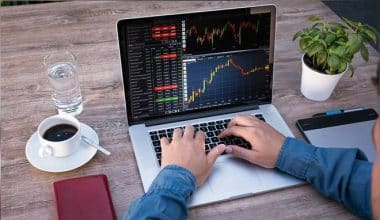