Home MOST EXPENSIVE WHISKEY IN THE WORLD: Top Options in 2022
BBrand stories

MOST EXPENSIVE WHISKEY IN THE WORLD: Top Options in 2022

Those that have a good taste for whiskey know that expensive whiskey goes beyond just the price. The quality, the bottle, the age, and the brands all contribute to it. This guide will show you the most expensive whiskey in the world, including nations like America and India, to gift to someone. Sit tight and explore!

The Most Expensive Whiskey Brand in the World

Seeking the most expensive whiskey brand in the world? Check out the list below.

One of the most expensive whiskey brands in the world, with the most bottles ever sold, was Glenfiddich Janet Sheed Roberts Reserve 1955, which fetched $94,000 at an auction in New York in 2012. This whiskey is extremely pricey because of its uniqueness, compared to other whiskeys that are more valuable because of their decanters. Barley, pear, and heather combine to create an indescribably delicious flavor profile in this whiskey that has led to its high resale value.

All of Macallan’s finest and rarest bourbons are in the Fine & Rare collection. It’s like drinking a piece of the distillery’s past in a single sip. In the Fine & Rare collection, the oldest is The Macallan 1926, which was the distillery’s first release. Because they make only a tiny number of bottles available each year, this variety has risen in value to $75,000 on the secondary market.

Only three bottles of Dalmore 64 Trinitas were produced since, as one might expect, there isn’t much left of the whiskey from more than a century ago. Of the three, only one is for sale directly, and it’s unclear what became of the other two. However, it’s possible that their owners enjoyed them. It’s possible, nevertheless, that those Dalmore 64 Trinitas bottles will sell for far more than what you paid for them originally.

The Dalmore 62 is another extremely uncommon Dalmore whiskey. Similar to the Dalmore 64 Trinitas, it contains whiskeys that have been aged for more than a century and a half. The platinum and crystal decanter, which holds Dalmore 62, weighs a quarter-million dollars, in part because the hardwood mold used to make it took over 100 hours to hand build.

This Macallan whiskey bottle is the first of many that will be highly prized for their decanters in the future. As one of the most expensive whiskey brands in the world, it was last spotted in 2010, when the Macallan 64 in Lalique Cire Perdue sold for $464,000. Three separate Spanish oak barrel-aged whiskies from 1942, 1945, and 1946 make up the cocktail. Crafted by Lalique, the crystal bottle is one-of-a-kind and can’t be replicated anywhere else.

There are 8,500 diamonds and 300 rubies in the decanter, which makes Isabella’s Islay worth its weight in gold. The container will still be worth $6 million even if you put water in it.

In the world of internet shopping, Springbank 1919 is a rare example of a 50-year-old most expensive whiskey brand. The Whiskey Exchange, a high-end store, carries it and will mail it to your house. It’s much more likely to be found at auction than in your neighborhood wine and spirit store.

Most Expensive Whiskey in India

The following are the most expensive whiskey in India that you should consider.

The Glenlivet XXV, a 25-year-old Scotch whisky, was aged in Oloroso casks in addition to the painstaking method employed by the distillery to produce it. Aside from being one of the most expensive in India, this whiskey is also the oldest in The Glenlivet’s core line.

The Royal Salute, another treasure from the Chivas Brothers stable, was conceived as a whisky suitable for the royal family personally. This expensive whiskey in India, which takes its name from the tradition of firing a 21-gun salute to mark a momentous occasion, is meant to be enjoyed only on those rare occasions.

Single pot still whiskey from the brand is blended with grain whiskey to create this exceptional Irish whiskey. Moreover, it’s one of the greatest Jameson mixtures present on the Indian market, and it adds some delightful possibilities to the premium segment.

Most Expensive Whiskey in America

Here’s a compilation of a comprehensive list of the most expensive whiskeys in America, along with an explanation of their rarity. All aboard!

This limited edition is the most expensive whiskey in America and on the market because of its age and rarity. Michter’s master distiller, Willie Pratt, selected barrels from 20 and 30-year-old whiskey stocks, as well as others, for the 273 bottles of this whiskey.

If you can afford it and have only a basic knowledge of the most expensive whiskey in America called Pappy, Van Winkle’s 23 Year Old. Then you wouldn’t regret it and it’s the most desirable bottle of the popular brand.

This is one of the most expensive whiskeys in America and it will blow your mind away. I guess that’s why some described it as “the best whiskey you’ll ever taste”.

Some experts believe that this whiskey is superior to its more venerable forebear. The approximately $900 discount is due to the general public’s perception that 20-year-olds aren’t as valuable as 23-year-olds. Because of its age and the Van Winkle label, however, it’s one of the few 20-year-old whiskeys on the market today.

The initial listing for rye whiskey is currently the country’s fifth most expensive whiskey. Heaven Hill’s Rittenhouse Very Rare Single Barrel, which was released in 2009, is now a highly sought-after and expensive whiskey in America.

That Pappy’s bourbon, which was thought of as a relatively affordable bottle to bring out for special events, now costs more than $1,000 says a lot about the brand’s cachet.

This is a rye whiskey that’s been there for 18 years, and it costs $1,001 a bottle. Apparently, this is a top-shelf whiskey sourced from the greatest distilleries and bottled specifically for the Japanese trade.

If you’re looking for a great whiskey at any price point, Signet is your best bet! Everything about it is out of this world, from the way it looks to how it tastes.

Moreover, it’s a delicious dram that anyone who receives a bottle will enjoy, with flavors of bitter chocolate, sherried fruits, and a kick of spice.

If you can afford it, High West’s Double rye is an excellent choice. With a few varieties, the Park City, Utah distillery makes a fun and flavorful addition to even the most carefully curated bar.

Even if you prefer your bourbon neat or on the rocks, you’ll enjoy it in a cocktail like a Manhattan. Featuring a blend of apple, honey, mint, and cinnamon flavors, this whiskey is a wonderful gift that is not so expensive to break your bank, at least, at a reasonable price point.

Wild Turkey’s Master’s Keep whiskey has been aged for a whopping 17 years in oak barrels. A bourbon connoisseur’s dream, after all that time in the barrels. Intense flavors of cherry and vanilla mingle with toffee and oak to create a mouthwatering experience that may entice you to drink another glass. Apart from being expensive, it’s the perfect gift to give out occasionally to a whiskey lover.

A bottle of Yamazaki 18-year-old whisky is one of the most thrilling gifts for Japanese whisky enthusiasts. It’s difficult to locate and extremely pricey, yet the sight of its black and gold label instantly warms the heart. It’s full of black fruits, nuts, and spices, thanks to its aging in ex-bourbon, ex-sherry, and Japanese Mizunara oak barrels.

A bottle of bourbon is guaranteed to gratify any whiskey connoisseur. It’s a 10-year, 98-proof, and only 95 barrels are in this year’s bottling. With hints of macadamia and licorice on the finish, typical caramel notes are surrounded by tropical fruit flavors in the mouth.

Anyone who enjoys experimenting with whiskey drinks will appreciate Legent Bourbon as a present. Blends bourbons aged in sherry and wine barrels with a scattering of Kentucky straight bourbon are the results of their union. Caramel, vanilla, and oak combine with a smattering of dried fruit and spice for a complex flavor. That way, the recipient can experiment with it in various ways, such as a mint julep or in a conventional way.

In summary, it’s like heaven. Toffee, marshmallow, plum, and salty toffee are just some of the flavors found in Laphroaig’s medicinal peat smoke. This whiskey is perfect to give as a gift

This is a 14-year-old Irish single malt that’s been matured in ex-bourbon barrels for two years before being finished off with two more years in Oloroso sherry barrels. Furthermore, there are overtones of sherry, vanilla, chocolate, and baking spice in this smooth and delicious whiskey.

Mostly from Caol Ila, but there’s also some Laphroaig in there, and it’s all been matured in refill American oak. As a result, the label’s debut is a stunning one. Therefore, infusing the smoke with fruity sweetness and pleasant brine, it’s an ideal accompaniment to a hearty meal. As a whiskey fanatic, I’m sure you’ll get plenty of applause when you introduce your peat-loving pal as an expensive gift.

Those that have a good taste for whiskey know that the most expensive whiskey goes beyond just the price. The bottle, the quality, the age, and the brands all contribute to it. I believe this guide was helpful!

Which is most popular whisky?

With more than twice as many cases sold in 2020 as compared to Ballantine’s, the brand that comes in second place, Johnnie Walker continues to be the most popular Scotch whiskey.

Why Jack Daniels is not a bourbon?

Jack Daniel’s is made in the United States, like the majority of brands of bourbon whiskey. It is matured for at least two years in brand-new, charred-oak barrels and has a mash bill that is primarily composed of corn. Moreover, it is the legal term to specify what a Straight Bourbon whiskey is.

Company Description: 9+ Best Practical Examples to Inspire You in 2022!!! 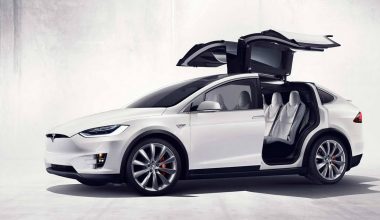 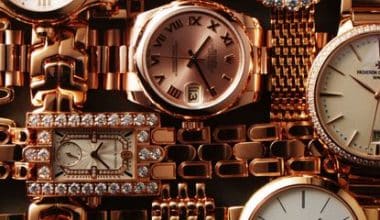