In Nigeria, for a start, and in all of Africa at large, businesses are confronted by multiple
challenges that frustrate their expansion ambitions. It is strenuous for these ventures to grow at a sustainable pace, as they are crushed under the weights of these burdens. All these have become problems

Statistically, 22 per cent of Africa’s working-age population are taking entrepreneurial steps, and starting business ventures. However, their contributions to the economic development of their respective countries and the continent of Africa as a whole are being smothered by the status quo.

As a matter of fact, the failure rates of such businesses are notoriously high.
Therefore, it begs the question, “What, exactly, is the problem?”.
A good number of the problems are discussed below.

High-income tax rates have proven to be the bane of many entrepreneurs as the tax system has proven to be an obstacle to the growth of small businesses. Income taxes have a great deal of effect on the growth rates of ventures. In various studies, it has been shown that slashing an entrepreneur’s marginal tax rate from a higher per cent to a significantly lower per cent would give his business a remarkable boost.

It can’t be gainsaid that small to medium-sized businesses make up a fundamental pillar of the economic atmosphere in Africa. The high tax rates not only disrupt their growth rate but even their survivorship as well.

These are fees that a business has to pay the bank every time it processes a customer’s
electronic payment. As much as business owners would like to avoid such fees, escaping them has proven futile to date. This is because ordinarily, the online payment would not occur without the assistance of technological middlemen who always take a bite out of the amount transacted.

The said technological middlemen include the acquiring bank, the issuing bank, the payment
processor, and the card association if there’s a card involved.
There are other markup fees that can be incurred by business owners when processing online
payments, such as account setup fees, address verification services, and chargeback fees.
These fees team up to hamper the progress of multiple businesses.

While January 1, 2021, came with a measure of good news, namely, the launching of the
African Continental Free Trade Area, the situation prior was terrible. Hitherto, conducting
businesses such as importation and exportation across the continent proved extremely
expensive. Actually, the sad situation remains as it will take quite a while for indigenous
governments to implement the agreement.

What’s worse, the journeys of traders from one country to another, even within the same region of the continent is punctuated with countless border checks, harassment, and solicitations from officials for monetary incentives.

Many governments across the continent have made economic decisions that have sadly
impaired the ability of upcoming businesses to see the light of day. The latest on the list is the
reiteration of its unfriendly stand with cryptocurrency by the Nigerian government. While it wasn’t an outright ban of crypto, as many feared, it was a sorry display of the government’s refusal to recognize the future.

Additionally, Africa’s policymakers aren’t paying sufficient attention to data. Data of good quality is essential for the governments to accurately make economic policies. There is a need to up the ante on evidence-based research. Such research will aid the governments in making more informed decisions that will impact more of the citizens’ socio-economic conditions as time goes on.

At this point, it’s old news that the centralization of the financial ecosystem in Africa is unstable.
The institutions involved have lost the clarity of their mandate. As if that isn’t enough, they are
gradually losing their independence, thanks to political ties. The thirst for political affiliation and the desire to be in the good books of leaders has placed a great deal of pressure on the leaders of financial institutions.

Their policies are currently tainted with either fear or favour, instead of being purely technical to the benefit of the economy as a whole. The effect? Very few winners, and countless losers in the socio-economic field.

With this plethora of problems looming large above the African economy, AfriPay has emerged as a panacea to ameliorate the state of the continent’s economy.

AfriPay is a decentralized payment protocol built to give businesses room to grow and expand instead of being smothered by countless fees and an unfavourable environment. It is a
blockchain-based cryptocurrency built with Binance Smart Contracts to enhance the speed and ease of payments for the struggling business ecosystem in Africa.

While AfriPay is not in itself a financial institution, it functions to cover up the inefficiencies
present in the traditional payment gateways.
Consequently, businesses in Nigeria and Africa as a whole can easily send, receive, save,
invest to make a profit without the qualms of the centralized payment system and their national governments.

It is all too common to wonder how AfriPay will solve these problems. Thus, it is necessary to
discuss the advantages of AfriPay.

1. Low rates and no hidden charges:

As mentioned above, many small to medium-sized businesses have to deal with countless fees.
These fees as small as they ordinarily seem, always add up to significant sums after a while.
With AfriPay and its products, businesses will be in a much better position to reduce their
expenses on transactional fees and similar charges and channel the resources to growing the
the base of the business.

Since we employ blockchain technology, businesses can bypass the charges of these
third-party vendors due to the absence of a central figure. To validate a transaction, all that is
needed is the parties involved.

AfriPay introduces an automated process that eliminates human-based errors and saves time.
It’s a win-win situation with our proprietary technology because the automated processes make for speedy processes, little to no room for error, and a single unit for the storage of transactions.
This enhances the trust levels of the parties involved.

The average world of business is fraught with a myriad of mishaps such as theft, loss of items, and counterfeit. The challenge that comes with these issues is the inability to trace items.

But with AfriPay’s proprietary technology, businesses can focus on creating a supply chain that’s suitable for vendors and suppliers alike.

This makes for transparency in the supply chain. Parties involved can easily trace their
commodities and ensure they are not being stolen, misused, replaced, mishandled or generally tampered with during the supply process.

The sad truth about the average business terrain today is that there can’t be absolute
transparency because of centralization. However, with AfriPay’s blockchain technology, there
will be absolute transparency since there’s a totally decentralized network.
AfriPay facilitates peer-to-peer transactions and only these peers are responsible for carrying
out transactions and confirming them.

AfriPay and its Afri hardware wallet are founded on blockchain technology which makes use of
advanced security and data protection mechanisms. The technology is light years ahead of
other platforms as all transactions are agreed upon by consensus before the recording thereof.
Also, all transactions are encrypted, thus keeping them away from malicious eyes. There is also a method where a link to a previous transaction is always made available.

The written data are irreversible, thanks to the immutability feature of blockchain technology. In the event that an unscrupulous person attempts to make any changes in the transactions
recorded, his efforts will prove futile because his request to copy transactions into the network will be rejected by other nodes.
This is because the blockchain security technology employs nodes, each of which bears a copy of the transactions performed on the network.

AfriPay has boldly emerged to ameliorate the economic situation of the African economy. This is essentially a clarion call to all and sundry to key in as we are currently holding a private token round. For more information on AfriPay, visit our website afripay.io, read our blog or keep up with our video content. You can also follow us on various social media platforms such as Telegram and Instagram.

PRINCIPAL AMOUNT: DEFINITION AND HOW TO FIND IT 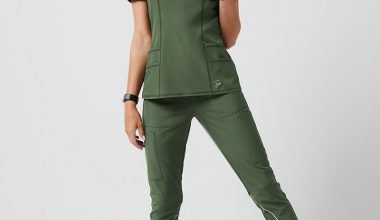 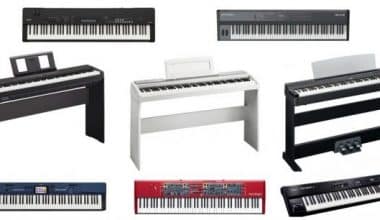