10 MOST VALUABLE BRANDS IN NIGERIA

There are over a million types of fish in the sea as there are a lot of similar branded products. Truth be told, humans often have too many choices but too little time. But what really makes one pick a particular product amidst several others? Some brands have been able to sell emotions instead of just products or services, they only leave us wanting more. Now, that’s the value of true branding, and we’ll consider the most valuable brands in Nigeria.

Read More: Most Valuable Brands in 2022

As has been demonstrated time and time again, branding is strategic, whereas marketing is tactical. Branding shapes the depth and flow of all other activities, as well as engagement and culture.

The brand is what remains after the marketing has swept through the room’ from a practical standpoint. It’s the link that connects a consumer’s decision-making process to a product, service, or organization, regardless of whether they’re making an immediate purchase or not.

That is why branding is a worthwhile investment that always returns loyalty – from employees whose jobs have become easier because they don’t have to spend all day persuading consumers (whose minds are already made up or almost made up) to customers who have become brand ambassadors and fans of your product or organization.

When done correctly, it not only encourages customers to pick you over competitors, but it also presents you as a sole provider’ of the specific service or solution they require. Isn’t that fantastic?

Below is a list of valuable brands in Nigeria that have successfully carved a space in our hearts and lessons learned from them.

Bolt was formerly called Taxify, the rebranding strategy was as a result of the addition of an electric scooter to become a broader transport service beyond cars. This simply explains how they are able to uniquely strategize and become a leading brand in a space of few years.

If you don’t know of the famous Indomitables, then you just aren’t Nigerian. Since I was a kid, I’ve always been familiar with the name ‘Indomie’, you can’t possibly list names of noodles and it’s not ranked first five.

A major forerunner of Dufil Prima Foods, Indomie has been consistent throughout the years, always bringing fresh meat to the table. Their innovation game to their customers is just top-notch and they never cease to show forth how much creativity they’ve garnered in years of marketing experience.

Asides from not being an indigenous brand, Airtel is a prominent Telecommunication Network all across Nigeria. It beats our imagination each time with its creative ad content and branding strategy. I mean, who wouldn’t want a 4G network coverage over a 3G? How about selling a story that’s relatable?

They’ve been able to dominate the market space with tariff plans and several bonuses that have earned them the valuable brand in Nigeria badge.

This is in fact, the most valuable soft drink brand. True, there are lots of soft drinks out there but Coca-Cola has been registered in the minds of many. What coca-cola has done to become a valuable brand in Nigeria is to look at the previous year’s fall in sales and look at how to turn this around in today’s marketplace.

The Piggy Vest company is a recently established fintech company. It has earned the value of many. In addendum, it has made saving and investing easier by just having a smartphone. The entire team behind this deserves some accolades. This is because they have eased the burden of thriftiness with an awesome tech combo. This surely secures a spot for them in the valuable brands in Nigeria list.

It is a multinational commercial bank that belongs to the Access Bank Group. Apparently, it’s currently one of the largest banks in terms of assets, loans, and deposits.

Access bank has been consistent over the years with several awards to its name. The recent merging with Diamond Bank has made it the largest bank so far and is also major evidence of growth and the drive for value!

I don’t think your food is complete without a cube of Maggi or is that not what they told us in their adverts?

Over time, Maggi has been the best spicing to our dishes. And their products give several flavor variants that sure give a unique aroma of  Nigeria!

Channels Television is a Nigerian Independent 24 hour news and media television channel based in Nigeria. Momoh has built a commercial satellite television with reputable integrity in a country where the media sector is tainted by corruption.

Asides from being a hub for credible and firsthand information, they’ve also brought redefinition to television stations in Nigeria.

IVM is a Nigerian automobile and bus manufacturing company, the first made in Africa automobile brand.

Innoson has successfully carved a name for himself by wanting to put an end to Nigerian imports by manufacturing made-in-Africa cars; brand products that are of their own class.

If you can think if, you can do it.

You can’t think of an online shop and not think of Jumia. It is now much easier and reliable to make purchases with the birth of this brand. As a frontier in online shopping malls, they’ve served customers with prompt and almost seamless product delivery.

Brand as a Driver of Choice

The brand is what convinces a customer to choose you over a competitor. It’s the intangible and subliminal component that sets you apart from the competition.

According to many consumer behavior studies, price is rarely among the first two considerations in making a purchase decision, with brand promise and experience taking precedence.

Regardless matter how much money is spent on beautiful advertisements, they are a crucial element of the marketing mix. However, without initially putting in the effort to establish the brand, it may end up being a futile exercise.

Advertisements tell customers what to do, but branding instructs them on how and why to buy.

Branding is more impartial and comprehensive. It establishes a course, whereas advertisements are subjective and establish strategies. Advertising is short-term and micro,’ whereas branding is long-term and macro.’

Customers have faith in the organization, its product(s), or service(s) to deliver exactly what they expect, especially based on previous experiences.

If you are offered a bottle of Coca-Cola in a strange country in the middle of the night, you will not bother to check again because you have previously seen the trademark.

According to Amazon CEO Jeff Bezos, branding is the ability to influence these dialogues while you are not present.

These descriptions are vital to remind ourselves and re-emphasize the importance of focusing on the intangible, but most valuable asset.

A company that spends time building its brand, especially from the consumer’s perspective, and articulately offers the proper pitch will spend far less on advertising. That company, in reality, is a proponent of the proper marketing strategy.

For something as significant as this, it’s also necessary to analyze and benchmark it on a regular basis.

How many company are in Nigeria?

Which state in Nigeria has the highest company?

Lagos State. Lagos stands out as the most economically and industrialized state in Nigeria with virtually all top companies having their headquarters there. You can find various industries in Lagos which contributed greatly to her internal generated revenue (IGR).

Which state in Nigeria is most industrialized?

Kano state can be considered the most industrialized state in the north of Nigeria. Some people refer to it as the largest industrial center after Lagos State. Kano State currently has over one hundred different industries.

FREE MONEY TO START A SMALL BUSINESS: How & Where To Get It!!! 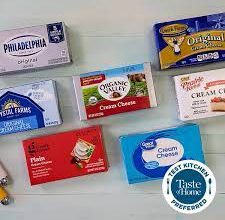