Bitcoin is a Real Life Opportunity

The internet has enabled us to connect and communicate with each other more easily than ever before. We can now use the digital currency, Bitcoin, to make payments as easily as we can with cash. Even though the currency has come under scrutiny for its usefulness in some quarters, it has gained widespread acceptance through various news outlets and financial experts.
The internet brought us something that we never knew we needed: a currency that is not tied to any government and can be used to buy things with no intermediary to take a cut of the transaction. Peer-to-peer trading of digital currency is not new. But with the rise of bitcoin investing, it’s all becoming a lot more interesting.

Bitcoin is a digital currency that any government does not issue but instead is mined by a network of computers called “nodes.” The Bitcoin system is a series of valid transactions that are grouped into “blocks,” and each block contains a set of transactions. The Bitcoin system works like a kind of global ledger that everyone can see. The idea is that everyone has their own private copy of the ledger, which they can use to check whenever they want to make sure that they aren’t being cheated.

Bitcoin: How does it work?

You can use bitcoin to store or buy things as a digital currency. Anyone can buy and sell bitcoins, and bitcoins are transferred between users without the need for a third party. Almost everyone uses it, even if they don’t know about it. But bitcoin is not just a currency with which you can buy things. It’s like the internet. You need the internet to buy things. The question is, why bitcoin? Because it is safe, cannot be controlled by the government, and is inflation-proof, there is no middleman; you can participate without paying fees. In bitcoin, you can spend it or hold it for as long as you want, and you don’t have to pay taxes on it. Bitcoin is also extremely deflationary, which means that the price of bitcoin fluctuates over time.

To be able to complete the bitcoin transaction, bitcoin mining is needed. The verification of transactions and the distribution of new bitcoins is carried out by communicating nodes networks that run bitcoin software. In order to stay valid, each block on the blockchain has to have proof of work to back it up. Other nodes verify this proof of work every time new blocks are received. Once a node receives a block, it computes the proof of work for that block and broadcasts the results to the rest of the network. The whole network then validates the block and keeps the block on its blockchain. The more computational power a mining device has, the more challenging it is to succeed in mining blocks.

Is Bitcoin Still a Good Investment in 2023?

Bitcoin is an excellent investment opportunity for individuals who are willing to take a risk on financial technology that carries the potential to alter the course of human history. The fact that Bitcoin is a scarce digital asset may continue to drive up its price, and some people even believe that it may one day overtake the United States dollar as the primary reserve currency in the world.

NerdWallet does not provide brokerage or advisory services, and it does not encourage or advise clients to purchase or sell certain stocks, securities, or other investments. Neither does it offer advisory or brokerage services. No, to give the answer in a nutshell. Investing in Bitcoin comes with a high level of risk due to its high level of volatility in comparison to more traditional assets such as stocks, bonds, and ETFs.

Should a B ginner Invest in Bitcoin?

Bitcoin: If you’re just getting started, Bitcoin is an excellent place to begin. Because Bitcoin is supported by every currency exchange, you will always be aware of exactly what you are investing in. The cryptocurrency known as bitcoin is essentially a sort of digital cash. The fact that it may be used as a medium for exchanging currency and value provides it an advantage over other similar products.

What Happens Every 4 Years in Bitcoin?

The block reward that is paid to Bitcoin miners for their work in processing transactions is halved for every 210,000 blocks that are mined, which is roughly equivalent to once every four years. Because of this occurrence, the rate at which new bitcoins are issued into circulation is going to be slashed in half, and so the event is known as “halving.”

What opportunity you can get in bitcoin

Bitcoin is a new digital currency, electronically created and held. Nobody controls it. Unlike euros or dollars, bitcoins aren’t really printed but rather produced by humans and are all the more used by businesses worldwide, utilizing software that resolves complicated mathematical problems. These problems are so complex that it’s practically impossible to solve them without help. That’s why the Bitcoin era uses a decentralized system, where no single institution or computer can control the flow of money.
Reports surfaced in mid-2013 that the currency had experienced a major surge in popularity, and in the last few years, it has climbed in value to the tune of hundreds of dollars. Also, the Bitcoin era offers several benefits, including greater financial freedom.

Can I be a Millionaire in Bitcoin?

The majority of the top Bitcoin billionaires amassed their fortunes through the development of goods and services that contributed to the expansion of the ecosystem surrounding cryptocurrency. As a result of this general price increase, Bitcoin users now include billionaires. These are the pioneers who saw a potentially lucrative opportunity, got a head start by acquiring or mining cryptocurrency in its early days, and stayed the course.

Mark Mobius forecasts that the price of bitcoin will fall by 40 percent to $10,000 in the coming year. Mark Mobius, an experienced investor, warned CNBC on Thursday that bitcoin prices may fall to $10,000, which would represent a drop of more than 40% from their current levels. According to Mobius, the jump to $10,000 per bitcoin might take place in 2023. However, he anticipates that bitcoin will continue to trade around its current level of $17,000.

What are the Dangers of Bitcoin?

However, some exchanges are not legitimate and will trick naive investors into opening accounts with them. The perpetrators steal the money when the investor makes a transaction, and the investor is never given the bitcoin that was purchased. Even perfectly legal transactions can put you in harm’s way because many of them could not have sufficient security measures in placeD 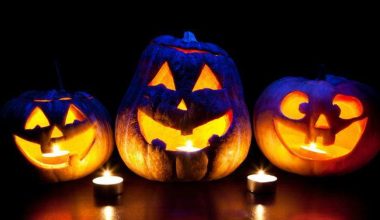 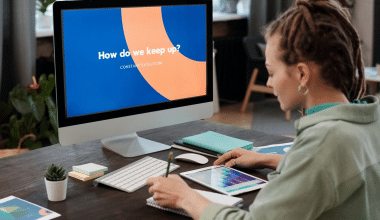