One of the biggest problems most country’s face today, which also decreases their economic growth is structural unemployment; which has a negative effect both on the country, and on the citizens.

You might be wondering why there is little but no work available for the huge masses out there in the country. That is to tell you that a country that undergoes structural unemployment does not have a growth in its records and the output of work will be below. Therefore, we will be looking at the term and whatever is concerned with it.

Furthermore, it can also be unemployment resulting from industrial reorganization; which can be changing of things from the way it was before in an industry; Typically due to technological change, rather than fluctuations in supply or demand. It also refers to a mismatch; between the jobs available and the skill levels of the unemployed

It also occurs even during periods of strong economic growth; It is also a form of supply-side unemployment and not insufficient aggregate demand (AD).  Policies to reduce structural unemployment include; retraining and geographical subsidies. Fiscal policy to boost AD will be ineffective in solving its problem.

Having seen the explanation of what structural unemployment can be, hope it was helpful to you?. Now let us, therefore define the term in its simplest forms.

There are too many definitions that are related to this topic, and we will be looking at them for a better understanding of what the topic is all about.

The definition of structural unemployment is a long-lasting form of unemployment that is cause by major changes in an economy. It also occurs for many reasons which include; workers may lack the necessary job skills, or they may live far from areas where jobs are available but are unable to move there. Or they may simply be unwilling to work because existing wage levels are too low.

This is also a form of involuntary unemployment that is cause by a mismatch between the skills that workers in the economy can offer, and the skills demanded of workers by employers (also known as the skills gap). It is often carried about by technological changes that make the job skills of many workers old.

Structural unemployment is one that results from a change in the structure of an economy, such as when an economy produces fewer industrial goods and more services. When specific industries are located in particular geographical regions, structural changes can create regional scarcity of work, which is a sub-type of structural unemployment. This is also join with the increasing integration of the market in the economy.

Lastly, it is in control by more than just the business cycle, impacted by major mismatches in the employment system.

Structural unemployment is a long-lasting condition that is caused by fundamental changes in the economy.

Structural unemployment, for example, occurs because workers lack the necessary job abilities; or they live too far from regions where jobs are available and cannot move closer to the area.

Another example of structural unemployment can be seen as a problem that can last for decades and usually requires a radical change to reverse; also, it is caused by a mismatch of skills between the unemployed and available jobs.

For example, in the farming industry, much of the work is becoming mechanized; which means that fewer farmers are in want and many are let go. When these farmers go to cities to find work, they may find no other similar jobs in which to apply their skills.

France has also been hit hard by structural unemployment, which arises from the fact that; a large portion of France’s workforce is participating in temporary second-level jobs; with little chance of being promoted to long-term contracts, forcing them to strike. This results in a lack of job flexibility and little job mobility, which includes: sidelining many French workers who have not adapted to new tasks and skills.

Structural unemployment is one of the three categories of unemployment set by economists; because it requires either migration or re-training, It can be long-term and slow to fix.

Economic indicator illustrates that the unemployment rate attracts a lot of media attention; especially during recessions and challenging economic times. This is because the unemployment rate doesn’t just impact those individuals who are jobless; but also the level and persistence of the factors of unemployment, which have wide-ranging impacts across the broader economy.

Defining the terms in economics, Joseph Schumpeter argued an essential feature of capitalism which is the process of ‘creative destruction. He argued that in the definition of structural unemployment, it was necessary for an old inefficient form of business to close down. This enables new more efficient industries to take their place. Some structural unemployment may be a side effect of economic progress, but it is a price worth paying.

Joseph Stiglitz says that in structural unemployment definition in economics, that while free markets have a role to play; globalization and free trade have often led to too many ‘losers. despite gains in real GDP, while some are out; because of the rapid pace of economic change and lack of support for former manufacturing workers who become structurally unemployed.

These and many more, are the definitions and views of structural unemployment by economics

In conclusion, I hope this is helpful for those willing to work in their area of specialization; but can’t find any. However, if the government will help look into this matter, there will be enough work for those who are willing and skillful. Also, I hope the definition of economics was helpful as well.

What is structural unemployment simple?

Structural unemployment is a category of unemployment that is caused by differences between the skills that are owned by the nonworking population and the jobs that are available in the market.

What is structural unemployment example?

For example, in the farming industry, much of the work is becoming mechanized; which means that fewer farmers are in want and many are let go. When these farmers go to cities to find work, they may find no other similar jobs in which to apply their skills. 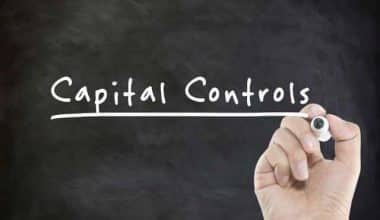 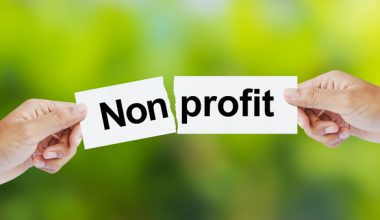 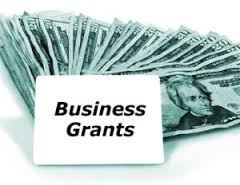