Using Technology and Civic Initiatives to Eliminate Corruption in Kenya

With the massive looting of public funds in Kenya, different governments, non-governmental organizations, and citizens have established different initiatives to fight corruption. Innovations in technology are helping to eliminate the vice.

Technology is being used as a prerequisite for democracy, creating transparency and promoting civic participation. It is also being used to create openness in government ministries. Technology has also aided in revolutionizing different methods of corruption detection, prevention, and analysis.

How Technology is Eliminating Corruption

There are different ways in which technology is being used to get rid of corruption. Some of the ways that are being used or can be used include the following.

Technology is creating transparency in organizations by automating and improving accuracy in all government processes. Technology makes data accessible and improves its quality leading to better decisions and better accountability.

Using big data, improved networks and data infrastructure can ensure better accountability and accessibility of government spending. It also helps to detect loopholes through which public funds are looted.  Big data is used in key sectors such as public health, trade, and taxation to determine trends, patterns, and relationships where large data processing is needed.

The Kenya Revenue Authority has been faulted for its many loopholes that are leading to massive losses in taxes. The acts are being perpetrated by collisions between the KRA officials and the members of the public whereby they give the officials some money to evade tax. Automating the tax collection procedures will assist in ensuring that the collected tax reaches the National Government. The use of books and files in tax collection should be replaced with the use of computers so that data is accessed by the necessary authorities.

Corruption, in most cases, takes place due to collusion between officials in Government institutions. This makes it difficult to detect some minor frauds. To detect such frauds, it is important to develop high-level internal control systems to deter the perpetrators. While auditing government institutions, it is important to use advanced auditing materials that are able to detect minor and suspicious transactions. In addition to auditing government institutions, putting in place corruption prevention measures such as getting rid of cash transactions will ensure that petty cash is accounted for and it is used for the intended purpose.

Lifestyle Audit for All Government Officials

The Kenyan Government introduced an initiative to audit the lifestyles of all public servants in 2018. The government looks at the spending of the public servants and the source of their wealth to determine if the figures are commensurate. This is a good move, but it has been highly criticized by the perpetrators of corruption, making its implementation difficult.

It is also important that all public servants declare their wealth and that the government confirm if the figures are correct. If this move is implemented as the President promised, wealth proceeds that cannot be accounted for will be taken up by the government.

Web and mobile applications are being used in many parts of the world to collect governance data and gain insights. For instance, the World Bank developed an app ‘Integrity App’ where citizens can access projects that it has financed and report any suspicious transactions anonymously.

In Kenya, some of the best examples of the use of web and mobile apps to fight corruption are the following.

There have been civic initiatives in the past using mobile, and online mapping tools such as I Paid a Bribe and Kuhonga.

The County Projects Management System has been implemented in Makueni County where it has worked. The County Government of Makueni County led by Prof. Kibutha Kibwana implemented the system to ensure oversight, openness, and accountability in the use of public funds. Through the system, the public can see how funds are used in projects. Makueni County was ranked the best county in financial management and one with the best development record. By implementing the system in other counties, Kenya will have scaled greater heights in fighting corruption.

To conclude, necessity being the mother of invention, fighting corruption in Kenya is a necessity. Therefore, more technological initiatives from within and outside Kenya should be implemented. Kenya is making progress in fighting corruption through the office of the Director of Public Prosecutions and the Director of Criminal Investigation. The two offices have so far probed and prosecuted several individuals linked to corruption. With determination, corruption will be eliminated.

WORK-LIFE BALANCE: How to Improve Your Work Life Balance

PLAGIARISM IN THE WORKPLACE: Why and How to Avoid It 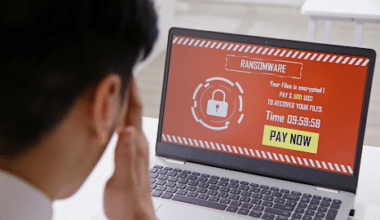