Top 5 Industries That Will Be Transformed By Automation This Decade

The idea that a machine can think like a brain is not new. Christopher Strachey was one of the first men to talk about this idea more than half a century ago in his essay “The “Thinking” Machine.” This idea was the moving factor to achieving automation in the industry.

Increased demand led to the need to increase production and, therefore, automation, where we can see machines interpreting data in ways similar to human brains. It has helped us perform simple tasks like online transactions etc. Nowadays, more and more industries are converting their manual systems to robotics/automation.

Top 5 Industries That Will Be Transformed by Automation This Decade

Automation is set to rule the industry sector, however, there are some concerns and associated dangers. Is automation only going to enhance, or is it also going to interrupt the daily lives of business owners and employers?

These are the top 5 industries that are expected to be massively transformed by automation. However, the advantages and effects of automation are not limited to just these five industries.

A common application of automation is in the form of medical gear such as hearing aids and prosthetics. Blind people may have aid for their sight as systems using AI that can interpret signals and display images. Health watches are new and rapidly increasing automated tools in the healthcare industry, which have lifted the wasted efforts in planning a physician visit.

These watches or fitbits automatically alert the doctors in case of an anomaly. With all these expanding horizons in the healthcare industry, the amount of data collected from patients is soaring to new heights. This volume of personal data attracts many malicious actors and makes the health industry an attractive attack surface for a cyber attack.

Federal regulatory bodies have devised a compliance checklist for HIPAA requirements to protect sensitive user information. A massive revolution that might be seen in the upcoming days, is in the sector of surgery, where robotic control and robots would perform delicate operations(with surgeons’ suggestions).

Increasing demand creates more room for productivity, and a never-ending list of products is needed in this industry. 1961 marks the year when machines first appeared. Since then, the need for automation has kept increasing. In the near future, many jobs, such as delivery and production, will be replaced by AI.

Online retailing services have proved to be an aid for many people, especially in case of emergencies or in case of an exchange of items that are not in the local market, as well as the international market.

The remarkable robotic hospitals in China and the unmanned store are the recent innovations seen in this industry, leaving behind the other mentionable technologies, like online transactions, ATM swipe machines, etc. Recently, chat boxes have served interaction purposes for online customers, and they tend to save a lot of time.

The existing automated tools, such as voice search, still are subjected to betterment, for instance, improved voice recognition.

In the future, along with other technologies, we might see special features that can interpret customer data and display ongoing fashion trends around the world. This works just like features that determine YouTube algorithms. Thus, tracking your data and presenting relevant information.

Transportation has seen a surge in the automation sector and is said to see another big change. The concept of flying cars does not seem too far away, as Tesla cars have already made their way in. Until now, transportation robots have been working with human resources, but we can see automation and AI ruling the transportation industry around the corner.

Now more companies are joining, each with its own new features. Even in the market, new models, advanced technology, and innovative features are appreciated. This appreciation and competition motivate companies to bring in more advanced automation.

With the constant increase in population, we have developed ways of making agricultural and food processes faster using modern machinery. Automation plays a big role in performing one’s job in the agriculture and food industries. Many examples, of developing countries especially, are there that have seen a positive change with the use of automated processes in agriculture. Unfortunately, underdeveloped and progressing countries still use traditional methods, which is reflected in their production indices.

AI and automation in agriculture and food production have numerous advantages, ranging from low-cost and effective production to weeding, planting, watering, fertilizers distribution, and transporting products.

Restaurants and hotels appreciate the machinery that makes their cooking and serving process faster, e.g., some restaurants have installed machines that knead the dough and make staff’s work easier and quicker (and maybe cleaner!)

Automation uses machines that can perform critical tasks without human involvement. Thus, automation can be considered a transformative force driving industries and different sectors that rule our daily lives. Automation and artificial intelligence has given us a platform to reduce human error and perform delicate tasks. As automation replaces many human functions, it may replace human effort and might reduce employment by a big percentage!

How Can an MBA Progress You Personally and Professionally? 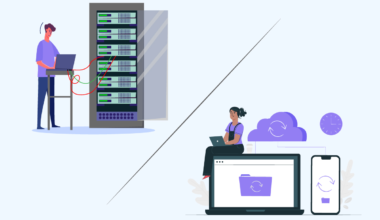