Home How Is Cryptocurrency Shaping the Gaming Industry?
OOnline business

How Is Cryptocurrency Shaping the Gaming Industry?

Cryptocurrency is certainly creeping into the mainstream. More people are investing in it than ever before, and there are more types of cryptocurrencies, too. Though its acceptance by the general public is still not entirely complete, there’s one industry that has embraced cryptocurrency with open arms, and that is the gaming industry, Forbes reported this year that the blockchain gaming industry has grown by more than 2000% in the last year alone.

When you combine that with more than $5 billion in crypto investments this year so far, it’s not hard to see why people are wondering what impact crypto will have on the gaming industry. We’re going to unravel some of the effects that cryptocurrency has already had on this industry, as well as what we could expect to see in the future.

One of the areas that adopted cryptocurrency super early was the online casino sector. There were lots of reasons for this, but the most obvious is that both operate in the online space. It was a simple change for them to make to allow people to deposit and withdraw in cryptocurrency. This opened the number of customers that could play with them, enabling customers in countries where their local currency might not be accepted to play using crypto instead.

Besides, the ability to play anonymously can be really appealing to those who don’t want to share the details of their gaming hobby. This means it’s possible to play casino with Bitcoin at IgnitionCasino.eu without anyone ever being able to link your name to your account. While for many, this isn’t necessarily a factor that they’d consider, for those in countries, where it’s deemed unacceptable to gamble, this could be a helpful way to enable them to enjoy the hobby without repercussions.

One of the more recent turns in crypto gaming has been the invention of NFT gaming. NFTs hit the news in 2020, when they took off in a big way. People were selling these online tokens for hundreds of thousands of dollars, claiming that they would overtake the fine art world as we knew it. So far, those claims have turned out to be totally unfounded. However, the huge price tags did get people talking about NFTs, and for that, the NFT gaming industry ought to be thankful.

People have realized that NFTs can have intrinsic value, so their natural curiosity for them has grown. Now, games like Axie Infinity have thousands of registered users and hundreds of thousands of Axis (their brand of NFT).

People can trade these tokens with one another, breed them together to create stronger or rarer Axies, and buy upgrades for them too. Axie Infinity has implemented an in-game marketplace where these trades can happen and also a marketplace where Axies can be bought for cryptocurrency, making a direct link with the outside world. Axie Infinity is by no means the only NFT game, but it’s one of the most advanced in its niche, so it’s a good place to look for clues as to where other games may head.

While we’ve covered the particular games that are already embracing cryptocurrency, we haven’t necessarily covered the benefits of all kinds of games yet. One of the most important benefits of cryptocurrency is without a doubt the technology that makes it possible, blockchain technology. This technology can help reduce fraud, as it has an encrypted code that is visible as a sort of public ledger.

This stores information on who has traded what, making it virtually impossible to have cryptocurrency stolen from you. This has obvious applications in the casino sector, where keeping customers’ money safe is of paramount importance, but more than this, don’t gamers ever want to have their currency kept safe? In the case of NFTs, blockchain technology keeps in-game assets safe.

They can’t be modified or tampered with in any way and they also can’t be multiplied. This means that once a gamer owns an NFT, it is theirs to do with whatever they’d like, and it remains totally unique. This is what has enabled NFTs to retain their value, a unique asset in the world of online gaming. It will be fascinating to see if this element of blockchain technology leads to an explosion in the popularity of NFT gaming.

How to Settle Volatility

Whilst there are hundreds of benefits to using cryptocurrency within the gaming sphere, there is one obvious drawback and that’s its volatility. Owing to the fact that cryptocurrency is not tied to any of the fiat currencies, it is almost impossible to control volatility in the value of the currency.

This means that one day a single Bitcoin could be worth $15,000 and the next, it might be worth just $7,000. Though there hasn’t been a crash of this size in years now, there isn’t anything as such to stop it from happening.

Which Tire Brands Have the Best Reviews for All Season? (Detailed Guide)

WHAT IS TAX EVASION? Examples and Penalties 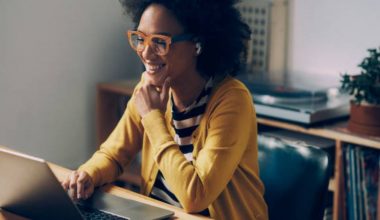