Televisions have been a mainstay in the normal home for many years. People use them as a source of information for news, entertainment, and even education. However, advertising on TV is also regularly employed. Advertisers have traditionally utilized TV advertising commercials to market their products and services to consumers. These commercials can take many different forms, but their common goal is to persuade consumers to buy the promoted goods. In recent times, the internet and social media platforms’ evolution have to a great extent outsmarted TV adverts. However, they’re still relevant. If you are wondering if TV advertising is still worth it at this present time, check out the various advantages it has, even with digital advertising or the cost of setting up one, check out our guide.

Television advertising is the practice of creating and airing television commercials to market a product or service. Media companies are frantically searching for alternatives as ad spending shifts to the digital arena, even though it is still one of the finest methods to raise awareness of a good or brand.

For businesses with a limited advertising budget, it’s critical to choose the ideal time and price to advertise. Making wise decisions regarding the frequency of the advertisement’s airing, the number of people who watch it each time, and the level of interaction it inspires results in a successful advertising campaign.

TV advertising accomplishes its goals by interfering with the program viewers are attempting to watch. Commercials can be somewhat annoying because they typically last between 15 and 60 seconds and are frequently presented throughout a single TV program.

Although this can seem to be a problem for viewers, it helps TV broadcasters make money. There are numerous techniques to produce a television ad. Advertisers have two options for developing the creative: either they produce their ads, or they work with a production company and an advertising agency.

The TV channel for the advertisement needs to be set up after it is finished. This is typically done by an advertising agency or media buying firm. The price of running a TV ad can vary greatly depending on the time of day, day of the week, length of the ad, popularity of the show, and channel it airs on.

The majority of TV commercials have one or more of the following characteristics:

What are the 4 types of TV advertising?

Every business strives to increase brand recognition. While advertising makes achieving this goal straightforward, is TV advertising still effective in this day of cutting-edge technology? These questions have various responses depending on the type of business you are addressing. Because we are ignorant of every company our readers work for, the following advantages and disadvantages are listed:

The following are the disadvantages of

Any device that may be connected to the internet and access video streaming content in addition to what is generally given by a TV cable provider may display advertisements for over-the-top (OTT), sometimes referred to as connected TV (CTV). Advertising that is paid programmatically and shown on game consoles, computers, mobile devices, over-the-top (OTT), or Smart TVs is referred to as CTV.

What steps are involved in connected TV advertising?

An instance of a private marketplace (PMP) transaction is CTV marketing. The ecosystem for programmatic media buying employs a “waterfall” of auctions with varying access and pricing criteria at each level. The private marketplace inventory sale, which is just one auction level above the open exchange, offers marketers the chance to access specific placements in an auction with fewer competitors and higher win rates.

This is VIP territory, guys! A private marketplace with a selection of exclusive publishers is invite-only. Furthermore, because the inventory is contained within specific site parts, sub-sections, or special forms, it may not be immediately targetable in an open auction setting. Examples of innovative formats that are available in a private market include audio, native, and linked TV.

For marketers that have previously used traditional TV advertising for awareness-based initiatives, the channel is great because it offers the chance to connect with highly engaged audiences. Connected TV offers the same benefits, but it also gives you improved targeting options and inventory choices to help you successfully reach a growing market. Choozle’s connected TV offerings can be searched to find bargains that cater to your desired audience.

Participants in this premium auction must pay a high minimum CPM, and the cost is typically above average. But don’t worry; the metrics that come after are typically much more telling of a good campaign.

When contrasting connected TV advertising with conventional video advertising, it’s important to keep in mind that this premium ad space typically necessitates that participants pay a specified price floor or more expensive minimum CPM. The CPCV for video assets is almost always less expensive, even if linked TV might occasionally cost up to three times as much as a regular video placement.

CPMs for video range from $10 to $15, but they can reach $45 or more for linked TV. Although Connected TV is almost certain to produce a better result in the form of lower CPCVs (upwards of $65 against $15), it is not the least expensive targeting technique per unit.

Production and distribution expenses are the two main expenses that go into pricing a TV commercial (which in this case is broadcasting). Production costs include everything needed to create the television ad. This includes hiring a professional production team and paying an advertising agency.

Although the cost of developing a TV commercial could greatly vary, you should plan on spending between $2,000 and $50,000. The main expense is distribution, which for a 30-second network television ad averages just under $105,000.

Your overall broadcasting expenses will be impacted by how often you want your advertisement to air. If you’re on a tight budget or aren’t sure you want to make such a significant investment, take into account alternative advertising and marketing strategies. This includes billboard advertisements or even airing your commercial online through sites like YouTube.

Elements that Determine the Cost of TV Advertising

The cost-per-thousand (CPM) of television advertising is the price you pay to have your commercial seen by 1,000 people. Location is the factor that has the biggest impact on the CPM. To obtain a sense of the prices for broadcasting a 60-second TV commercial in various locations, look at the following figures in this TV ad pricing chart from the media experts at Casual Precision.

What is Digital TV Advertising

TV advertising is still popular despite the globe gradually shifting more toward digital technology. If the right strategy is in place, your digital and TV advertising can work together to achieve superior results. However, the area for television hasn’t shrunk as a result of this accessibility. In fact, according to a recent study, TV advertisements increase online engagement (and vice versa).

How do Digital and TV Advertising Strategies Interact?

Digital and TV advertising strategies interact in the following ways;

If you want to create a media plan that works for your business and improves your present approach, give our specialists a call. We at Bloom Ads are available to help you create a multi-platform advertising strategy that maximizes ROI.

How Effective is Television Advertising?

It reaches a sizable, specific audience. TV is incredibly efficient. If a consumer has seen a product on TV, they are 11 times more likely to search for it online than if they haven’t. According to reports, up to 72% of all brand awareness is attributable to TV advertising.

What are the pros and cons of TV advertising?

How is television used in advertising?

People trust TV, it has a wide audience, and it can increase market share. Additionally, it enables you to purchase the precise number of ratings (or views) that you require.

What Type of Advertising is TV?

Using radio or television to share marketing messages for your product or service is known as broadcast advertising.

What are the characteristics of television advertising?

They are extremely inventive and attention-grabbing: Television commercials are made to be amusing and enduring so that the viewer remembers them.

What are the disadvantages of TV advertising?

What is television advertising media?

TV advertising is a popular form of advertising that is used to broadcast a paid message on television that often advertises a good or service.

In recent times, the internet and social media digital platforms may have outsmarted TV advertising, but these traditional means of promoting goods are still very much relevant in these current times. For Instance, you don’t find many retirees or seniors on social media platforms, but you surely will find them sitting in front of their TV.

How do TV ads influence consumers?

Why are TV ads important?

It can zero down on a specific group. Advertising on television also has the added benefit of being able to reach a wide variety of people and broaden that reach by generating buzz online.

RESTAURANT MARKETING: What You Should Know and Strategies

WHOLESALE BUSINESS: Meaning, Which to Start, and How to Start 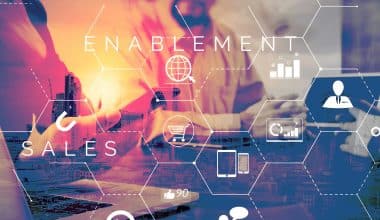 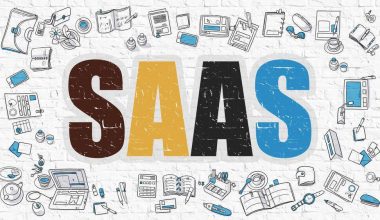 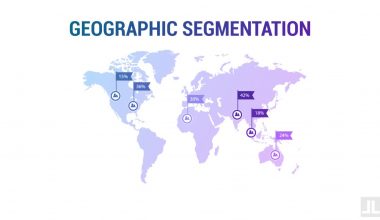 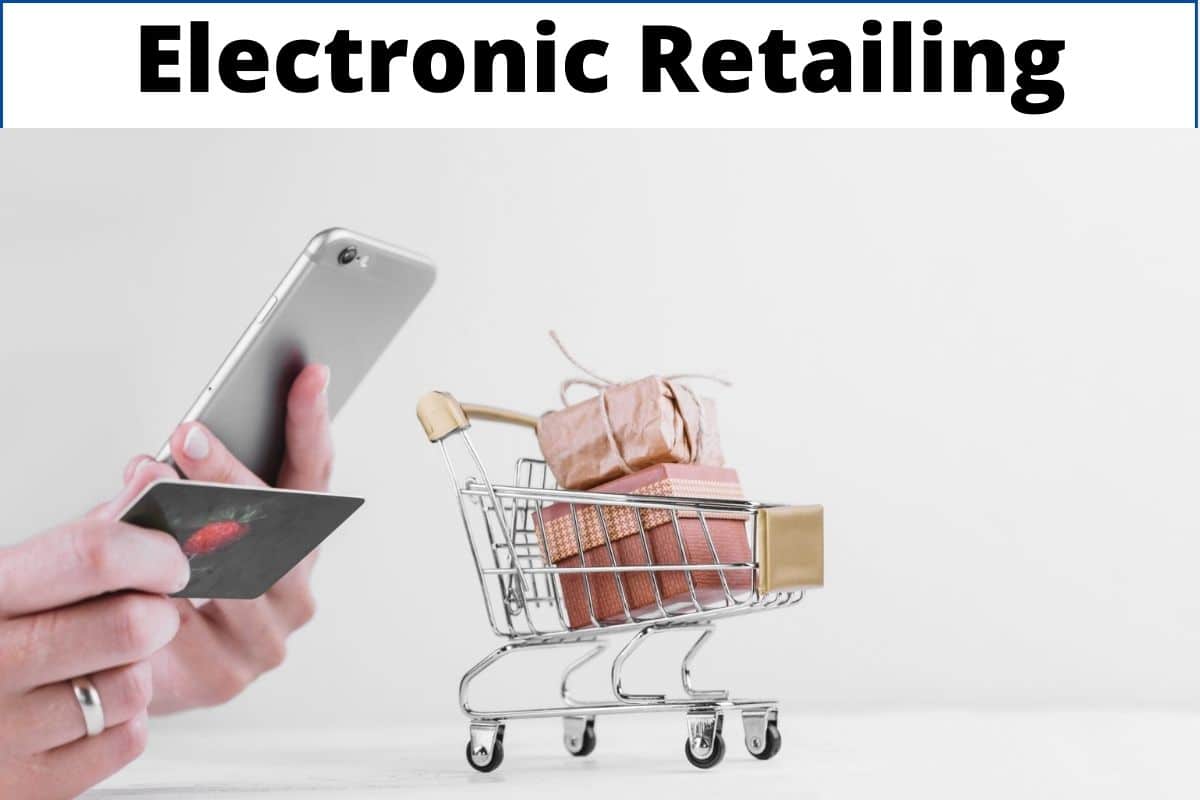 Read More
MMarketing
Table of Contents Hide How Electronic Retailing (E-Retailing) worksWhat are the 5 C’s of e-Retailing?Types of e-retailingBusiness-to-consumer (B2C)…