Conducting drug tests is part of the pre-employment screening exercises for most companies. They do this to ensure a healthy working environment for not just the new employees but for the existing staff as well. We’ll elaborate more on the importance of these drug tests in this chapter. We’ll also see the effect of drinking the night before the pre-employment drug test and what happens if you fail.

What Is A Pre-Employment Drug Test?

A pre-employment drug test is what it sounds like. It is done to detect whether a prospective employee uses illegal drugs or abuses prescription medication. It may also be used for personnel returning to work following an injury or absence, in which case it is known as a pre-placement drug test. Employers frequently ask job candidates to take a pre-employment drug test, and a job offer may be reliant on the applicant’s ability to pass. These drug tests commonly check for the usage of the following illegal drugs:

Urine, hair, blood, and saliva are the most common drug-testing specimen types. Urine is the most commonly used and is required for controlled drug tests, such as those performed by the United States Department of Transportation (DOT). However, urine testing has a narrower detection window than other methods, such as the more expensive hair drug test. In urine, illicit substances can be detected for five to ten days, whereas hair drug tests can detect drug or alcohol usage for up to 90 days.

Blood testing is incredibly accurate, but it is also expensive and invasive. It does, however, have a shorter detection period (minutes to hours). Finally, a saliva test (also known as an oral fluid test) is less invasive than urine testing and has a shorter detection period (7–21 hours). If an employer wants to avoid the complications that arise when an employee does not produce enough urine, a saliva drug test can be an effective alternative to urine testing.

If a corporation prioritizes worker safety, pre-employment drug testing can assist in limiting the hazards associated with drug abuse. An employer can discourage substance abusers from applying by mentioning on a job application that an offer of employment may be contingent on the results of a drug test. Pre-employment drug testing is essential for occupations that place individuals in high-risk areas. Because it has the potential to lower the number of costly workers’ compensation claims involving drug or alcohol usage

The National Institute on Drug Abuse (NIDA) states that:

The legality of drug testing is developing and varies by state. Employers should seek legal advice if they have concerns about their testing program’s compliance with all applicable state regulations. There are certain broad best practice guidelines, which include that:

While the majority of urgent care providers can administer pre-employment drug tests, many do not have an in-depth understanding of all sorts of occupational drug tests. They are also not the best people to help a business design a company’s drug testing program. Workplace drug testing falls within the purview of occupational health providers.

What Happens If I Fail A Pre-Employment Drug Test?

If you fail a pre-employment drug test, a few things may happen. Depending on your state of residence, you may be prevented from applying for a specific position in a corporation, or you may be able to dispute the outcome.

Following a failed pre-employment drug test, the following are some of the possible outcomes:

What happens when you fail a pre-employment drug test is usually determined by a couple of factors. What occurs next is determined by the nature of the task and the firm that requested the test.

Can You Counter Positive Drug Tests?

It goes without saying that there are numerous circumstances when a drug test may not be totally accurate. False positives are common owing to additional medications the employee may be taking or inadequate testing circumstances at the lab. In that instance, may you challenge your drug test result?

You can counter positive drug tests if you can show that you’re taking medication that may have influenced the results. Employers should bear this in mind in the event of a failed drug test because many over-the-counter (and prescription) medicines might impact the findings.

Knowing which medications may have influenced a drug test result will assist you in determining whether you have a valid case when attempting to overturn a false positive drug test.

Pre-employment drug testing is normally done privately. In other words, it’s a process that involves you, the laboratory that evaluates the specimen, and the company that requested the test.

A failed pre-employment drug test will not be recorded on your record. The possible employee and the firm will both receive the test results, but there is presently no database that stores your test results. They are also not subject to public records.

In general, if you fail your pre-employment drug test, the corporation cannot divulge your results to any other prospective employer. This means you can easily apply for a different job, and no one will know you previously failed a drug test.

However, in some cases, a failed drug test will be recorded on your public record. If you’re on parole, for example, a positive drug test may result in a breach of your parole. In certain cases, your test result will almost certainly be made public, and you may even wind up in prison.

Can I Retake A Pre-employment Drug Test?

If you failed your drug test and want a second opportunity, you can always contact your employer. Keep in mind that decisions in these circumstances may differ, particularly in vocations demanding higher levels of safety.

A pre-employment drug test can be retaken if the employer deems it acceptable. However, if they agree, you may have to fund the additional test yourself in some situations. You can retake a drug test, but you will not be required to provide a new specimen to be tested.

If you retake a drug test, the first sample you provided to the lab will be used to test you on the second occasion. Unless you have specific mitigating circumstances, it’s unlikely that you’ll be able to provide a new specimen.

If you use recreational drugs, you should apply for jobs that do not require drug testing prior to a job offer. Not all companies want to drug test their employees before a period of employment.

However, you can also be honest with any prospective employer and inform them that you’ve been using drugs recreationally recently. It’s better to be open than try to hide something that’ll likely appear in the test results.

Retaking the drug test may appear to be a smart alternative if you believe it would offer you a better shot at the job you desire, but if you have illegal drugs or alcohol in your system, it is likely a waste of your and the employer’s time.

Drinking The Night Before A Pre-employment Drug Test: Is It Advisable?

Alcohol is made up of numerous complicated components. As a result, while some may dissolve within a few hours, others may remain in the body for several days. This could be recorded in your blood or urine sample records if it fails. As a result, drinking the night before a pre-employment drug test is not advisable.

How far back does pre-employment drug test?

However, hair analysis can detect the presence of most drugs for up to 90 days. Companies may offer testing for a wider variety of drugs, but the most common panel includes a urine test for cannabis, cocaine, amphetamines, methamphetamines, benzodiazepines, and opiates.

Will I get drug tested on my first day of work?

Drug testing is common practice for many companies, and many prospective workers must expect to undergo such a test. The exam is usually taken at a third-party lab before the first day of work. No special preparation is needed for this type of test, as it is typically a urine sample.

Will I be contacted if I fail a drug test?

If you pass the company’s drug test, you probably won’t hear anything, but if you don’t, a Medical Review Officer will get in touch with you (MRO). The MRO may contact you either via the company that footed the bill for the exam or directly.

Will an employer accept a negative dilute drug test?

Positive dilution, also known as a “positive dilute,” always indicates a positive drug test result. Reporting a test as “Negative Dilute” is not a violation of company policy because it is not a positive result.

Do you take a drug test same day as interview?

Does onboarding mean I passed the drug test?

That’s right; it indicates that you’ve successfully completed a drug test and a background check.

What drug test is most common for pre-employment?

Urinalysis is the most common drug test for pre-employment.

Do they watch you pee for a pre-employment drug test?

No, they simply observe you taking the breathalyzer, and when they send you for the urine test, they simply accompany you to the restroom and give you instructions.

Should I be honest about not passing a drug test?

If you know you won’t pass the drug test, be honest enough to admit it and stop wasting your recruiter’s time.

What Investors Think About Crypto Investment

Mining Bitcoin and Expanding Your Wallet 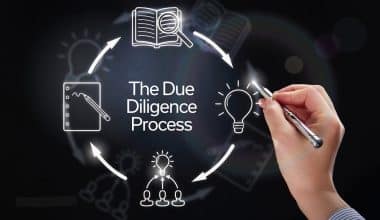 Read More
MManagement
Table of Contents Hide Due Diligence Process DefinitionWhat Is the Importance of Due Diligence?What are the Difficulties of… 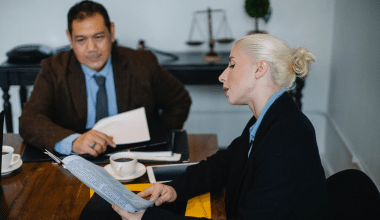 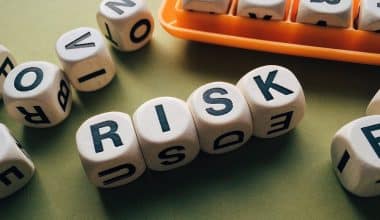 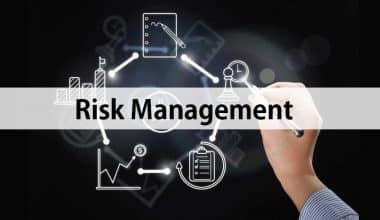