Home SUBROGATION IN INSURANCE: All You Need To Know
IInsurance

SUBROGATION IN INSURANCE: All You Need To Know

Subrogation, indemnification, and other insurance terms might be perplexing. We’re here to answer any questions you have about the subrogation process, whether you can sign a waiver and any other concerns you have regarding your policy. It is our team’s job to keep you and your loved ones safe on the road.

What is Subrogation In Insurance?

In a legal context, subrogation is the substitution of one person or group for another. Subrogation occurs in the insurance industry when your insurance company assumes your legal authority to pursue an individual or organization for an insurance claim.

Subrogation begins with the insurer paying for losses incurred as a result of an insurance claim. You submitted an insurance claim with your carrier and were paid. The insurance has now decided to pursue the party that caused the losses. It sues that third party in an attempt to recoup the money it paid you, effectively representing your interests in court.

Subrogation is essentially a strategy used by insurance companies to recoup money paid out for insurance claims. The insured (the policyholder), the insurer (the insurance company), and the party liable for the losses are all involved. Your insurance policy will have a subrogation clause that describes your insurance provider’s legal right to utilize this tactic in specific situations.

What Is the Intention of Subrogation In Car Insurance?

If you’ve ever wondered, “Why is vehicle insurance important?” this is the place to start. It is because it protects you on the road and keeps you from having to pay for accidents that were not your fault. Following a not-at-fault accident, both you and your auto insurance carrier may incur charges. Auto subrogation tries to prevent this by reimbursing individuals who are not at fault. You wouldn’t have an insurer to help you recover the money you spent on an accident you weren’t at fault for if you didn’t have automobile insurance.

Even if you are not involved in an accident, auto subrogation has advantages. This is because the process assists vehicle insurance companies in lowering premiums by shifting costs to the at-fault motorist and their insurer.

Why Does Subrogation Occur?

If you are in an accident and it is decided that you were not at fault, the at-fault driver’s insurer, commonly known as a “Third Party Carrier” (TPC), is required to assist you in paying your repair and medical claims. If you are unable to recover charges from the other driver’s insurance company for any reason, your insurance will frequently step in to assist pay for your repairs and other bills.

Subrogation permits your insurer to recover costs (medical bills, repairs, etc.) from the at-fault driver’s insurance company if the accident was not your fault.

A successful subrogation claim results in a refund for both you and your insurer.

You’ll normally find a language in your insurance policy that expressly grants your insurance company the authority to sue a third party on your behalf for losses/damages.

This is known as the subrogation clause, and it allows your insurance company this legal authority.

The procedures are often carried out between insurance firms and without your input. So the good news is that you won’t have to worry about anything.

What Should You Expect During Subrogation?

Process of Subrogation for the Insured

Fortunately for policyholders, the subrogation process for the victim of an accident caused by the fault of another party is relatively passive. The subrogation process is intended to safeguard insured parties; the insurance firms of the two parties involved work together to mediate and legally settle the payment.

Policyholders are merely protected by their insurance company and can proceed as such. It benefits the insured since the at-fault party must make a payment to the insurer during subrogation, which helps keep the policyholder’s insurance costs reasonable.

In the event of an accident, it is critical to maintaining contact with the insurance company. Ensure that all accidents are reported to the insurer in a timely way, and notify the insurer if any settlement or legal action is required. If a settlement happens between the two parties outside of the typical subrogation process in a court of law, it is generally legally impossible for the insurer to pursue subrogation against the at-fault party. This is because most settlements include a subrogation waiver.

When you are at-fault

If you are the at-fault motorist in a subrogation claim, the process will be handled by your insurer. If you do not have insurance and are at fault, the victim or their insurance company can sue you directly.

If the at-fault driver does not have insurance, you may be able to cover your expenditures through your own collision or uninsured motorist coverage. Your insurance company may then sue that driver for reimbursement of their costs as well as your deductible. Because they’re suing an individual rather than negotiating with an insurance company, this may be a long process with a lower chance of success.

Both Drivers Are to Blame

If you and another driver are both at fault, depending on your state’s regulations, you and your insurance may be able to recover a portion of your costs through subrogation in proportion to your degree of fault. If the other motorist is deemed to be 60% at fault for the collision, your insurer can only reclaim 60% of the money they paid to you because you were still 40% at fault.

Your insurance company may only be able to collect 50% of the loss from the at-fault motorist in some cases. This is termed a partial recovery, and the recouped costs will be split between you and your insurance company based on the percentages of money spent to repair your car. The recovered costs are shared based on the ratio of your deductible to the amount paid by your insurer to repair your vehicle.

Benefits of Subrogation In Insurance

What is a Subrogation Waiver?

A waiver of subrogation is a contractual term in which an insured waives their insurance carrier’s right to seek remedy or compensation from a negligent third party. Insurers typically charge an additional cost for this specific policy endorsement. A waiver of the subrogation clause is included in many building contracts and leases.

Such provisions prohibit one contractual party’s insurance carrier from pursuing a claim against the other contractual party in an attempt to recover money paid by the insurance company to the insured or a third party to resolve a covered claim. In other words, if subrogation is waived, the insurance company cannot “put themselves in the shoes of the client” after a claim has been paid and sue the other party to recuperate their losses. As a result, if subrogation is waived, the insurer faces increased risk.

Is Subrogation Harmful to the Insured Victim?

The subrogation process, which is intended to protect insured parties, is highly passive for the insured victim of an accident caused by another insured party’s negligence. The insurance companies of the two parties concerned work together to mediate and reach a legally binding agreement on the payout. Policyholders are merely protected by their insurance company and can proceed as such. It benefits the insured since the at-fault party must make a payment to the insurer during subrogation, which helps keep the policyholder’s insurance costs reasonable.

How Long Does the Subrogation Process Take?

Several factors can influence how long the subrogation process takes:

Because the other driver lacks insurance coverage, your insurer will have to sue them directly, which may prolong the subrogation process.

It is unclear who is at fault

If it is uncertain who is at fault, or if both drivers are at fault, the subrogation process may be hampered. If you are partially to blame for an accident, your insurer may only be able to recover a portion of your costs, if any, depending on state law.

.It may appear difficult, but there is a simple reason why insurance companies engage in subrogation: it provides them a better chance of recovering their money. Insurance firms that adopt this strategy can typically cut their insurance premiums because they are more likely to recuperate the cost of a claim. As a result, subrogation can benefit both the insurance company, which receives the money from the claim and the policyholder, who may pay a cheaper premium as a result.

Subrogation policies differ according to the policy and the type of insurance supplied.

What is the principle of subrogation?

The principle of subrogation refers to the practice of substituting one individual or organization for another in circumstances of insurance debt claims.

What are the three important reasons of subrogation?

What is the difference between subrogation and a lien?

A lien is a legally enforceable claim to the property, whereas subrogation just grants the right to sue to another party.

WHAT IS A FAIR CREDIT SCORE? How To Improve It 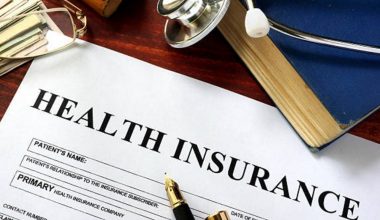 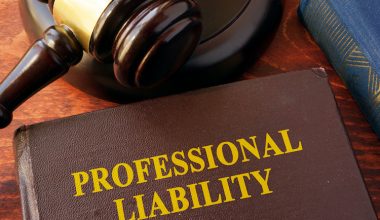 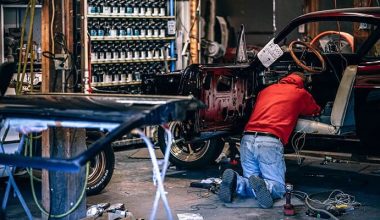