Home HOW TO ASK FOR A RAISE: Whether It’s Your First Job After Graduation
FFinancial Aid

HOW TO ASK FOR A RAISE: Whether It’s Your First Job After Graduation

Most people, especially new college graduates, gripe about their pay, but they rarely ever ask for a raise during a performance review. We all know that money-related talks can be difficult and daunting, especially when you’re trying to get a raise at your job. There’s nothing wrong with asking for a raise that represents the amount of effort you put in, but there are some best practices and techniques that will always beat others. Even if you work for a small company, you should know how to ask for a raise from your boss for some specific reasons. That’s not a big deal, but the tip of an iceberg. Following the instructions in this article will guide you through the process.

How to Ask for a Raise From Your Boss

The idea of approaching your boss to ask for a pay raise is enough to make the vast majority of workers wince. If your company does not provide regular annual salary increases and you are not eligible for a promotion even during a performance review, your only option may be to ask for a raise from your boss. You should know that asking for a raise is perfectly acceptable and that most business owners and managers want to provide their employees with a comfortable working environment.

While the process may appear intimidating and unsettling, it does not have to be, especially if you know your boss well. You will feel more confident starting the conversation if you have done your research and are prepared with facts.

How to Ask for a Raise

Learn how to write a raise request letter by following these pointers, which include advice on how to feel more confident in the message you want to convey.

If the amount you ask for is not in line with the realities of today’s job market, you won’t get very far. By conducting your research thoroughly, you’ll learn what a fair wage for someone in your position and location is. To get a better idea of how much you can expect to earn, check out the most recent Robert Half Salary Guide.

If you do your research well, you’ll demonstrate to management that your request for a raise is based on specific reasons. It should be based on actual data rather than just your own opinion.

It’s also a good idea to look into recent layoffs or a hiring freeze at your company. If you ask for a raise from your boss at a time when your company has just laid off workers or is experiencing lower revenues, your case will go nowhere fast, no matter how impressive you are.

When you’ve done your research and picked a good time to bring up the subject, ask your boss for a raise. Send an email to your boss explaining that you’d like to meet to discuss your compensation. Outline your impact clearly and concisely. Make a list of your accomplishments in your current position and organize them into succinct bullet points. Don’t bring up your coworkers’ salaries or any personal reasons you may have for needing more money.

Next, request a meeting with your boss to talk about your salary expectations. Set the tone appropriately if this is the first time your boss hears that you want more money. You could ask for a few minutes of our next one-on-one meeting to be devoted to discussing my salary, such as: “Can we have a short discussion to review my salary.”

#4. Make Sure to Ask for a Raise Ahead of Time

Is there a chance we could talk about compensation during my performance review? After expressing your desire for an increase, you should go back and provide more details. The subject line of your email might read: Following our discussion, I’d like to request a raise of X percent in my salary, after doing some research.

To support your request for more money, include a detailed explanation of how you arrived at your current salary. Use numbers to describe your accomplishments, such as saving money, increasing revenue, improving services, or taking on additional responsibilities. When you’re ready to answer tough questions about why you deserve a raise during a performance review, it’s easier to put your nerves aside for these reasons.

#6. Thank Them for Their Consideration

If you’re grateful for their consideration, be sure to tell your boss how much you appreciate it. Be patient after you hit the send button. Before responding to you, your manager may need to consult with a higher-up or HR. These discussions, as well as the subsequent negotiations, can take time.

Even if you don’t get what you want, thank your boss for letting you express yourself. Find out exactly what it would take to get a raise soon from your company and set a date for a follow-up meeting. Making a formal request, even if it is only a first step, can pay off in the long run.

Reasons Why You Should Ask For a Raise From Your Boss

It’s common for companies to reward employees who put in the effort, contribute to the success of the company, and have the potential for future advancement. Before you ask for a raise, you should be able to answer the question, “Why do you deserve a raise?” from your boss’s point of view.

Here are some reasons why you might ask for a raise during a performance review:

When Is It Appropriate to Ask for a Raise?

It’s just as important to know when to ask for a raise as it is to know why you deserve one. You must keep an eye on your company’s finances and your performance. The timing of your request could be the deciding factor in whether or not you get a raise from your company. Here are some examples of appropriate times to request a raise:

#1. During a Performance Review

Employers often anticipate that their workers will ask for a raise during the annual performance review process. So you must use a positive review as an opportunity to request a raise. Remember to include your examples of why you deserve a raise. For instance, you could say something like:

Thank you for your good comments. In light of my achievements this year, I’d like to propose a 10% pay raise. Due to the fact that I always meet my deadlines, helped increase client retention by 15% through my work, and took over the social media manager’s responsibilities while she was out on maternity leave, I believe I am deserving of a raise.

When you finish a large project or receive special recognition, it’s a good time to ask for a raise. Assume you’re a software engineer at CartShop, a company that creates retail apps. You almost had to postpone the launch of your company’s new grocery delivery app because of a problem that no one could figure out how to fix. However, because of your efforts, CartShop was able to successfully launch the app on time.

#3. When Your Company Achieves Financial Success

Your company’s ability to give raises depends on how well it does financially. Your company has to be able to afford raises when you request them. Consider whether they have had to make budget cuts or lay off employees.

If your company’s finances improve, you may be more likely to get the raise you deserve. However, you must still exercise caution when it comes to timing. Make sure you deserve the raise for more than just the fact that the company can afford it now.

#4. During Your Company’s Anniversary

When it comes to wages, seniority can play a role. If you’ve been with your current employer for a certain number of years, you may be due a raise in recognition of your dedication and hard work. For these reasons, review your company’s policy or speak with a human resources manager about how seniority affects your pay and whether you’re due for a raise.

Avoid Doing the Following When Requesting a Raise

When it comes to asking for a raise, these are the things to avoid. It’s a delicate balance. You want to be both confident and humble. You want to share impressive numbers, but you also want to make sure they’re correct. While you want to brag about your work, you don’t want to steal credit from others. Make sure you’re aware of what’s going on in the company before scheduling your meeting.

Here Are Some Things to Avoid When Asking for a Raise.

#1. When Requesting a Raise, Avoid Focusing On Personal Reasons

Remember how we said that asking for a raise because your rent is too high is a bad idea? This is still true. To be able to have a fruitful discussion, you’ll have to let go of your feelings of exhaustion and underpayment. A dollar bill is just a dollar bill; it carries no sentimentality. So put those thoughts aside and return your attention to the raw data.

#2. Don’t Ask for a Raise When Things Are Going Badly

Investigate how your company operates. Was your company recently laid off? Is your department amid a massive budget reduction? Are you on a hiring halt? Did your boss just lose a big client or give a bad presentation? Did your coworker, who has been with the company longer, recently ask for a raise?

Consider your timing carefully. You’ll be glad you did, even if it means waiting a month or two. However, tough times can last a long time—and your work remains strong. If you have to ask for a raise during difficult times or for personal reasons, here’s how to do it.

#3. When Asking for a Raise, Don’t Make Up Numbers or Take Too Much Credit

Working on a project is almost always done in groups, and your boss is aware of the kind of work you’ve been doing in your spare time. Don’t say things like “I’ve been working 70-hour weeks,” because we all know you haven’t.

Or that “you were responsible for increasing sales by 23% last year,” even though you worked with a team. Give proper credit where it’s due.

#4. Don’t Underestimate Yourself When Asking for a Raise

Now is not the time for modesty. So practice saying what you want without qualification. Before you ask, get rid of the “I’m not who I say I am” feeling.

Asking for a raise from your boss is not a big deal if you know how to present yourself well, even at the appropriate time to do so. Keep in mind that simply requesting a pay increase because you’ve been with an organization for a certain period (such as a year) is not a sufficient reason to ask for a raise. Yes, it is a feat, but be ready to explain why.

How To Ask For Raise FAQs

Is it rude to ask for salary increase?

When should I ask for a raise for my first job?

When to Ask for a Raise

What should you not say when asking for a raise?

An expert in salary negotiations advises against using the following five words or phrases when requesting a raise.

HOW TO ACCEPT A JOB OFFER: Tips And Examples 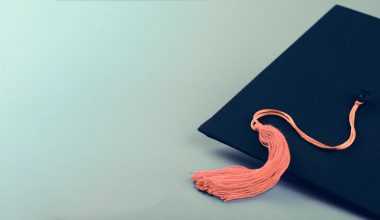 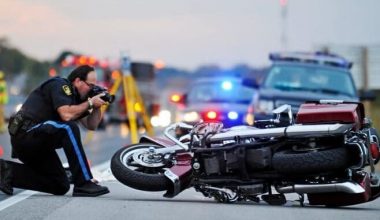 Read More
FFinancial Aid
Table of Contents Hide What Should I Do If I Am Involved in a Motorcycle Accident?What Should I… 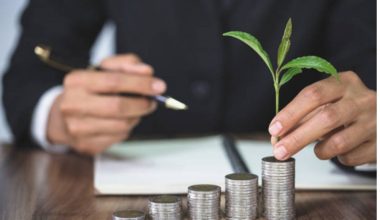 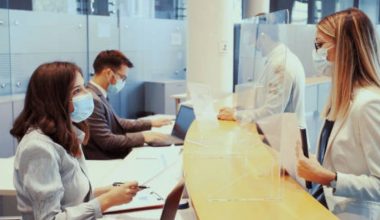 Read More
FFinancial Aid
Table of Contents Hide What does trust fund mean?How does a trust fund work?Benefits of a trust fundTypes…