Jumia treasure hunt is known as the biggest shopping sale on Jumia.

It offers up to 99% off on best-selling electronic appliances, fashion items, and smartphones.

In the Jumia black Friday treasure hunt, there are massive opportunities for every buyer.

These opportunities include fantastic discounts, free shipping, price reductions, and the 2023 “Spin and Win” Competition, or, as Jumia puts it, “Wheel of Fortune.” I trust you’d want to know more about this.
However, to stand a chance to win, you need to be fully grounded in the tips and clues.

This detailed blog post will give you the necessary tips and clues you need to win the Jumia Black Friday Treasure hunt and the 2023 “Spin and Win” or “Wheel of Fortune” Competition.

Every year during the Jumia Black Friday festival, one lucky customer has the chance to win a treasure hunt deal.

The “treasure hunt” is a massive discount on products – usually up to 90% off, that is hidden across the Jumia website, which once found can be instantly purchased by any customer who finds it.

When is Jumia Treasure Hunt 2023 Starting?

How does Jumia Treasure Hunt Work?

If you want to take part in Jumia Black Friday and win some of the great prizes, follow the instructions below:

How can you win Jumia Treasure Hunt 2023?

How Can You Find Jumia Treasure Hunt in 2023?

Jumia Pay allows you to find the treasure and check out quickly.

A lot of winners have emerged from the treasure hunt in previous years.

Let’s take a look at the interview with one of Jumia’s treasure hunt lucky winners.

His name is Moses Toluwase Sulaimon.

According to Moses, he went to the city of Lagos to spend some time with a friend and he got a free invite to the #TraceJumiaMADFest.

‘I actually came to Lagos on a short visit and the person I stay with at Yaba told me of the #TraceJumiaMADFest. He urged me to attend and I did, since I came on a short visit to sight-see lagos’ he said.

He began the search, which took him long hours. He searched 10 categories and 30 subcategories.

Then, the host told 10 people to come on stage to find the iPhone X. He got on stage quickly, because he stood close to the stage.

He had gone through the website all day, so he could predict that the phone would be in the diapers section, because a diaper was priced at 101, 000.

This was the story of Moses and how he won an iPhone X.

So, the Treasure Hunt festival is as real as it can be.

Who Won the Jumia Treasure Hunt 2022?

According to several news outlets, Damilola, who won a 200,000 voucher as well as a free one-year Jumia Prime subscription in the Jumia Treasure Hunt 2022, had previously tried his luck but had not won.

“The night I got the coupon, I set my alarm to get me up at 11.30 pm since the previous night, I had slept off and I did not want the same thing to happen again,” he said.

Damilola claims he had set his sights on winning the PlayStation 5 and proceeded to the women’s section at midnight.

“I reloaded the page and scrolled through it for 30 minutes before I spotted the PS5″ I was ecstatic, but just as I chose it, someone else beat me to it. Instead of giving up, I went to the jewelry section. I tried for a few more minutes and was about to give up when I saw the voucher and instantly claimed it.”

Damilola described his winning strategy, stating that the key is to be resolute and plan everything ahead of time.

On the other hand, Mrs. Stephanie Gara, who purchased the iPhone 13 for $6,850, said she had been counting down the days until the Black Friday promotion began and was determined to win.

“I’ve been a Jumia customer my entire life.” I gave it my all last year but didn’t win anything. When I saw the Jumia Black Friday advertisement this year, I told myself that I had to win something. Then I went hunting. It took some time, but I eventually discovered the iPhone and added it to my cart.”

According to the caterer, she didn’t sleep that night and didn’t believe it until she received a call from Jumia confirming that she had won the iPhone 13. She thanked Jumia for the phone and stated that she will continue to shop there.

Treasure hunt agreements are governed by laws and regulations, as well as criteria to check eligibility for participation, as outlined below:

Rules for the Jumia Treasure Hunt

The following covers how the Jumia “Spin and Win”/ “Wheel of Fortune” Works.

Jumia treasure hunt 2023 comes with plenty of goodies you don’t want to miss.

All you need to win the hunt are a couple of useful tips and clues which we will discuss extensively as you read on.

The first step you will need to take is to install the Jumia App.

Goods will be available at significantly reduced prices in the ‘App’ only.

Through the app, buyers will enjoy access to promo codes, and these codes offer additional discounts.

To install the app, visit Google Play Store or Apple store to download it.

With the app, you will get notified about the most exciting offers on Fridays.

Secondly, subscribing to the retail store’s newsletters is another smart move.

They send out useful newsletters to subscribers during this period.

Every new post will keep you updated on new offers that await you.

In addition, be patient and keep on searching all categories until you get what you’re looking for.

Search in all the categories; do not expect a phone to be in the smartphone category, it might as well be in the cooking utensils category.

Do not be weary as you search.

Finally, immediately you find what you’re looking for, place your order and make payment, do not wait to tweet about it.

Remember it’s a game of fastest fingers, and there are lots of buyers like you hoping to win this game.

If you make payment first, then the product belongs to you.

You might be the next lucky winner, do not relent!

#1. Make Use of Ultra-Fast Internet

If you want to compete with a large number of participants, you’ll need a gadget with a lot of RAM/speed and good internet connectivity.

This will offer you an advantage and make it easier to find prize items than one that keeps loading.

Ensure that your search begins at least 5-10 minutes prior to the start of the treasure hunt game and continues until the timer runs out.

This is due to the fact that everyone else seeks and quits somewhere along the line before reaching their destination.

And because it is a game, chances are that the product will be dropped at any point along the road from the start to the finish.

As a result, starting and stopping early will dampen your chances of winning. Starting in the middle will also do the same.

The Jumia search filters can substantially assist you in narrowing down your search; simply putting a keyword into the search bar may not suffice.

Refresh your search as much as possible as you narrow down your filter because Treasure Hunt items are known to emerge and disappear.

Also, make sure you exclusively search the category that Jumia has given you as a clue; only then will you be able to uncover the treasure item.

#4. Again Get More Information by Following Jumia on Social Media

Don’t forget to watch the live videos that are uploaded on various social media sites on a daily basis; certain clues may be revealed through these channels.

Communication with other treasure hunters can considerably increase your chances of success.

JumiaPay is a Jumia free online payment service that allows you to make secure, quick, and cost-effective payments online.

Another vital step to perform is to link your ATM card to JumiaPay in order to boost your chances of purchasing the product once it is discovered.

Because it’s a race to see who has the fastest finger, you’ll want to get rid of anything that could slow you down.

JumiaPay is simply faster and more dependable than other payment methods, and it can help you check out faster during the Treasure Hunt game.

Jumia Treasure Hunt 2022 is the perfect opportunity to grab the finest offer at up to 99 percent off.

However, in order to win this fantastic game, you must use the above-mentioned tips and tactics.

Please keep in mind that even if you are unable to participate in the Treasure Hunt, you may still save money on Jumia by utilizing vouchers 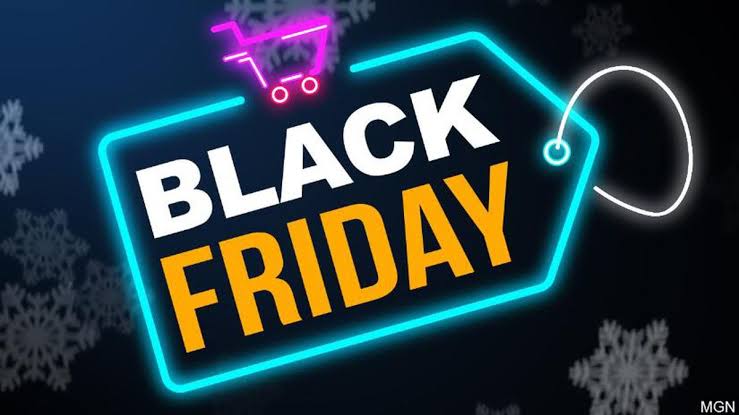 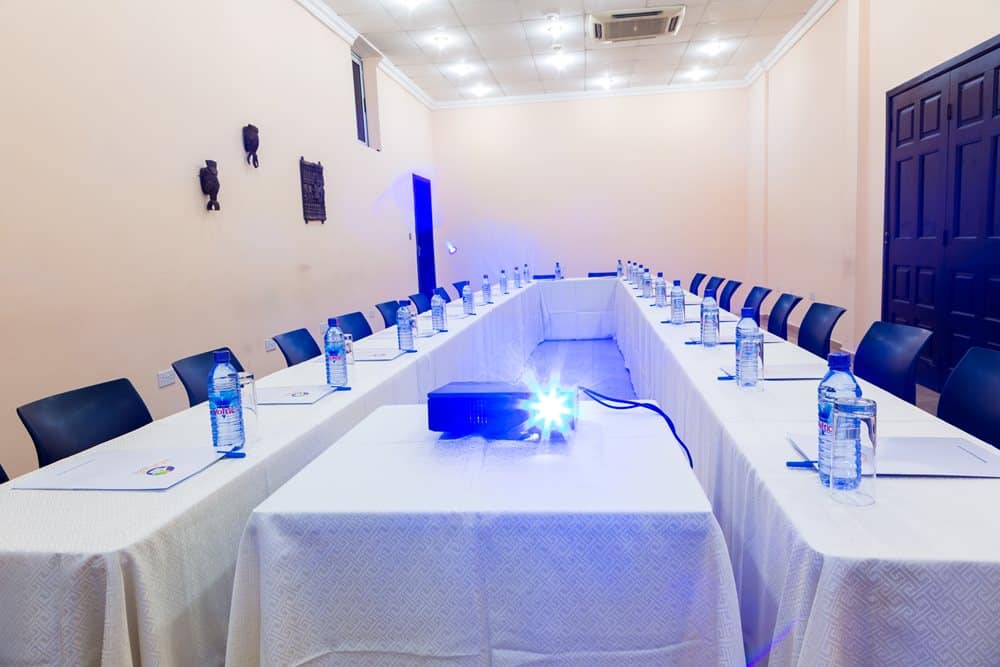 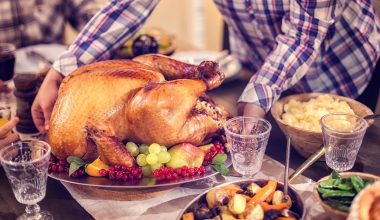