TOP COMPANIES IN TEXAS IN 2022

You may find the state of Texas in the central southern part of the United States. Due in large part to the expansion of its mining, quarrying, and oil and gas extraction industries, the region’s gross state product for the second quarter of 2018 amounted to $1.755 trillion, or 8.6 percent of the GDP of the country. Strong growth, employment, and income, as well as a key target for corporate relocations over the past six years, helped propel the state to the number three spot in Forbes’ 2018 ranking of the Best States for Business. Top and private companies in Texas will also be discussed in this article, together with companies that were founded in Texas as well.

There’s no denying that Texas has a one-of-a-kind company culture. Successful companies number among the dozens that have been founded in Texas. To the tune of billions, in fact, for some of them. Here is a comprehensive list of five companies founded in Texas, which you can use as a resource whether you’re thinking of starting your own company or are simply interested in learning more about the state’s entrepreneurial endeavors.

Gig Wage is a payroll and financial technology company that serves the needs of independent contractors and gig workers.

Specifics of the New Business:

Wheel, a healthcare technology company, connects the healthcare industry’s physicians with the necessary technological infrastructure to facilitate virtual treatment and telehealth. In addition, it is one of the companies founded in Texas.

SparkCognition is a startup that has set itself to creating AI software for enterprise applications.

The launch vehicles, spacecraft, and in-space services available by Firefly Aerospace are known for their dependability and cost-effectiveness, making them ideal for use with small payloads.

Workrise is an on-demand services and professional workforce marketplace for the energy sector.

What Industry Is Texas Known For?

Many different types of manufacturing take place in this state, from computers and electronics to automobiles and auto components to the production of food and drink. Additionally, Texas is no new to luring enormous, high-tech factories, and is increasingly renowned as the manufacturing hub of the nation.

Most of the world’s top companies have decided that Texas is where they should establish their headquarters. When it comes to economic growth, Texas is often recognized as a global powerhouse. As of this writing, 53 Texas-based companies may be found in the Fortune 500. Furthermore, established giants like Toyota put their North American headquarters in the state after an extensive site search, and startups like Dell developed out of student dorms to become worldwide innovators. In addition,  companies looking to expand to the next level often locate in Texas, regardless of their size or field. Here are the top 5 companies in Texas.

McKesson Company is a worldwide pharmaceutical distributor and wholesaler that also offers pharmacy management and other services. In addition, the top pharma distributor in the United States will be the primary distributor of COVID-19 vaccinations beginning in 2020.

AT&T is the largest telecommunications firm in the world, offering products and services to businesses (including cloud computing, cybersecurity, and the Internet of Things) and consumers (including cell phones, television, and internet) (e.g., TV service, internet, wireless data plans).

Sysco Company is in the business of providing restaurants, hospitals, schools, and hotels with food and related supplies through retail, marketing, and distribution. In addition, The company also provides tools and supplies to the hospitality and food service sectors.

I thought you would find this interesting: Sysco manages the dining facilities at Concordia University Texas.

USAA provides insurance, banking, and financial services to millions of service members and their families. US Air Force Mutual Aid (USAA) is the only non-publicly held corporation I am aware of in this area. Additionally, the 268-acre San Antonio corporate complex is one of the largest single-occupancy buildings in the United States.

Enterprise Products Partners L.P. is a major player in the North American midstream oil and gas industry. Transportation, storage, and wholesale distribution of petroleum products make up the “midstream” segment of the oil and gas business. In addition, The company caters to both the supply side and demand side of the oil, gas, petrochemical, and refined product industries.

Forbes’ annual list of America’s Largest Private Companies has H-E-B, headquartered in San Antonio, as the largest private company in Texas for 2018.

Twenty-two Texas corporations and five Houston-based enterprises made the yearly list of the top 225 U.S. businesses, which ranked organizations based on sales exceeding $2 billion. Businesses that employ more than 100 people and submit federal income tax returns qualify. Furthermore, The 2016 Forbes ranking of the largest privately owned corporations in the United States includes seven companies based in North Texas.

Multi-level marketing giant Mary Kay Inc. is one of the American private limited companies in Texas. Mary Kay, with a 2018 wholesale volume of US$3.25 billion, is the sixth largest network marketing company in the world.  The headquarters for Mary Kay is located in Addison, Texas. Mary Kay Ash started the business in 1963. Ash Rogers’ son Richard serves as chairman, while David Holl, who had been serving as president before being promoted to CEO in 2006, now holds that position.

H-E-B Grocery Company, LP is a privately held grocery chain with more than 340 shops in Texas and northeast Mexico. Central Market is a high-end organic and fine food supermarket. Furthermore,the company’s 2019 revenue tops $31.2 billion. H-E-B is No. 9 on Forbes’ list of “America’s Largest Private Companies in Texas.” H-E-B was named the 2010 Progressive Grocer Retailer of the Year. It ranks 13th among the “Top 75 North American Food Retailers” by sales. In addition, it is the 19th largest retailer in the US. It donates 5% of pre-tax profits. H-E-mascot B’s is H-E-Buddy, a brown grocery bag with groceries coming out of the top.

Enterprise software and IT services provider BMC Software, Inc. is a Houston, Texas-based American multinational corporation. Houston, Texas, is home to its international headquarters. However, for the eighth year in a row, BMC’s BMC Helix ITSM solution has been placed as a Leader in Gartner’s Magic Quadrant for IT Service Management Tools.

Beginning on February 18th, 2011, KPMG owned EquaTerra. EquaTerra, a member company of the KPMG network, maintains its global sourcing advice services in the areas of information technology (IT), finance and accounting (F&A), human resources (HR), and supply chain management. Also, read Minimum Wage in Texas: What is the Minimum Wage in Texas 2022

What Is the Biggest Company in Texas?

Foxconn provides shipping information and arranges cargo transfers. Freight forwarders are also part of this profession. They convey items from shippers to receivers for a fee that covers the full trip.

In addition, Foxconn Assembly LLC, Houston TX, has 750 people and $210M in revenue.

What Big Companies’ Headquarters Are in Texas?

What Companies Are in Austin, TX?

Texas is home to a wide variety of high-tech sectors, each with its own set of advantages thanks to the state’s history and current development of specialized infrastructure and in-depth understanding of a given field. Furthermore, the vast array of business opportunities and companies in Texas is a boon to the state’s hardworking citizens.

What is the largest privately owned company?

As of 2021, Cargill had more annual income than any other private firm in the United States. In that year, their sales were $134,4 billion.

How many Fortune 500 companies are there in Austin?

Which city has the most headquarters?

When it comes to the headquarters of major companies, Tokyo is clearly in the lead.

1099 EMPLOYEE: Everything You Need To Know 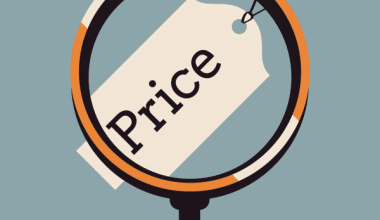 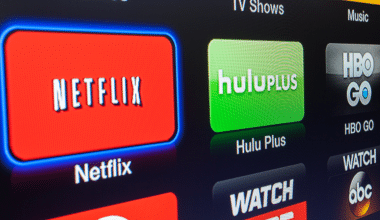 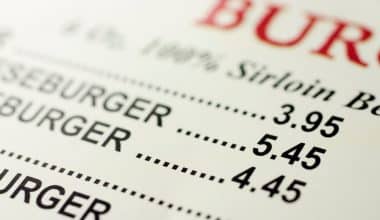