HOW TO BECOME A CEO: Skills, Qualifications & Best Practices

Becoming a CEO is an ambitious and seemingly toilsome goal, but it’s also one that can be achieved by anyone who has the will and determination to get it done. Whether you’re an experienced professional or just starting, the following advice will help you on your journey to becoming a CEO.

How to Become a CEO of a Company

If you want to be a CEO, you need to be able to make decisions and lead others effectively. It’s not just about being smart or talented; it’s about having the ability to take responsibility for your decisions and communicate them effectively with other people. In this article, we’ll show you how these skills can help set you apart from other candidates for jobs, as well as how they might improve your career prospects when applying for leadership positions at large organizations like banks or companies in sales or marketing departments.

#1. Learn to accept responsibility for your decisions

One of the most important things you can do when you take on a position as a CEO is to learn how to accept responsibility for your decisions. This means that if someone criticizes or questions your decision, don’t blame them—you are responsible for making those choices, and they should be held accountable for their actions.

You should also avoid making excuses or shifting blame to others; if something goes wrong, it is your fault! You must know that no matter how bad things get (or how great), there is always hope for improvement at some point in time with enough hard work toward achieving success as an entrepreneur or business owner.

Demonstrating leadership abilities starts with knowing what leadership entails in the first place. Just in case you are confused as to what it means, the following will help you get started.

Communication skills are an important part of leadership. Good communication can be learned and improved, but it’s also something that comes naturally to some people and not others. If you’re not naturally good at listening and speaking clearly, there are a few things you can do to improve your ability:

What does it mean to have strong people skills? How do you go about it effectively? The following will help you get started.

If you want to be a CEO, it’s important to gain experience in business management. This can be done through internships, part-time jobs, and volunteering. Your first step should be finding an organization that will let you get involved with their operations and learn how things work there.

#6. Get an advanced degree (if possible)

If you can get a master’s degree in business administration (MBA), management or accounting, that would be optimal. A master’s degree will give you the best chance of being accepted into graduate school and also qualify you for higher-paying jobs. In addition to an MBA, there are other graduate programs available that focus on specific areas like finance or marketing:

For example, some schools offer certificates in business administration or management. These programs typically have lower requirements than an undergraduate degree at the same university but still allow graduates to get their feet wet with their chosen field before they start looking for positions with real experience under their belts.

Some universities offer associate degrees as well as bachelor’s degrees, and these can often be completed within two years.

How long does it take to become a CEO?

To become a CEO, you’ll need to be ready for the long haul. It’s not just about having the right skills and qualifications; it’s also about having enough experience under your belt before applying for jobs like this.

The best way to do this is by getting started as soon as possible. If you want to be a CEO but don’t have any experience yet, then start working on it now! There are many opportunities out there that can help guide you towards becoming one in no time at all—and they won’t cost anything extra either.

Is it hard to become a CEO?

The answer depends on the person. Some people are born to be CEOs, but most people have to work hard to get there. CEOs have to be confident and charismatic, but also good at making decisions and managing people.

How much is a CEO paid?

The numbers above do not include stock options, which often make CEOs’ incomes even greater than their base salaries. However, they do include bonuses—and these are generally based on performance metrics like revenue or profit growth rather than how many units you sell per month or how many employees you have at your company (though those things can help determine bonus amounts).

As such, while bonuses are usually only paid once per year and don’t change much from year to year over time—they’re typically smaller than base salary increases—it remains true that CEOs tend to make significantly more money than their employees.

Who is the youngest CEO?

The youngest self-made billionaire in the world is Mark Zuckerberg, who was 23 when he became CEO of Facebook in 2004. His net worth at that time was just $100 million, which means that he went on to make $55 billion by 2018—the most recent year for which there are publicly available figures.

Meanwhile, it’s worth noting that Zuckerberg has been criticized for not having enough experience as an adult before becoming CEO: he had only worked at two other companies before founding Facebook (one as an intern and one as a summer associate). However, many people have noted that this doesn’t detract from his success; rather than being considered “unqualified,” it demonstrates how much intelligence and hard work can lead to extraordinary results in any field or industry.

Do CEOs get paid a lot?

CEOs are paid a lot of money. They’re paid more than other executives in the company. This is because CEOs have so much responsibility and take big risks that it makes sense for them to be compensated accordingly. They also have to make decisions that can affect their company’s bottom line, so there’s no doubt that CEOs are some of the highest-paid people at any given company.

Do CEOs have free time?

As a CEO, you will have a lot of free time. You are busy, but that doesn’t mean that you can’t also take some time off. If your company needs you to work harder or faster than usual for an extended period—say, when it’s in the middle of an acquisition or merger—you can ask for extra pay so that your family doesn’t suffer because of this situation (and if they do suffer because they don’t have enough money).

When I was working as an engineer at Google and then again after joining Airbnb as their Chief Operating Officer (COO), I would often take weekends off from work just so my wife could go on vacation with me! These were great times spent together exploring new cities and countries around the world before returning home refreshed with stories about what we had seen during our travels.

What To Study To Become a CEO

To become a CEO, you will need to study business administration. You can choose any of the following degrees:

Where do most CEOs start?

Most CEOs start as an assistant to the CEO. They may also work in a junior role at a small company, where they gain more experience and can develop their skills before moving up the ranks.

In some cases, you can get your foot in the door by studying business or engineering at university. If you’re looking for an entry-level position with good salary potential and growth potential, consider going straight into management roles like finance or HR after graduating from university (or finishing your degree).

What does a CEO do all day?

You’re probably wondering what exactly a CEO does all day. In short, the job description is pretty straightforward:

Becoming a CEO is a great career path. It’s rewarding and can lead to many different types of jobs, but it takes time and hard work. If you want to pursue this path, remember that it’s not just about how much money or power you make or how many people you manage—it’s about being yourself and having an impact on people’s lives through your decisions every day.

DOLLAR TREE LOGO: The Inspiring Story Behind the Brand

EMPLOYABILITY SKILLS: Why Are They Important? 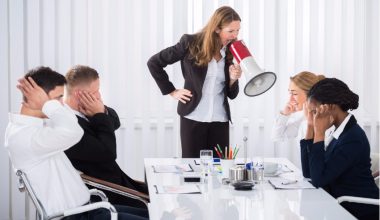