Austerity measures are a collection of economic policies that governments undertake to lower budget deficits. These policies typically include tax increases, spending cuts, or a mix of the two.

Austerity is a term used in economics to describe harshness or sternness and is used to describe austerity policies. These are economic measures used by a government to lower public sector debt by sharply cutting spending, especially when a country is in danger of defaulting on its bond obligations. The goal of austerity measures, which are regarded as severe applications of economic policy, is to lower the government’s budget deficit. These measures can be implemented in a variety of ways, such as by raising taxes or cutting government spending.

These austerity measures are only implemented in severe situations, most frequently when a government is near to defaulting on its debt, because they are thought of as elements of contractionary fiscal policy. The World Bank states that this default threshold is equal to a public debt-to-GDP ratio of 77%. A government generates more revenue when it raises taxes. A government has more money to pay off its debt when it cuts back on spending.

Government spending reductions can take many different forms. Usually, it leads to the elimination of unnecessary programs. This includes freezing or reducing government employee salaries; reducing funding for programs that benefit veterans, the homeless, and national parks; hiring freezes, and freezes on pensions.

Austerity may be divisive for both political and economic reasons. Pensions for public employees, welfare, and government-sponsored healthcare are popular targets for budget reductions. These programs disproportionately affect low-income earners at a time when they are already vulnerable financially. Austerity methods make daily life for citizens tough while controlling a government’s budget.

Unless they are compelled to do so by bondholders or other lenders, governments are unlikely to implement austerity measures. These actions resemble fiscal policy that is contractionary. They impede economic expansion. Due to this, it is significantly more challenging to generate the necessary funds to pay down sovereign debt. Government initiatives must change as a result of austerity measures. For instance:

All of these adjustments might not be part of austerity measures. Depending on the state of the nation, other austerity initiatives to cut corporate costs include regulations. They mandate that governments:

By reducing the fiscal deficit, austerity measures primarily aim to reduce debt. In essence, the debt that is due today is the result of previous years’ budget deficits added together. High debt raises the possibility of default since it makes it harder for the government to make loan payments for principal or interest. The premium that lenders require rises as the likelihood of default rises. In order to make up for the increased risk, the lender requires a greater premium and interest rate. As a result, interest costs skyrocketed. When the value is more than the new tax revenue, the debt load spirals out of control.

Lenders typically compel the government to practice fiscal restraint in such circumstances. To lower the deficit, the government must enact austerity measures. The government then reduced its spending, raised taxes, or did both at once. Some nations seek to increase taxes while also spending more than necessary. The increased tax collection outweighs the rise in spending. The government is increasing spending in order to boost the economy and raise tax revenue. Let’s say, for instance, that expenses rise by around $100 while tax revenue rises by $300. The deficit is reduced by $200 ($300-$100) on a net basis. In general, there are various options for reducing the budget imbalance, including:

Illustrations of the Examples of Austerity Measures

The UK has policies that aim to drastically cut public spending and raise taxes. Between 2010 and 2019, the government reduced direct spending by more than £30 billion. Welfare payments, housing subsidies, and social services were the key areas where budget cuts were made.

The Greek government was compelled by the debt crisis to enact the austerity plans recommended by the IMF, ECB, and EU. In November 2012, the Greek parliament passed an austerity plan that included tax increases and budget cuts totaling €13.5 billion.

The advantages and cons of austerity programs are raised. Running a frugal program is difficult now, but it will be worthwhile later. Some contend that when pessimism grows and the economy falters, the short-term suffering could linger longer. The current economic crisis could persist for years. Along with an economic crisis, it also sparked a social crisis that saw a rise in crime, rioting, and poverty. Below, we will be looking into the various advantages and disadvantages of austerity measures.

The Advantages of Austerity Measures

By reducing the fiscal deficit, austerity measures primarily aim to reduce debt. In essence, the debt that is due today is the result of previous years’ budget deficits added together. High debt raises the possibility of default since it reduces the government’s capacity to make loan payments for principal or interest.

Austerity measures mean that during a time of slow economic growth, government spending will be reduced. It is a deflationary fiscal strategy that is linked to slower rates of economic expansion and higher rates of unemployment.

Some economists contend that “austerity” is required to lower budget deficits and that reducing government spending is compatible with enhancing the economy’s long-term performance. However, Keynesian economists contend that austerity can be “self-defeating” in a recession when spending reductions result in a decline in aggregate demand and slower economic development. This results in lower tax collection and can cancel out the positive effects of spending reductions.

One of the primary advantages of austerity measures is that they help lower the government’s budget deficits since, if government revenue stays the same, it will be better off financially if government spending is decreased. Thus, in the preceding scenario involving pocket money, you will be able to save $300 per month due to a reduction in your child’s need for pocket money, which would then result in a $300 reduction in your own spending. The same thing occurs when the government cuts its spending.

Other advantages of austerity measures are that they encourage the government to exercise better financial restraint since when the government spends irresponsibly, government agencies follow suit, which leads to government spending on initiatives that are neither essential or advantageous to the economy. Therefore, in the example above, if your child’s education-related expense is $150 and the rest is for entertainment, parties, and other expenses, cutting the pocket money will allow your child to spend only $50 instead of $350 on other expenses. This will encourage your child to be more frugal when managing various expenses.

Because the supply of goods and services is constrained, when the government spends money, it adds more money to the economy, which in turn can produce inflation. As more money tries to buy the constrained goods and services, prices rise. Simply put, increasing government spending will only increase the inflation rate, which over time could prove to be disastrous for the economy if production in the nation does not improve as a result.

The Disadvantages of Austerity Measures

When a nation is experiencing a recession or slow economic growth, demand in the economy is not as high. If the government also reduces demand by reducing its spending, this could result in lower aggregate demand, which could set off a vicious cycle in which lower demand causes companies to produce less, which reduces employment opportunities for citizens, which reduces income, which further reduces demand.

Austerity also has the drawback of being unpopular because, in democracies, the ruling party would need to have strong political will to decide to cut spending during economic slowdowns. For this reason, you hardly ever see a ruling party implement these measures prior to elections, even if they are ultimately beneficial to the economy.

The biggest drawback of austerity is that it can cause a liquidity crisis in the financial system if the government adopts it during a recession or economic slowdown by cutting back on spending. This crisis could then spread throughout the financial markets and the entire economy, worsening the slowdown.

What are Austerity Measures?

In conclusion, you shouldn’t be confused about what exactly austerity measures mean. Simply put, austerity, often known as austerity measures, is a collection of economic policies that governments undertake to lower budget deficits. These policies typically include tax increases, spending cuts, or a mix of the two.

Is austerity a good thing?

Why Cutbacks Are Rarely Successful. Austerity measures, despite their best intentions, deepen debt and impede economic progress. According to a report published by the IMF in 2012, the austerity measures implemented by the eurozone may have delayed economic development and made the debt crisis worse.

What’s the opposite of austerity?

Reducing government spending is an austerity tactic that is the reverse. Most people believe that this is a more effective way to lower the deficit. Politicians are more likely to spend new taxes-generated revenue on their people.

How do you use the word austerity?

Both dealing with foreign pressure and issues of economic austerity were centralizing. Due to the austerity of the war and the global crisis of the 1930s, wages were low at the start of the period. She was quite religious and always engaged in penance and devotion.

What is an austere lifestyle?

Austere typically refers to being without any frills or comforts or being excessively stern or rigid. Austere things are serious, unpleasant, or exceedingly straightforward. The phrase is particularly used to indicate intense self-discipline or austere living arrangements, such as those seen in monasteries.

Is austerity a virtue?

Latin for harshness, “austerity” refers to self-control. In 1502, it was reported that Jesus’ teachings were characterized by “poverty, humility, and austerity.”

Austerity, often known as austerity measures, is a collection of economic policies that governments undertake to lower budget deficits. These policies typically include tax increases, spending cuts, or a mix of the two.

Which countries have austerity measures?

Several European countries, including the United Kingdom, Greece, and Spain, turned to austerity as a way to alleviate budget concerns. Austerity became almost imperative during the global recession in Europe, where eurozone members didn’t have the ability to address mounting debts by printing their own currency

Why is austerity necessary?

It can be concluded that moderate austerity is necessary when the economy can afford it, to avoid a Greek-style debt crisis and instill confidence in the economy, whilst reducing the deficit for the future.

How do austerity measures work?

Austerity measures are reductions in government spending, increases in tax revenues, or both. These harsh steps are taken to lower budget deficits and avoid a debt crisis. Governments are unlikely to use austerity measures unless forced to do so by the bondholders or other lenders

FIDELITY VS ROBINHOOD: How to Decide Which is Best (Detailed Review)

CONTINGENT IN REAL ESTATE: Difference Between Pending and Contingent in Real Estate 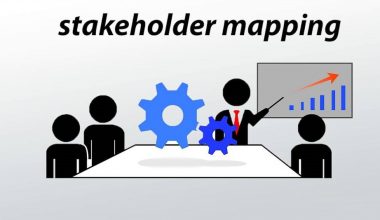 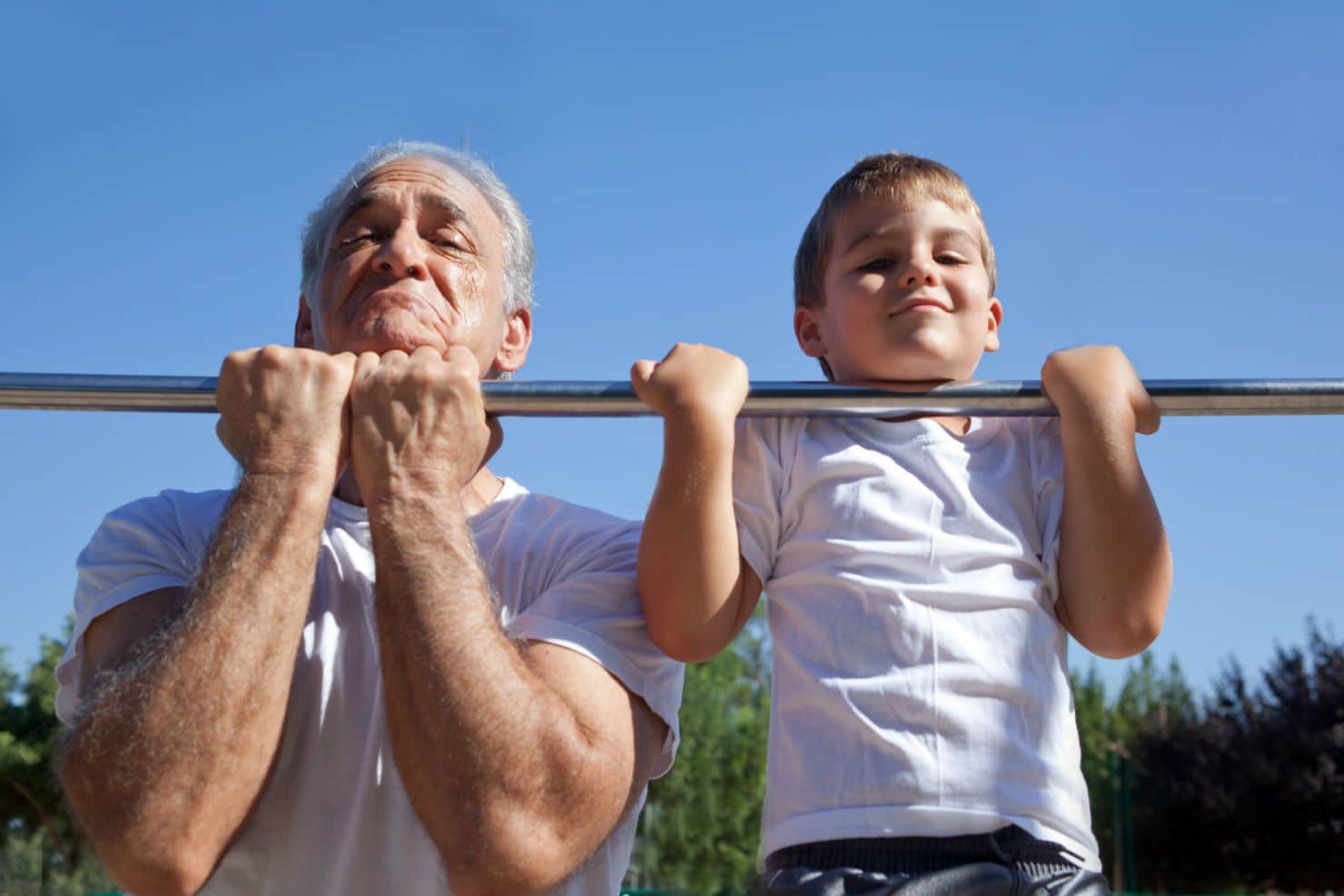 Read More
BBusiness coaching
Table of Contents Hide How to benefit from business mentorship1. Know what you want.2. Keep the communication line… 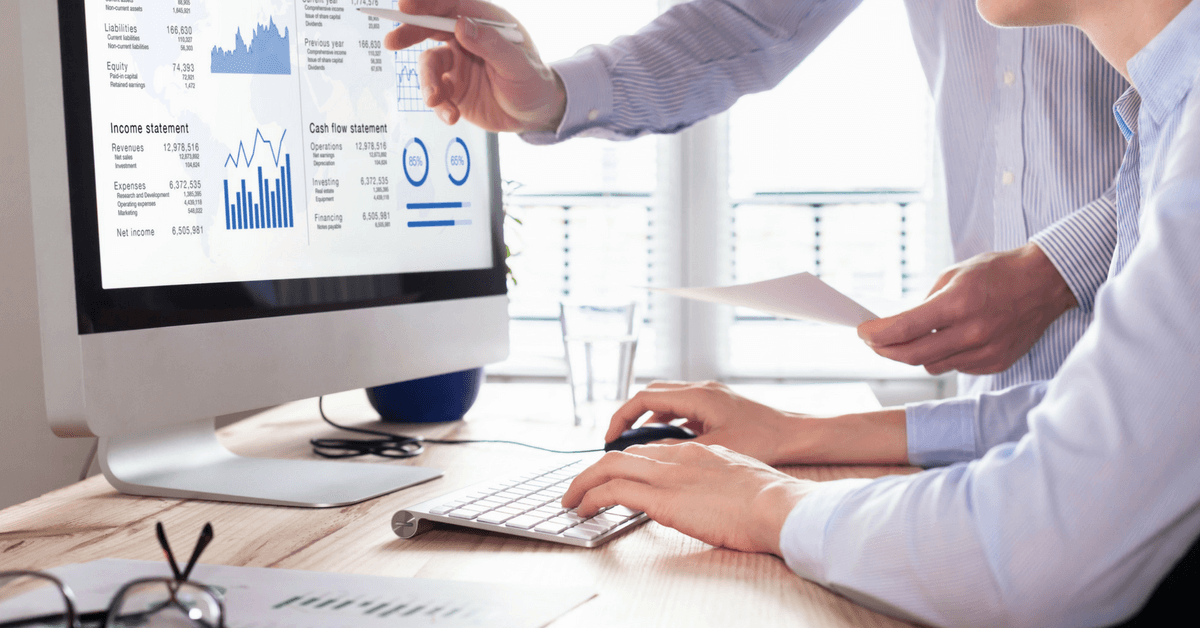