Home Is OXT a Good Investment in 2022?
IInvestment

Orchid is an open-source, decentralized peer-to-peer VPN service. The project was founded in 2017 by a team of crypto enthusiasts from San Francisco and Berlin. Its CEO, Steven Waterhouse, a former partner at Pantera Capital and Bitstamp’s office, is a recognized expert in the field of blockchain.

The idea behind this network is very promising, and if you have no OXT tokens in your portfolio, you can be missing out. Why? Read on to find everything out!

As explained on the website and in the white paper, the Orchid network relies on four main elements:

The Orchid app is now available for iOS, Android, macOS, and Linux. This is what allows you to have access to the Orchid network on various devices (computers, laptops, etc.) and configure user settings. They are very similar to those offered by traditional centralized VPN providers. However, this application includes a private key to authenticate the purchase of bandwidth using the project’s native token (OXT).

The Orchid protocol is very similar to the classic OpenVPN protocol. Specifically, the latter is a widely used protocol because, due to its nature, any publicly reported security vulnerability is usually patched by the community. It can also bypass most firewalls by supporting multiple ports.

The protocol can be accessed by nanopayments, a system that aims to minimize transaction fees through the amortization of fees across numerous transactions and parties.

OXT Price: Today and in the Future

OXT is currently trading at $0.09. But what has been happening with its price in the past, and what should we expect in the future? Let’s explore.

The project is very young, so there is not much information about its past price movements. However, we can see a clear bullish trend taking root from its listing on Binance (the world’s most popular exchange), which gave a significant boost to the OXT chart.

Back then (in September 2020), Orchid began its trading journey by reaching a local high of $0.76. After that, the token fell to $0.20, which eventually became its most important resistance level.

After that, the token (on par with BTC, ETH, and other major cryptos) lived through two big bullish waves—in April and November 2021. By the way, reaching two highs in one bullish cycle doesn’t work for every project, which means the coin is really fundamental. Then the token prices hit $1.02 and $0.78, respectively.

However, the year 2022 isn’t that good for OXT. Since the beginning of the year, after bouncing back from ATHs, Orchid has been trading at its resistance wall of $0.20. And in May, after the Terra crash, the chart finally broke this level and dropped to 8 cents.

Should we take advantage of a 92% discount, or is the technology already dead? Let’s investigate!

In late spring 2022, Gov. Capital held a bearish outlook for the OXT token in the short term. The experts saw five bullish signals versus 26 bearish ones. Nevertheless, Orchid’s price could rise to $0.37 by the end of the year, according to CoinCodex.

Digitalcoinprice.com has assigned a sell rating to the OXT token based on technical analysis. The site’s OXT price prediction says that we can see $0.03 by the end of 2022, and the value will probably not change during 2023. The forecast suggests that by 2025 the price of OTX could be $1.8.

Such bearish expectations are mainly based on the challenges faced by the adoption of the decentralized VPN, which is quite a long-lasting process. However, if the development team is able to overcome the monopoly of centralized solutions, then we can expect a token price of at least $2 by 2030.

Is It Profitable to Invest in Orchid Now?

If you feel like the described technology is exactly what you’ve been looking for, then this token is your best bet. Hurry up to buy at such a low indicator. There is a great opportunity to accumulate OXT at an average price of $0.09.

1099 EMPLOYEE: Everything You Need To Know 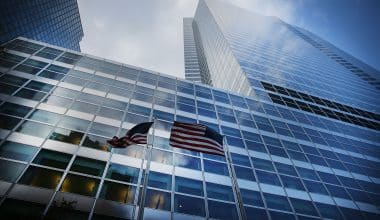 Read More
IInvestment
Table of Contents Hide What is a Bespoke CDO?Understanding the Basics Background Data Pros of Bespoke CDOCons of… 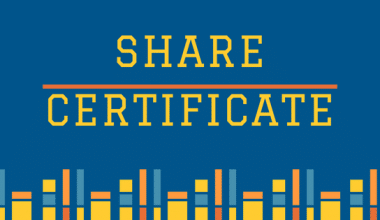