Home What Is a Debenture Bond? Definition & Types
IInvestment

What Is a Debenture Bond? Definition & Types

A debenture bond is a type of bond that is issued by a corporation. It is not secured by any asset or collateral but is backed up by the reputation and integrity of the corporation that issues the debentures. This type of bond often bears a higher rate of interest than secured debentures to compensate investors for the additional risk of not having to repay their funds.  Although debentures are a type of bond, not all bonds are debentures. We will look at the difference between bonds and debentures in this article as well as other types of debentures and bonds.

They are similar to loan certificates. Debentures are issued to the public as a repayment contract for money borrowed from them. These debentures have a defined maturity date and a fixed interest rate that might be paid yearly or semi-annually. Debentures, like equity shares, are also available to the general public.

What Are Debentures Example?

Treasury bonds and Treasury bills are examples of debentures.

What Is a Debenture Bond?

A debenture bond is a bond that is issued by a corporation and has no collateral security. Debenture bonds are a funding source that appears on the balance sheet as corporate obligations. Whenever a bond is insecure, you can say that it is a debenture bond but when the bond is secured it is called a secured bond.

Difference Between Bonds and Debentures

A Bond and a debenture are both debt instruments that are issued by the government or a corporation. These are both fundraising instruments for the corporation. People interchangeably use these two words but in reality, they are not the same. Government, government agencies, or a major corporation issues a bond, while a debenture is issued by public firms to raise capital from the market. Bonds are the financial instruments government agencies and private organizations ensure, to raise additional funds from the public. While the private/public companies issue debentures for raising capital from the investors. Below are other differences between a bond and a debenture

What Is Difference Between Bond and Debenture?

Debentures are unsecured debt instruments, unlike bonds, which are backed by the issuer’s asset. Only the creditworthiness and reputation of the issuing party matters when it comes to buying or selling debentures. Bonds often have a lower interest rate than debentures.

The following are the prominent types of debentures;

They are bonds that can convert into equity shares after a certain length of time. Convertible debentures are financial securities that combine the advantages of debt and equity. They are fixed-rate loans with fixed interest payments that many corporations employ.  However, debenture holders have the choice of either keeping the debt until maturity and receiving interest payment or converting the loan into equity shares.

Debentures are more risky because they are not often backed by collateral. Instead, they are backed only by the issuing party’s faith and credit

Are Debentures Profit or Loss?

The interest on debentures is deducted from the company’s profit.

Is Debentures a Good Investment?

Debentures are good for businesses because, compared to other types of loans and debt instruments, they have lower interest rates and longer payment terms.

Both present and future, and when it can deal with the property in the ordinary course of business until the charge crystallizes, i.e., when the company goes into liquidation or when there is a new receiver. A city, for example, might use future property tax receipts to secure a bond, whereas companies might use their factories as bond securities. A fixed charge asset in a secured debenture is generally an industrial or office building.

Secured debentures go with a fixed or floating charge. When the floating charge crystallizes, the debenture holders have a right to payment out of the sale profits of the assets, subject to the preferential creditor’s claim, but before any payment to unsecured creditors. This may cause a reduction in the coupon rates and cheaper borrowing costs for issuers. It is a bond that has its protection by a pledge of assets.

There are three major types of bonds

Treasury bonds, bills, and notes issued by the United States government are the highest-quality securities available. They are issued by the Bureau of Public Debt of the United States Department of Treasury. Treasury securities are all convertible and you can exchange them on the secondary market. Furthermore, you can differentiate them by maturity dates ranging from 30 days to 30 years.

One significant advantage of Treasuries is that the interest they pay is tax-free at the state and municipal levels. The United States issues Treasury bills, treasury notes, and treasury bonds. Let’s look at them briefly

Treasury bills pay no interest and have maturities ranging from a few days to 52 weeks. T-bills are short-term securities with maturities of less than a year. Because they sell it at a discount from their face value, they do not pay interest until maturity.

These are fixed-income securities with maturities ranging from 2 – 3 years through 5, 7, and 10 years. Treasury notes (T-notes) have maturities ranging from one to 10 years and earn a fixed rate of interest every six months. The 10-year Treasury note is the benchmark for the mortgage market. They use it to analyze the performance of the United States government bond market.

Treasury bonds have maturities ranging from 10 to 30 years. They feature a coupon payment every six months like the like T-notes,

The state and local governments issue municipal bonds (“munis”) to fund the building of schools, roadways, housing, sewer systems, and other significant public infrastructure projects. For investors who live in the jurisdiction where the local government issues the bond, these bonds are typically exempt from federal income tax and, in some situations, state and municipal taxes.

Munis typically offer competitive rates, but this is not safe because local governments can go bankrupt.

It’s worth noting that in some states, investors must pay state income tax; if they buy shares in a municipal bond fund that invests in bonds issued by states other than the one where they pay taxes. However, some municipal bonds in the fund may not be subject to ordinary income tax. They may be liable to federal, state, and local alternative minimum tax. Finally, if an investor sells a tax-exempt bond fund at a profit, he will need to consider the capital gains taxes

Corporations issue bonds to fund a substantial capital investment or a business development. Corporate bonds have a higher amount of risk than government bonds, but they typically have larger prospective yields. The value and risk that goes with corporate bonds heavily influence the company issuing the bond’s financial outlook and reputation.

Bond prices often fall as interest rates rise. Furthermore, bond returns and principal values fluctuate in response to changes in market conditions. Bonds may be worth more or less than their original cost if not held to maturity. Bond funds face the same inflation, interest rate, and credit risks as their underlying bonds. Prices normally decline as interest rates rise, which can harm the performance of a bond fund. Also, they use prospectuses to sell mutual funds.

Before you invest, carefully consider the investment objectives, risks, charges, and expenses. Your financial professional can provide you with the prospectus, Kindly read them carefully before deciding to make any investment.

What Is a Debenture Bond FAQs

What are debenture bonds used for?

Debentures, in general, serve more useful than other types of bonds. While you can use both the debenture and a bond to raise capital, it can be issued by a corporation to finance the expenses of an impending project or to pay for business development in view.

Is debenture an asset or liability?

Debenture bonds are business liabilities since they reflect future payable debts. On the balance sheet, liabilities are classified as either current liabilities or long-term liabilities.

Is debenture a loan?

Companies use debentures as fixed-rate loans with fixed interest payments. However, debenture holders have the choice of keeping the debt until maturity and receiving interest payments or converting the loan into equity shares.

What is the difference between shares and debentures?

How To Cancel Geico Insurance: Steps on How to Cancel Insurance

What Is A Testamentary Trust: Definition, Examples & How It Works 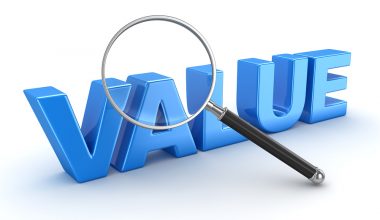 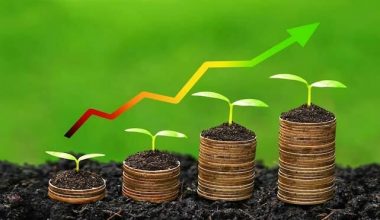 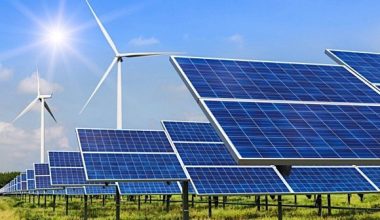