Home ANGEL INVESTORS: Meaning and All You Should Know
IInvestment

ANGEL INVESTORS: Meaning and All You Should Know

What You Need to Know About Angel Investors

Investors at the “angel” level are typically individuals looking to put money into startups in their early stages. Angel investors rarely allocate more than ten percent of their portfolios to high-risk investments. The vast majority of angel investors can afford to take a risk and are seeking a better return on their money than they can get from more conventional investment vehicles.

The term “angel” originated in the Broadway theater. This is where it was used to describe wealthy patrons who provided financial support for shows. Invented by William Wetzel, founder of the Center for Venture Research at the University of New Hampshire, the term “angel investor” has since become common usage. Wetzel finished his research on where and how start-ups get their funding.

The Basics of Angel Investing

Seed or angel funding occurs when a company is still in its early stages and is dependent on its founders. The angel investment may come when the company is just an idea, or it may come after the company has already begun operations. After the business has received its initial round of funding from the founders, the founders’ friends and family, a bank, or angel investors may decide to get involved. It is common for startups to release their product or service with as little as $10,000 in initial funding from the company’s founders. After the initial funding has been secured but before a substantial investment from a venture capital firm is necessary, an angel investor steps in to help. Before venture capitalists invest, a business needs their money to grow.

The Function of an Angel Investor

For new businesses to get off the ground, an angel investor often provides funding in exchange for convertible debt or equity. Because of this, they are typically viewed as riskier but potentially lucrative investors. Angel investors are often overlooked, but many successful businesses have said that they were important to their growth. An angel investor’s accessibility and interest in the venture are two of its many advantages. In addition, they could introduce you to people in their network and serve as your mentor.

Are Angel Investors a Good Idea?

Because of the uncertainty of funding a startup, angel investing is not without its share of dangers. FundersClub, an online investing forum for startups, estimates that 75–90% of startups ultimately fail. Although some people do well as angel investors, the majority of investors actually lose money. Harvard Business School researchers found that businesses that get money from angel investors are more likely to reach their goals. However, by staying in business longer, growing a lot, and making a high rate of return.

What Percentage Do Angel Investors Take?

Many angel investors expect a return on their money of between 20% and 25%. If the product is still in development, for instance, a venture capitalist may demand 40 percent of the company as compensation for the high risk it is taking.

What Is an Angel Investor Example?

The biggest payoff for an angel investor usually comes from the sale of the company they put money into or from an initial public offering. If an angel investor owns 10 percent of a company and that company is sold for $1 million, the angel investor would make $100,000. A 10% stake in a publicly traded company at $10 per share would be worth $1 million (give or take depending on the stock price). Depending on how much money they put in and how far along the company is in its growth, they may ask for and get equity stakes of 20% to 50% in exchange for their money.

Who Is a Famous Angel Investor?

How Does an Angel Investor Get Paid?

Angel investors make money by providing funding to promising startups in the very early stages, usually between $5,000 and $150,000. They receive equity in the company and hope to profit from its growth.

Is Shark Tank an Angel Investor?

Although the investors on Shark Tank don’t fit the mold of a typical private investor, they do engage in some of the common practices of the industry. For example, evaluating and estimating the value of new ventures.

Can You Get Rich From Angel Investing?

Investing with angels is not a quick route to financial success. It may take seven to ten years or more for a startup to mature to the point where investors can make a profitable exit. You should only invest money that you can afford to lose and that you won’t need in the near future.

Angel investors are usually successful business people or entrepreneurs who have made their own money through hard work and have a solid understanding of the market. One or two investments at a time are common, allowing them to get to know the company and the new concept on a deeper level. Angel investors want a high return on their investment quickly, and they will usually only stick around long enough to see their investment pay off.

Venture capitalists are another common type of private investor. Typically, these are people who make a living off of investing. Investors in this category are interested in both established companies and ground-breaking innovations, and they typically put down larger sums of money. When deciding whether or not to invest, venture capitalists may be more selective, and once they’ve determined that a company is on the right track, they may be less involved in day-to-day operations and communication with its owners.

The dangers of angel investors vs. venture capitalists Investing through an angel network is not without its dangers. For example, angel investors may take a more hands-on approach to their investments. An angel investor takes a personal interest in a company, unlike traditional funding sources like banks and institutions, which are more likely to withdraw their support after the money has been transferred. Because it’s their own money, they may feel compelled to keep an eye on how the company is run to make sure it’s secure.

It’s possible that angel investors will have a larger voice in management matters. As a result of investing in your business, they may feel they have the right to influence how things are done within your company. If you’re not willing to listen to their advice, this plan may fail. Also, most private investors only invest once and hope to make a substantial profit. If the company asks for more money, they are likely to refuse because the investor wants a quick return on their money.

Angel investing may have a number of positive outcomes. First, they have the freedom to back risky but potentially lucrative new ventures. When conventional sources of funding are unavailable, this gives start-up entrepreneurs a way to get the capital they need.

Angels are easier to contact. In comparison to other sources of capital, there are more people who have some spare cash and would be willing to put it to good use. Some of these angels have built their fortunes independently and can offer valuable insight to entrepreneurs just starting out. Last but not least, angel investments can be executed rapidly. Since angel investors typically don’t have to jump through a lot of hoops or get approval from multiple people before making a decision, they can quickly decide whether or not to fund a project.

How hard is it to get angel investors?

It takes effort and time to find and cultivate a network of angel investors. Therefore, it is never too early to start making connections, even if you are not yet prepared to attract funding.

How much is a typical angel investment?

Angel investors typically invest between $100,000 and $2 million in companies that have already developed a product and are no longer in the early stages of company formation.

How long do angel investors take?

In the best case, it might only take an entrepreneur a month or two to close a round. 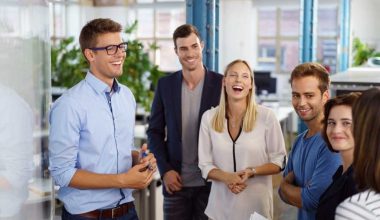 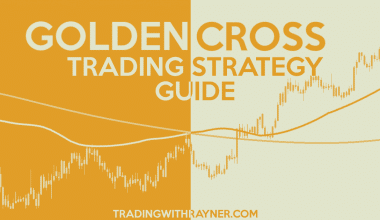 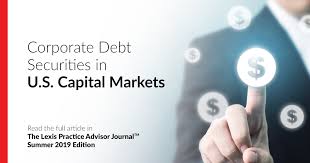