When demand surpasses supply, higher prices are the end result. I will be discussing in this post all you need to know about demand-pull inflation including what factors it is caused by, for example, and what it really is.

Before we set into the details, let’s look briefly into what inflation itself means. Inflation simply means sustaining the increase in the price level of goods.

Economists define it as “ too many dollars chasing too few goods”.  In simpler words, it is the upward pressure on prices which in turn follows a shortage in supply. It is also a period of inflation that arises from rapid growth in aggregate demand.

Demand-pull inflation is the most common because it affects people’s standard of living and occurs due to rapid growth in the economy. The Keynesian economic theory describes it as an increase in employment which leads to an increase in aggregate demand for consumer goods. Meanwhile, in response to the demand, companies hire more people so that they can increase their output. The more employment firms engage in, the more the employment rate increases. Eventually, the demand for consumer goods outpaces the ability of manufacturers to supply them.

Here are the four basic details you should remember about this inflation:

WHAT IS DEMAND-PULL INFLATION

This is the opposite of cost-push inflation. The meaning is simply practical, showing thus when the aggregate demand in an economy is more than the aggregate supply.

Demand-Pull Inflation is the upward pressure on prices that follows a shortage in supply. It is the increase in aggregate need, categorized by the four sections of the macroeconomy: households, businesses, governments, and foreign buyers.

You can as well add that it exists when the aggregate need for goods or services outstrips aggregate supply. It starts with an increase in consumer demand where Sellers meet such an increase with more supply, But when additional supply is unavailable, sellers raise their prices. This results in inflation also called price inflation.

WHAT IS DEMAND-PULL INFLATION CAUSED BY

There are certain factors that demand-pull inflation is caused by and they include:

Growing economy: Anytime consumers feel confident, they spend more and take on more debt. Which leads to a steady increase in demand, and higher prices.

Increasing demand for export: A sudden rise in export forces an undervaluation of the currencies which are involved.

Expectations of inflation: Companies may increase their prices in expectation of possible inflation in the near future.

These factors in one way or the other contribute to inflation in so many ways. The inflation just keeps getting worse if it’s not properly managed by the authorities and people involved.

The global economic recovery is driving up demand for goods and services that weren’t readily available for close to a year. Inventories have continued to deplete as consumers demand more food, household items, and fuel. This led to demand “pulling” up prices.

Furthermore, employment is rising and is also a popular example of demand-pull inflation. Meaning that consumers have more disposable income. Gasoline demand and prices are rising as most employees drive to work. Airline tickets and hotel rooms are also rising as pent-up consumers increase travel.

Another example of demand-pull inflation is the current low-interest rate that the environment is keeping a lid on mortgage rates. This is encouraging consumers to buy more houses, but with the supply of homes on the limit, prices are getting high. Some are buying new homes which drive up the prices of lumber and copper to near-record levels.

Essentially, as the global economy opens up again, individuals want to spend money, but factories haven’t been able to meet their demand as quickly as possible. Consumers are willing to pay higher prices, thereby, creating inflation.

Now consider a simple example of demand-pull inflation of a growing economy growing at a decent rate of 3%, and the high prices growth is under maintenance at 2%. Now the government decides to increase the growth rate to attract more investments from foreigners as well as local investors.

The government decides to expand its monetary policy by reducing the interest rates, making credit cheaper for common people. Henceforth Banks are now ready to give more credit. Because, reducing rates makes it easier to take home loans, auto loans, or credit cards. Consequently leads to increasing expenditure and demand. This will lead to an increasing growth rate of 5%. However, this growth rate has a price; inflation, because of the increasing number of buyers. The inflation will also increase to 4%.

What is an example of when demand-pull inflation happened?

The 2008 financial crisis and subprime mortgages provide one of the best illustrations of how demand-pull inflation is directly related to an increase in aggregate demand. In the years preceding the crisis, demand for mortgage-backed securities rose along with their popularity.

What is the main difference between demand-pull and cost-push inflation?

What is the difference between cost-push and demand-pull inflation?

Demand-pull inflation develops when overall demand grows more quickly than overall supply. Cost-Push Inflation happens when the price of inputs rises due to a shortage in the cost of production, which causes the supply of products to decline.

What is demand-pull inflation called?

In response, sellers boost their supply. However, when more supply is not available, vendors increase their prices. This causes “price inflation,” also known as demand-pull inflation.

This inflation is common, unlike push cost inflation which is rare. It is a result of rapid growth in any economy thereby creating unbalance in different sectors and also the lives of people in that particular country.

What is demand pull and cost pull inflation?

Why does demand-pull inflation occur?

What is the best example of demand-pull inflation?

If there is an increase in aggregate demand, such as what is experienced during demand-pull inflation, there will be an upward movement along the Phillips curve. As aggregate demand increases, real GDP and price level increase, which lowers the unemployment rate and increases inflation 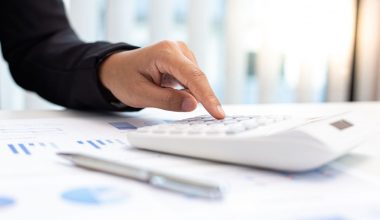 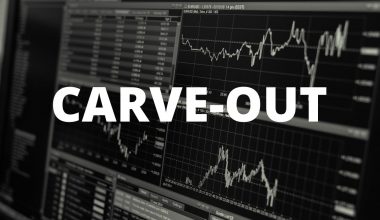 Read More
BBusiness
Table of Contents Hide What is Carve-Out?How Does a Carve-Out Work?Carve-out vs Spin-OffIs it Carveout or carve-out?What does…