Since the early 1930s, the American Funds family of the Capital Group has offered mutual funds to investors. There are currently 55 fund offers, covering a wide range of categories. Professional analysts and administrators effectively control the majority of the funds. The funds mentioned below have the best track records. This article will also give you a glimpse of the performance of these American mutual funds plus how to get stock price information.

The Investment Company of America fund (AIVSX) is a growth and income-oriented equity fund that is actively operated. It has a 12.01 percent average annual return since 1934, significantly outperforming the S&P 500’s 9.82 percent average annual return for the same time frame as of January 2020. Furthermore, t he fund has a five-year annualized return of 8.22%, a 0.59 percent cost ratio, and a 1.53 percent dividend yield.

The American Mutual Fund (AMRMX) is a large-cap value fund with the aim of preserving capital by investing in stocks with solid fundamentals and long-term dividends. The fund’s average annual return since its inception in 1950 is 11.37 percent. Also , t he fund’s five-year annualized return is 6.30 percent, with an expense ratio of 0.61 percent and a dividend yield of 1.72 percent.

Netflix (NFLX), Microsoft (MSFT), Google parent Alphabet (GOOGL), and Amazon.com (AMZN) are among the top assets of the American Funds AMCAP Fund, which invests in big, growing businesses. On an annualized return basis, however, AMCAP has trailed its peers over the past one, three, five, and ten years.

The fund is managed by eight managers who invest in companies of any size with long-term competitive advantages, measurable long-term prospects, and a fair stock price. AMCAP has over 200 stocks in its portfolio, with a focus on technology, healthcare, and telecom services companies.

In recent years, AMCAP’s heavier weighting in midsize business stocks (24 percent vs. 14 percent) and large cash position – usually in the double digits, according to Morningstar – have been a drag. However, things can change: as smaller stocks rose in late 2020, so did the fund.

AMCAP is a moderate growth strategy that is suitable for risk-averse investors who want some exposure to growth stocks but don’t want the volatility of an aggressive growth fund. During the March 2020 selloff, for example, the fund did marginally better than the general market, but by a small margin.

The fund has a ten-year average annual return of 12.27 percent, a five-year return of 9.39 percent, and an expense ratio of 0.69 percent. This is far below the group average of 1.19 percent. However,  currently, there are no dividend yields.

There are only a few international equity funds in the top mutual funds, three of which are from American Funds. American Funds New Perspective is the company’s strongest foreign-stock fund.

Its mission is to invest in multinational companies that have good growth potential and are well-positioned to benefit from “shifting global trade trends.” Seven managers search established and developing markets for growing businesses that produce at least 25% of their sales from outside the country and have a market value of $3 billion at the time of acquisition.

Furthermore,  since inception, the average annual return has been 11.76 percent. The fund’s five-year annualized return is 4.85 percent, with an expense ratio of 0.76 percent and a dividend yield of 0.53 percent. As of July 2020, this fund does not have a dividend yield.

The Growth Fund of America

This is the most common American mutual fund. It’s also a $252 billion behemoth, making it one of the country’s largest actively managed funds.

The fund’s 13 managers, who have been in charge for 47 years, have a broad definition of what constitutes a growth business. Some of the fund’s 371 stocks, for example, are turning around businesses. Others are out-of-favor corporations, and still others are traditional growth companies with the potential to raise earnings and sales.

The fund’s top holdings include Tesla (TSLA), Netflix, and Microsoft. Despite the “of America” part of its name, a little more than 10% of its assets are spent outside of the United States, in Europe and Asia.

Growth Fund of America does not stand out on an annualized basis. It isn’t, however, a stinky fund. In only five of the last ten calendar years, for example, it has outperformed its peers. However, its risk-adjusted return outperforms its peers and the S&P 500.

The fund’s average annual return over the last ten years has been 12.82 percent, with a five-year annualized return of 7.6 percent and a 0.65 percent expense ratio. It does not pay a dividend at the moment.

The Income Fund of America

The  Bond Fund of America

The Bond Fund of America (ABNDX), which was established in May 1974, maintains a diversified fixed income portfolio by adapting to changing bond market conditions in order to achieve high income and capital preservation. The 10-year annualized return of the fund is 3.28 percent, while the five-year annualized return is 1.99 percent. It has a 0.61 percent cost ratio and a 1.7 percent yield.

The American Balanced Fund (ABALX), which was established in July 1975, seeks long-term capital and income growth. It achieves this by investing at least 50% of its assets in common stock and 25% in debt securities. These also include money market securities.

Furthermore, in the United States, one of Capital Group’s most consistent performers is American Balanced. American Balanced invests approximately 60% of its funds in stocks and 40% in bonds, as its name suggests. The fund has outperformed its peers in nine of the last 11 calendar years; a category Morningstar calls “Allocation, 50 percent to 70% Equity.”

ABALX’s equity portfolio includes both dividend-paying and growth-oriented large-company stocks. At the time of the last survey, the fund’s largest stock holdings were Microsoft, UnitedHealth Group (UNH), and Broadcom (AVGO).

American Balanced is overseen by ten administrators, three of whom have been with the company for more than a decade.

The fund’s five-year annualized return is 6.88 percent, with a 0.59 percent cost ratio and a 1.53 percent dividend yield.

The Fundamental Investors Fund (ANCFX) focuses on value prospects and stocks with superior sales and earnings potential. It’s been a tradition since its establishment in August 1978. The fund’s 10-year annualized return of 11.71 percent outperforms its 5-year annualized return of 10.02 percent.   The dividend yield is 1.21 percent, and the cost ratio is 0.62 percent.

The Tax-Exempt Bond Fund of America (AFTEX) was founded in October 1979 with the goal of maximizing tax-exempt income. A goal it crushes by investing primarily in municipal and public authority bonds. The fund has an annualized return of 3.86 percent over ten years and 2.81 percent over five years. The fund’s 12-month yield is 2.47 percent, with a 0.54 percent cost ratio.

On the flipside, there are actually no offline methods to check for stock price information about American mutual funds. The only infos you can get are those you find online.

It is possible that in the coming years the tables may flip for these American Mutual funds in terms of performance, but for now, it is highly unlikely. This is also coupled with the fact that for some of them, holding is the best play. But hey, that wasn’t a piece of financial or investment advice.

Investment choices should be based on your personal research and outlook concerning these American Mutual funds’ performance.

This article should NOT serve as an investment guide, it’s solely for informational purposes. We thereby emphasize that we do NOT endorse any of the funds. They are subject to your choice of decision and verification. We are not sponsored by any of the investment firms and the information provided here is to the best of our knowledge

How do Money Orders Work? (+How to Buy with Debit Cards)

Mutual Funds vs Stocks: Which is a Better Option? (+Free Tips) 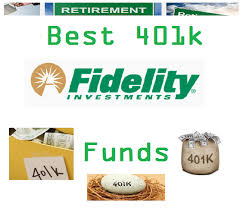 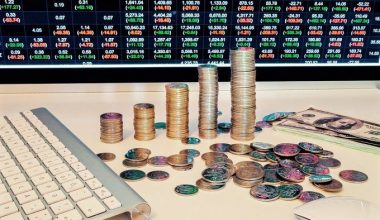 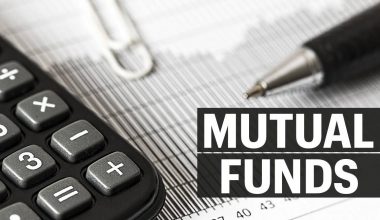 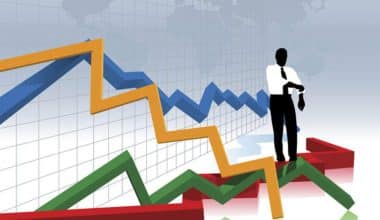