Home DUAL CITIZENSHIP: Process for Obtaining Dual Citizenship in the US
MManagement

DUAL CITIZENSHIP: Process for Obtaining Dual Citizenship in the US

People can have dual citizenship through the automatic operation of different laws rather than through their own decision. A child born in a foreign country to US national parents can, for example, be both a US citizen and a citizen of the country of birth. Alternatively, a person born with one nationality may later naturalize in another country and become a dual US citizen.

Dual citizens must pledge allegiance to both the US and the foreign country. They must follow the laws of both countries, and either country has the authority to enforce its laws. However, it is critical to recognize the issues associated with dual citizenship. Claims made by other countries against USA dual citizens frequently put them in situations where their obligations to one country conflict with the laws of the other. Consequently, their dual nationality may impede the US government’s efforts to provide consular protection to them while they are abroad, particularly in the country of their second citizenship.

How Do You Acquire Dual Nationality?

It’s possible to be a citizen of another country whether you accept the nationality or not, even if you don’t have a passport from that country. A person can obtain and enjoy the benefits of dual citizenship by being born in the USA to one or two parents with a nationality other than the United States, according to the laws of the other country. When a child is born outside the United States of America to one or both parents who are U.S. citizens under the laws of another country.

Naturalization as a U.S. citizen while maintaining dual citizenship; retaining nationality in one’s home country after naturalizing as a US citizen.

To Become a Citizen of the United States, You Must First:

List of Countries That Allow Dual Citizenship With the USA

Here is a list of countries that allow dual citizenship with the USA:

Countries That Only Permit Dual Citizenship by Birth

If you become a naturalized citizen of any of the following countries, you must renounce your US citizenship:

Countries Where US Dual Citizenship Is Not Allowed

The following countries don’t allow dual citizenship with the US:

As a U.S. citizen, you must file (and, if necessary, pay) U.S. income and other taxes for the rest of your life, including any income you earn outside the United States, regardless of where you live. This means you could owe taxes to both the US and your other country of citizenship on the same income unless that country has an agreement with the US that allows dual citizens to avoid “double taxation.”

However, any previous encounters with law enforcement must be made public. Officers from the United States Citizenship and Immigration Services (USCIS) who evaluate citizenship applications closely examine applicants’ backgrounds. Certain types of violations, such as immigration fraud, drug abuse, or domestic violence, may result in deportation. If you are concerned about your past interactions with law enforcement, you should seek legal counsel before applying for naturalization.

If required by law, you must serve in the military. All males between the ages of 18 and 26 who have lived in the United States or received a green card must register with the Selective Service System unless they have an immigration status other than “green card holder.” In the event of war, a U.S. citizen must serve in the United States military (in combat or otherwise) if called upon by the government.

Furthermore, a jury filing is an obligation you must fulfill. All citizens of the United States are required to serve on juries. However, you may not have to serve. To serve on a jury panel, you must be chosen by the judge and attorneys in a legal proceeding. However, the selection procedure begins after you have been summoned to court.

Benefits of US Dual Citizenship

People with dual citizenship can enjoy the benefits and privileges of both countries. They have access to two social service systems, can vote in both countries, and may be able to run for office in both (if the law permits). They can also work in either country without a work permit or visa, and they can attend school in either country at the same tuition rate as citizens (versus the international tuition rate).

Having dual citizenship benefits you to travel with two passports, one for each country you call home. For example, if you are a US citizen and a New Zealand citizen, you can travel more easily between the two countries. Having a passport issued by a citizen eliminates the need for long-stay visas and any questions about the purpose of your trip during the customs process. Having two passports gives you the right to enter both the United States and New Zealand, which can be especially useful if you have family in both countries or if you are an international student or businessperson.

The ability to own property in both countries is one of the benefits you get from dual citizenship. Although some countries only allow citizens to own land. You would be able to buy property in either or both countries as a legal citizen of both. If you frequently travel between the two countries, this may be especially useful because property ownership may offer a more cost-effective way to live in two places.

Dual citizens are subject to different rules in different countries; although, some countries may not allow dual citizens. Before traveling, US citizens should check with the embassy of any country in which they have a foreign nationality for relevant nationality laws. The following are some examples of regulations that may affect a dual national:

Your second nationality may require that you present a valid passport or identity document when entering and exiting a foreign country. Some countries impose specific requirements on departing citizens, such as the inclusion of an exit visa in their passports.

As an alternative to criminal detention, countries may impose exit bans on dual citizens. However, civil or familial disputes can result in an exit ban in some cases. Exit bans can be used to compel an associate or relative under investigation to return abroad to stand trial, even if they are not themselves facing criminal charges. Dual citizens who are subject to an exit ban may not be able to determine how long the restrictions or investigation will last. However, dual citizens who face an exit ban or lengthy processing of civil documents frequently face significant financial hardship. In essence, they might lose their jobs and have to pay fines and expenses they didn’t expect.

It is possible that local authorities will not recognize your US citizenship if you do not use your US passport to enter a country. Although there may be limits to how much help the U.S. embassy or consulate can give.

As a result, many countries, even those that do not explicitly prohibit dual citizenship, are unable to provide access to dual citizens in custody. If they are citizens of the country where they are detained, US consular officials may be denied access to detained US citizens. There are some countries, particularly those that don’t recognize dual nationality, that fails to notify the US embassy when an American citizen is arrested or detained. However, if a dual citizen is arrested or detained, he or she should ask police or prison officials to notify the nearest US embassy or consulate.

U.S. citizens with dual nationality may be required to serve in the military of a foreign country. This requirement may be imposed upon arrival or when attempting to leave the country.

#6. Taxation in both countries

Dual nationals may be taxed in both the United States and any other country where they have a nationality.

Consequently, some countries have laws that make dual citizenship illegal, and you may be forced to give up your foreign citizenship. In some countries, you must formally renounce your nationality to maintain your right to live and work in that country

Dual citizens hold two passports (one from each country) and are entitled to the rights, privileges, and responsibilities of both countries.

Yes, you can be a citizen of three countries. The same rules apply to dual citizenship not every country allows for multiple citizenships, so check with your country of origin to see if triple citizenship is permitted.

This is possible in two European Union countries: Malta and Cyprus, as well as the five Caribbean countries of Antigua and Barbuda, Grenada, Dominica, St. Kitts, and Nevis, and St. Lucia. However, citizenship by investment programs is also available in Vanuatu, Montenegro, Turkey, and Jordan.

Can you lose U.S. citizenship?

You may lose your US citizenship in certain circumstances, such as if you:

Can you be citizen of no country?

A stateless person is someone who is not recognized as a citizen of any state for that state’s laws. In layman’s terms, this means that a stateless person does not have any nationality. Some people are born without a state, while others become stateless. 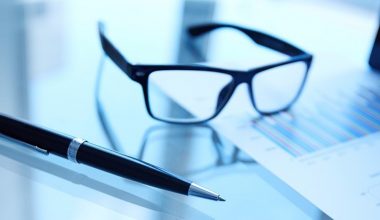 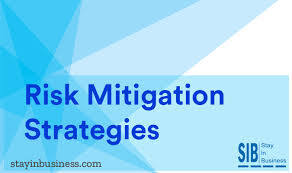 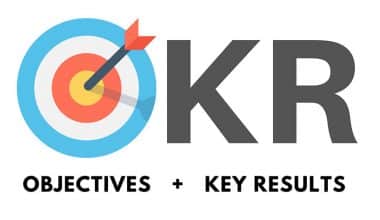 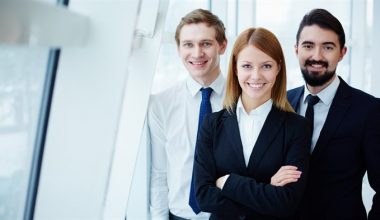 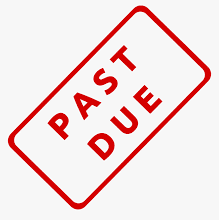 Read More
MManagement
Table of Contents Hide Definition Of Past DuePast Due Rent Notice  Past Due Invoices#1. Modify Past Due Payment…