Home CONSTRUCTIVE TERMINATION: What is it and How can you avoid it?
MManagement

CONSTRUCTIVE TERMINATION: What is it and How can you avoid it?

However, constructive termination allegations aren’t always tied to a person’s being fired. In certain cases, the employee decides to resign from their position rather than being fired by their employer.

What Is Constructive Termination?

This is a situation when a worker leaves their job due to unfavorable work conditions. The working conditions must be so bad that the employee has no choice but to quit.

If an employee quits because they believe their employer has seriously broken their employment contract, they may be able to file a constructive dismissal claim. One significant incident or a string of events may be to blame for causing constructive termination.

A claim for constructive dismissal requires evidence of a substantial enough contractual violation that undermines the foundation of the employment relationship. The following are some examples of contract violations that could serve as the foundation for a claim:

Unless the employer can offer a compelling defense and sound legal reason for their actions, these are all very obvious instances of major contract violations that would often warrant an employee’s resignation.

However, other, more subtle forms of behavior that generally occur over long periods of time and result in “the last straw” that prompts the employee to resign can frequently give rise to constructive termination claims. The following are some other subtle examples of constructive dismissal:

In some circumstances, there could be a number of little occurrences that, taken individually, wouldn’t constitute a serious contract violation.

The Importance of Constructive Termination

Employees have a number of rights when they are dismissed that they do not have if they quit. Examples vary depending on the situation, but frequently include

As a result, businesses have a perverse incentive to terminate employees since, if they can get employees to quit first, they can avoid getting held accountable for wrongful termination.

How to Avoid Constructive Termination

The performance and behavior expectations for employees should be outlined in a well-written employment contract and a thorough set of policies.

The procedures that should be followed when those criteria are broken should be outlined in the policies as well. Ensure that copies of each employee’s employment contract are retained, and make sure that your team is aware of and has access to the company’s rules and regulations.

#2. Make Training for Managers and Supervisors a Priority

Companies should take the initiative to ensure that their managers are skilled at managing a diverse team. It is a great way to improve their leadership and problem-solving abilities and increase employee trust and confidence.

Companies should make an investment in addressing any toxic and unproductive conduct there and concentrate on fostering open communication with their staff. Employees will be encouraged to express their worries and thoughts about the workplace, both positive and negative.

In common law, the phrase “constructive termination” is used to describe a circumstance in which a person leaves employment, seemingly voluntarily, because it is no longer possible for them to continue working there. It amounts to the employee’s resignation or termination without their will.

Generally speaking, a resignation constitutes a constructive dismissal if a reasonable employee would not have had any other option than to resign. The fact that a certain employee thought the working circumstances were unacceptable and insufficient. Instead, if other people were in the employee’s position, they would feel pressured to resign as a result of them.

In a case based on such a termination, the court would need to decide whether the employee left their position voluntarily or if there were exceptional factors that made the departure involuntary.

Wrongful constructive termination is one that violates the terms of the employment contract, such as one that comes with no notice or less notice than what is required by law or the contract. Since a resignation in response to a fundamental breach will take effect immediately, it is typical that there will also be a claim for wrongful dismissal if an employee asserts.

When an employee has engaged in serious misconduct, such as becoming aggressive or stealing something, the employer may be justified in terminating the employee immediately.

What Does “Wrongful Constructive Termination” Mean in California Law?

You must be able to demonstrate two things in order to file a constructive termination claim against your employer.

Keep in mind that only in cases where both of these are true does California’s wrongful constructive termination law apply.

Employees shouldn’t presume that the requirements for a constructive termination lawsuit are met by their working conditions. They can be mistaken and give up crucial rights if they believe their resignation to be a termination. It is preferable to instead speak with a lawyer familiar with constructive release difficulties about these matters.

However, it is advised that an employee should speak with an employment lawyer about the specifics of their circumstance if they haven’t already quit.

On the other hand, if the worker has already left their position, they can still be entitled to some legal protections. However, the duration of these legal rights might be limited. Therefore, it’s crucial for the individual to move quickly to find out whether their employer violated their rights and possibly illegally terminated them through constructive termination. The employee should speak with an employment lawyer.

How Will a Constructive Dismissal Payment Be Determined After a Lawsuit?

First, keep in mind that before making a claim for constructive dismissal, an employee typically needs to have been employed by their employer for at least two years.

A compensation award for an unjust dismissal is calculated differently than one for constructive dismissal and only takes additional financial benefits like holiday pay and salary and commission you would have received during a notice period into account.

However, the court will have to determine how much the employee should be paid if the claim for constructive termination is successful.

How Much Money Would You Get if Your Lawsuit for Constructive Dismissal Was Successful?

Employees who were wrongly terminated, including through a constructive dismissal, typically obtain compensation in a wrongful termination settlement of between $5,000 and $80,000. The “typical” constructive unjust dismissal case does not exist, nevertheless. There is therefore no such thing as an average payout.

Normally, if your claim for an unjust dismissal was successful, you would be eligible for two different sorts of awards.

The compensatory award’s goal is to make up for the financial losses you suffered as a result of your termination. In most cases, this refers to your lost income up to the day you start a new job. You’ll need to know the following information to compute this:

By dividing the number of months by your take-home income, you may determine how much a court will award you if you win.

It is calculated similarly to how a redundancy payment is calculated. Age, weekly wage, and years in the position are taken into account while calculating redundancy payments. Your employee’s weekly compensation is based on the average income they received over the last 12 weeks. Employees can only be eligible if they have worked for you for at least two full years.

Employees who claim constructive termination and are filing a lawsuit should be wary of this before claims like absences without justification or leave, drinking while at work, intentional failure to perform work, harsh language, or actions directed at the employer.

Submitting or pursuing a grievance, depending on its content and tone, may indicate that an employee is considering asserting constructive termination.

How can we prevent claims of constructive termination?

Expressions of trust and confidence in the employee by the employer may assist (although a tribunal or court will recognize the difference between a cosmetic communication and one genuinely designed to reassure).

How easy is it to show constructive termination?

Contrary to what most employees believe, it is harder to prove constructive termination. 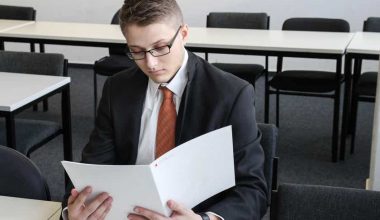