Every company that strives to thrive in the long term knows that recognition is the primary motivating factor that makes employees feel valued and positively impacts their performance. Because, if employees feel neglected in any way in the workplace, they will almost certainly disengage and make them less productive, eventually leading them to quit their jobs in many cases.

According to the Department of Labor, 4.5 million people left their jobs in November 2019, preceded by 4.2 million in October and 4.4 million in September. Between May and September 2020, almost 20 million workers deserted their employment, a 50 percent increase over the same period the year before, when employees were still staying put in the initial wave of the COVID-19 pandemic. The total for this summer is also 15% higher than the same period last year, despite the strongest employment market in decades.
Many of them do so because they feel their work is being undervalued by their employer. There is a simple and strong connection between one’s self-worth and the recognition of their work, so in the end, they feel undervalued as a person and opt to leave. As stated in an online survey by Achievers, 44% of employees switch jobs because they don’t get adequate recognition for their efforts. This presents a major opportunity for employers who know what “appreciation culture” means because not all employees ask for just pay raises or location flexibility; many of them want to be a part of a culture of appreciation at work. It presents an opportunity to build a satisfied, tightly-knit team.

What Is a Culture of Appreciation?

Be a Reflection of Your Company’s Values

You shouldn’t pick values based on how well they appear in a founding document or how well they sound to new recruits during orientation. Your organization’s guiding moral framework should be its core values, which drive behavior, activities, ethos, purpose, and meaning.

In other words, they’re the foundation of your company’s ideology, and they’re visible every day. Executives and managers must constantly reflect and model their corporate values in how they carry themselves and behave; this is the quickest approach to spreading those values throughout the company.

Amplify the Voice of Your Employees

Belonging is a sense that describes the extent to which people may bring their whole selves to work without sacrificing important components of their identity. We value belonging because it helps people, teams, and our organization: when workers like coming to work, they are more devoted to you, your team, and our organization. This is why leadership must amplify the voice of their employees so that their voice can become an integral part of the company.

The business’s lifeblood is morality. As essential as the labor itself is how individuals feel about their jobs. That’s why celebrating victories at every opportunity is the best thing you can do. Large wins are rewarded with big prizes. Employee recognition breaks up the routine and encourages them to come back to work with greater attention, enthusiasm, and intensity than before.

However, the most important approach is to celebrate small victories. The daily grind of the workweek is comprised of a slew of small victories that add up to significant corporate successes. Nevertheless, in the meantime, make the process itself even more fun before those large winnings pile up.

A sensible boss invests time in getting to know their team members and rewarding them in ways that are genuinely important to them. In most cases, what employees actually want is for their efforts to be recognized.

For example, it’s only reasonable to reward remote workers with remote advantages. Working from home was once a bonus, but with the rise of the work-from-home trend, it has become the standard for many workers and prospects.

Creating and maintaining a culture of appreciation at work is not a simple task and requires you to invest time and resources. But eventually, it will all pay off because a stable, content team of employees will cut down costs in many aspects. In addition, it will make the workplace a fun and joyful place to be in, and that is great for everyone involved. 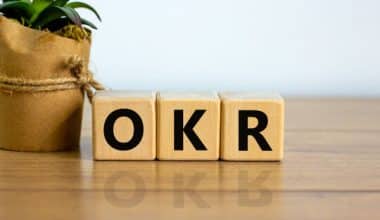