As a component part of civil law, the law of tort serves to forbid one person from committing an injustice against another person. In the event that injustice is committed, the law of tort grants the injured party the right of action in civil law, which can be used to seek compensation or other remedies. This could be an injunction directing the wrongdoer to stop performing the act specified in the court order, and so on. This article aims to explain and take you through how and why the mass tort law is imposed on a defendant, its types, and examples will provide a better understanding.

While damages are the monetary compensation that a defendant pays to a plaintiff for the wrong that the defendant has done to him. The plaintiff is the person who has been wronged by the defendant.

What is Tort Law?

The word “tort” comes from the Latin word “tortus,” which means “twisted.” A “tort” refers to a legal wrong for which the law can provide a remedy.

Most civil lawsuits fall under the umbrella of tort law. In general, tort law governs every claim brought before a civil court, except for disagreements over contractual obligations.

The purpose of tort law is to right a wrong that has been done to a person and to also offer relief from the unjust acts of others. This is generally done by compensating them for their pain and suffering as a result of the wrongdoer’s actions. The primary goal of tort law was, and still is, to compensate victims in full for injuries with evidence.

The law of torts is a subset of the private law category. It focuses mainly on interpersonal misconduct, particularly between private individuals. In contrast to the law of contracts, liabilities under tort law are not typically willingly entered into. And in contrast to the law of criminal law, the state does not always need to be a party to a tort action.

The law of torts addresses two of the most fundamental concerns of morality and social life which are:

The field of tort law can be segmented into the following three subfields:

The failure of another person to exercise a specific level of care. This is typically referred to as a reasonable standard of care and can result in a negligent tort being committed against the victim. Accidents are a common type of negligent tort, as are other types of injuries.

Injuries or harms that have been inflicted by the willful misconduct of another person are considered to be intentional torts. Some examples of intentional torts are assault, fraud, and theft.

In contrast to negligence and intentional torts, strict liability torts do not take into account the degree of fault on the part of the party responsible for the harm. In these kinds of circumstances, the emphasis is placed on the act itself. If an individual or some entity commits certain conduct, such as producing a product with a deficiency and lack of credibility, such individual or business is accountable for the damage inflicted, irrespective of the level of care that was exerted or the intentions that were held.

Tort law refers to a civil claim that arises when one person undertakes an act that injures another individual. The individual who suffers as a result of the defendant’s negligent actions is the one who will be the plaintiff in a tort claim. If they are proven guilty, the person who caused the damages, known as the defendant, will be held legally accountable for those damages.

Mass tort law is a legal concept that is analogous to a class action lawsuit. In both types of cases, a single act performed by one individual causes harm to another group of individuals. Mass tort law is a type of civil lawsuit in which multiple plaintiffs sue a single defendant for a single action or single product in common. When submitting a claim of this nature, it is essential to have an attorney with relevant experience.

A mass tort is a form of civil action that can be brought in either state or federal court and involves a large number of plaintiffs who all have claims that are quite similar to each other. Individuals who have suffered a bodily or financial injury as a result of the carelessness or misbehavior of a corporation most frequently bring forth claims within the context of mass tort law.

In most cases, mass tort law occurs when a firm is responsible for injuring or causing damage to a large number of individuals through the same harmful act. For instance, a firm might manufacture a faulty product that results in bodily harm or financial loss for thousands of people all across the United States. This could happen because of the company’s negligence.

Almost all the time, mass tort law is filed as a part of multidistrict litigation or as a class action lawsuit.

Settling or Going to Trial for Mass Tort Law Suits- Which One is better?

Companies or individuals that are sued under mass tort law experience distinct unfavorable circumstances. As a result of the fact that the damages affect a significant number of different people, the potential payout may be substantial and may have an expensive impact on business activities.

The American Bar Association (ABA) asserts that the objective of the majority of attorneys who represent clients in class actions and/or mass tort cases is to reach a settlement with their clients before the matter gets to trial, generally even during the discovery phase of the case. Reaching a settlement out of court can help reduce the cost of litigation, which may also result in smaller total payments.

A “tort” is a legal term for a civil wrong that someone commits against another person that results in that person’s taking legal action. In situations like these, the person who sustains an injury has the legal right to file a claim for damages or compensation for their pain and suffering. The plaintiff in a claim for personal injury will frequently sue the defendant in turn for financial responsibilities relating to the plaintiff’s injuries, losses, and other associated costs.

The law of tort has three basic types. They are:

This under the law of tort refers to wrongdoing that is committed with the knowledge that it will cause injury to another person. This can take the shape of both bodily pain and emotional anguish in some cases. It is also applicable in situations when there is malicious destruction of property.

Although some torts are committed on purpose, the majority are the result of carelessness rather than malice. As opposed to deliberately injuring another person, a negligent tort refers to injuries that are the result of careless or reckless behavior. These activities may include reckless driving as well as reckless conduct that violates another person’s responsibility or life.

This is a case in which the law recognizes a need to make things right even if the harm was done inadvertently. This area includes a wide variety of personal injury claims, like automobile accidents, medical misconduct, slips, and falls.

Strict liability has the tendency to apply to a tortious injury in a variety of ways;

a) Lawsuits Arising From Product Defects

A variety of parties may be accountable if a defective product causes harm to a person, and this depends on where the flaw occurred. As a result, the term “product liability” has gained popularity. Strict responsibility may apply to the following types of entities in the case of a product defect:

It is unlikely that strict liability will be applicable if harm occurs because the product was modified by the consumer after purchase. There is no strict liability if the consumer tries to use the product wrongly as against the owner’s manual explicitly. And the manual states that the usage of such products should not be in that manner. Medical gadgets, drugs, food, consumer products, cars, and more might all fall under this type of case.

b) Wild and Domestic Animal Cases

Keeping wild animals means that the person who owns them is accountable for any harm they inflict on people. If you’ve ever had a pet that escaped or was left unattended, you know how difficult it may be to get it back. Under strict responsibility, an animal’s owner will be responsible if the animal assaults someone else on their property. Some dog breeds are labeled as “dangerous,” which means their owners must take the appropriate precautions to restrain them.

Most states and even individual cities in the United States have different domestic animal laws.  These laws usually appear to be extremely strict and harsh in some states than others when it comes to dog breed limitations.

The various types of compensation that usually come with tort cases as the attorney work with the plaintiff to help them get the best offer relating to their cases include;

Generally, there are several cases or examples of law tort, but we will list them based on the types they fall under.

Examples of law tort that fall under intentional torts include;

Examples of law torts that fall under this tort type include a wide variety of personal injury claims, including those involving:

Medical gadgets, drugs, food, consumer products, and cars, are all examples of tort law that might all fall under this type of case.

In general, a tort arises when someone harms another person or their property, either intentionally or unintentionally. It’s a civil offense rather than a criminal offense. And it is brought to court by a private individual rather than the government on behalf of everyone. Because of the defendant’s tortious conduct, the court can order the defendant to pay compensation for her damages. So, when someone is guilty of committing a crime, they pay a fine to the government, go to jail, or are put on probation as a means of punishment.

What is the differences between tort law and civil law?

The law of tort is the most significant component of civil law. The goal of tort law is to ascertain whether or not a person should be legally liable for the harm they inflict on another person.

How many types of negligence are there?

As simple as it may appear, the concept of neglect as a type of tort law is of four types:

What are the most common torts ?

Torts resulting from intentional or negligent acts or failures to act that result in harm to individuals and property are the most common types and examples of tort law in magistrate and metropolitan courts.

How To Buy A Property With Delinquent Taxes: Step-by-step Guide 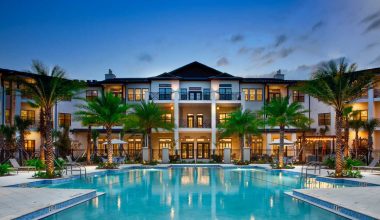 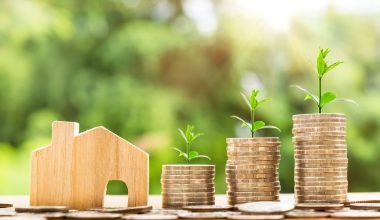