On Friday, first bank Nigeria sacks 900 workers. Workers who went about their daily duties suddenly around 2 pm in the afternoon discovered they could no longer log in to their respective systems to discharge their duties. Business Yield got the information from the interviewed workers.

Upon further investigation, after all attempts to log in failed, it became clear that this was a termination of their appointments. The first bank of Nigeria sacked these 900 workers based on two categories. This decision particularly affected two categories of workers. These two categories included those for reasons of incompetence and those who worked with the establishment for more than 30 years irrespective of your rank.

These two categories make up over 900 workers in total who faced dismissal without prior notice according to inside information by some of the workers. However, the central working committee of the Union after deliberations with executives on February 1st, Released a memo to back up the action of the bank

The central working committee of the Union just rounded off an emergency exco meeting today 1st of February, 2020 resulted from the news that first bank Nigeria sacks 900 workers and wishes to cascade the information below down to the enlarged exco;

Read Also: The bad side of PayPal no one would tell you

-That the Union was duly carried along by the management in the rightsizing exercise carried out throughout the bank yesterday. Thus the National Secretariat subsequently executed an agreement in respect of the exercise.

– The Union negotiated vigorously to ensure that our members were not laid off without adequate compensation, irrespective of whatever bucket they fall in the above categories and agreed with management that:

(1) Two buckets made up the exercise, which includes:

(b) Repatriation allowance of 100k per person.

(e)The heading of the termination letter will be changed to each individual’s preference on request.

(2) The second group in the non-performance bucket to get:

(b) Everything written in b – e above same as those in the first category.

In the same vein, we appeal to our members to go about their normal business without any fear, by putting in their best to take the bank back to her rightful position in the industry, as the Union continues to engage management in furthering the interest of our members.

Does A Master’s Degree In Journalism Worth Opting For In India?

Sources of finance: A foolproof list for small businesses and entrepreneurs 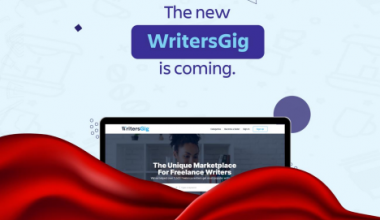