Finding the best merchant accounts is the simplest way to save money on credit card processing, but there are plenty of reasons to keep an eye on the worst merchant account companies as well. Scam companies that appear out of nowhere abound in the credit card processing industry. These processors will say or do anything to make a quick buck off of small business owners. Bad processors are notorious for duping desperate sales agents into working on a commission-only basis and then training those agents to dupe merchants into signing long-term, expensive contracts with obsolete equipment and poor customer service. To make matters worse, these ripoff companies appear, disappear, and rebrand far too frequently for any single merchant to keep track of them all. As a result, we will examine a list of the worst credit card processing companies below.

The following are the worst credit card processing companies.

Northern Leasing Systems (northernleasing.com), which is currently settling a second lawsuit filed by the New York State Attorney General in the last five years, is a credit card processing equipment lease provider rather than a full-service merchant account provider. Despite its narrow focus on equipment, the company has been the source of hundreds of merchant complaints as a result of its standard practice of selling four-year, non-cancellable equipment leases.

Lease Finance Group (signaturebankonline.com/leasing/), like MBF Leasing and Golden Eagle Leasing, is a subsidiary of Northern Leasing Systems that specializes in the same type of equipment leasing as its parent company. Furthermore, Lease Finance Group is Northern Leasing’s second-most active brand, with far more merchant complaints than its other affiliated subsidiaries.

Datalink Bankcard Services’ DBA is Main Street Processing, which also sells under the name “Tier 1 Processing.” We first became aware of this processor as a result of a large number of complaints alleging the same unethical slamming tactics. These complaints have come and gone since we first published our review of Main Street Processing, but they all refer to telemarketers posing as the merchant’s current processor.

Ladco Global Leasing Solutions is a leasing company that appears to be the preferred leasing partner of Elavon, one of the world’s largest direct credit card processors. The standard equipment lease terms offered by Ladco Leasing are nearly identical to those offered by Northern Leasing Systems and its subsidiaries: multiyear, non-cancellable, inconsistently disclosed by agents, and far more expensive than the equipment’s actual purchase price.

Because of Ladco’s ambiguous status as a potential subsidiary or affiliate of Elavon, determining how much of the company’s marketing and customer service is managed by Elavon is difficult. Nonetheless, we have found over 200 merchant complaints expressing dissatisfaction with the company’s rigid lease terms and high costs.

North American Bancard, based in Troy, Michigan, is a large, 25-year-old Global Payments reseller. The company has a large team of independently contracted sales agents and offers a three-year standard contract with a liquidated damages-style early termination fee.

Leaders Merchant Services is a merchant account provider with its base in California that is subsidiary of iPayment. Since 2012, our Leaders review has received merchant complaints about its tiered pricing quotes and hidden fees. Despite this, current complainants claim that the company is still using the same sales strategy it has always used.

Its contract terms aren’t much better, with a standard three-year contract and an early termination fee ranging from $250 to $350. Leaders have consistently received a “D” rating based on our rating criteria.

Merchant Lynx, based in Annapolis, Maryland, is an iPayment reseller. Complaints have been received that are typical of an iPayment entity, such as fee nondisclosure, aggressive sales tactics, and expensive contract terms. The contract with the company is a three-year agreement with a $495 termination fee, and it may also include a long-term equipment lease.

Merchant Lynx has also received a few complaints from merchants who claim they couldn’t reach a single company representative for months at a time. This poor track record of customer service is a big reason why the company is on this list of the worst credit card processing companies.

Appstar Financial is a San Diego, California-based merchant account provider. Its review of CPO has consistently accumulated complaints since its publication in 2011, with the majority of these complaints citing hidden fees, constant telemarketing calls, and poor support for the company’s sales employees.

Despite the frequent negative feedback from merchants, Appstar Financial does not appear to have changed its practices significantly in the years that we have been covering it. For the past few years, the company has maintained its “D” rating.

Eliot Management Group is one of First American Payment Systems’ more active resellers, and its reputation mirrors that of its parent company. According to merchant complaints, an employee “hiring mill” churns out poorly trained sales reps who are motivated to sign merchants up for extremely expensive contract terms. These terms are said to include a three-year contract with a $495 termination fee and the possibility of leasing equipment.

Eliot Management Group is not necessarily a worse choice than other First American Payment Systems resellers, but it has had a consistent complaint rate on CPO for long enough to be a good representative of that group of companies.

Electronic Merchant Systems is a merchant account provider based in Ohio that appears to be a division of the Francis David Corporation. The company has received a moderate number of complaints about hidden fees and contract terms from merchants and employees. It has an 18-month standard contract, but there is a $595 termination fee and long-term equipment leases are occasionally involved.

Electronic Merchant Systems was the subject of a Consumer Financial Protection Bureau complaint in 2015 regarding the company’s facilitation of a “phantom debt” scheme. Due to the CFPB’s noncompliance, a federal judge dismissed this case in 2017.

Electronic Payment Systems, based in Englewood, Colorado, has been in business for nearly 25 years. After a sales representative outright lied to us when we called them posing as a merchant, the company initially received a poor rating on CPO. It has since maintained a consistent rate of complaints and has never truly crawled out of the hole it dug with that initial interaction. EPS offers a one-year contract that, if not for the attached liquidated damage termination fee, would be somewhat competitive in the industry.

What Credit Card Processing is Best?

Who is the Biggest Credit Card Processor?

The volume of secondary credit card purchases in 2020:

Who is the Largest Credit Card Processor in the US?

Chase Paymentech, the payment processing arm of the United States’ largest bank, authorizes and processes payments in over 130 currencies. It, too, provides analytics, fraud detection, and security solutions.

Who is Square’s Biggest Competitor?

Is Square Owned by Apple?

Block, Inc. is a multinational technology conglomerate based in the United States that was founded in 2009 by Jack Dorsey and Jim McKelvey and launched its first platform in 2010.

PayPal Holdings, Inc. is a multinational financial technology company based in the United States that operates an online payments system in the majority of countries that supports online money transfers and serves as an electronic alternative to traditional paper methods such as checks and money orders. The company charges a fee to act as a payment processor for online vendors, auction sites, and many other commercial users. PayPal became an independent company again after eBay spun off PayPal to its shareholders in 2015.

Does Square Charge a Fee?

For contactless payments, swiped or inserted chip cards, and swiped magstripe cards, the standard processing fee is 2.6% + 10. Payments that are manually keyed in, processed using a Card on File, or manually entered using Virtual Terminal are charged a fee of 3.5% + 15.

What is considered a high risk merchant?

Can you have more than one credit card processor?

Furthermore, utilizing multiple payment processors can assist businesses in saving money on transaction fees and exchange rates. However, there is no one-size-fits-all answer to whether your business can or should have more than one credit card processor.

How does a payment processor make money?

A monetary value for each transaction completed: The payment processor (who may also be your merchant bank) earns money by charging an authorization fee every time you process a transaction (whether it’s a sale, a decline, or a return).

How To Track Shares In Unlisted Companies 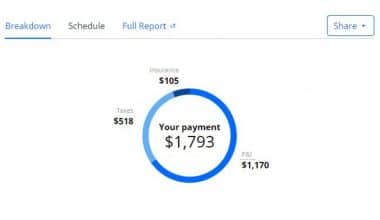