It’s important to pay attention to the ten-year Treasury yield. Whether you want to invest in the stock market, buy a house or a car or borrow money to build a company, the ten-Year Treasury rate exerts its influence on all. However, the Ten-year Treasury yield is an economic indicator that provides information about investor confidence and how strong the stock market is. Yield patterns are crucial to understanding how today’s ten-year treasury yields cope as compared to history. Read further to understand more about the ten-year yield treasury chart, and quote.

Ten Year Treasury Yield History in the US

The U.S treasury yield sells bonds through an auction. Also, the yields are set through a bidding method. Rates for the ten-year drop as yields increase when assurance is high. This is because investors feel there is no need to play it safe. Therefore, finding higher returning investments elsewhere.

Meanwhile, when confidence is low, the bond prices will rise and yields fall, as there is more demand for this safe investment. This trust aspect is also felt outside of the U.S. The geopolitical circumstances of other countries also affect the U.S. ten-year treasury yield chart.

Treasury bonds are low-risk investments since they have the backing of the US government’s faith and credit. Naturally, those who buy treasury bonds lend the US government money. And as a  reimbursement for the borrowing, the government pays interest to the investors as the cost of borrowing. The ten-year treasury yield chart is the benchmark used to decide mortgage rates across the U.S. However, the market forces determine the return on capital necessary for stockholders to lend the government money.

According to history, all U.S. ten-year treasury yield securities are regarded as risk-free since they’re backed up by the full faith and credit of the United States government, which has never defaulted on its debts.

Chart of the ten-year Treasury yield from March 2019 to March 2020 steadily declined with intentions that the Federal Reserve would maintain low-interest rates or cut them further. In late February 2020, the decline in yield revved among growing concerns about the economic effects of the COVID-19 pandemic. As the Federal Reserve ordered an emergency rate cut of 50 basis points in early March, the decline of the ten-year treasury yield chart accelerated even further, with the yield dropping to 0.32%, a record low, before rebounding.

The ten-year Treasury yield climbed from mid-2020 to early 2021. Although the yield has recently declined, it’s still much higher than where it was at the beginning of the year.

The climb indicates Wall Street’s optimism about economic recovery as the COVID-19 vaccine continues to be distributed, says Jeffrey Hibbeler, senior portfolio manager at Exencial Wealth Advisors based in Huntersville, North Carolina. Back when yields were lower, investors turned to other investment options like stocks to seek higher returns. More recently, the rise in yield levels is likely driving volatility in stock prices.

An inverted curve is an abnormal sensation in which the yields on short-term bonds become higher than those on long-term ones. When investors demand more return in the short term than in the long run, they think the economy is heading for a slump.

The ten-year treasury yield quote tells the bond trader whether the bond is currently trading at a discount or premium compared to other bonds. Purchasing a bond on a net yield basis means the yield also includes the broker’s profit or markup for executing the trade.

Ten-year Treasury yield quote is so closely observed, and the knowledge of their historical patterns is crucial to understanding how today’s yields fare as compared to historical rates. Using the U.S. treasury yield website, investors can easily analyze the history of ten-year treasury yields.

Treasury bills have a set interest rate and the highest bidder gets to buy them at the maiden auction. Meanwhile, whenever there is a large security market, the pricing will be bid up over its face value. However, the government only repays the instrument’s face value at maturity, thereby lowering the yield. A bondholder with bonds worth $10,000 will only get $10,000 back when it matures. On the other hand,  when there is a fall, consumer and corporate lending rates decline.

Likewise, if the market for treasury bonds falls, Treasury yield rises to compensate. However, when demand is minimal, investors will just pay below average. This nevertheless enhances the investor’s yield. This is because he can buy the bond at a discount price and get the full face value back at maturity. So because the government pays greater interest rates to attract more potential buyers in future auctions.

Each treasury security has a unique yield. Normally, longer-term Treasury bonds yield more than shorter-term Treasury bonds. The short maturity of treasury bills makes them the lowest yielding among the T-notes and T-bonds. The 3-month T-bill yield is 0.711%, the ten-year is 2.628%, and the 30-year is 2.624%, while the 5-year US government bond stands at 2.7% as of April 5, 2022. Meanwhile, all of these yields are available on the Treasury’s website daily.

There are good reasons to consider before investing in treasury. There’s no securer investment anywhere. Voucher payments provide guaranteed income, which makes your investment safe regardless of what happens in the economy or the financial markets. However, Ten-year notes can offer a settlement between the extremely low payouts on T-bills. As a bonus, most government bonds are not subject to state and local taxes, though you will still owe federal taxes on any income you earn.

As an Investor, you should aim at having some amount of bonds or other fixed-income investments in your asset allocation to enhance portfolio diversification. Therefore, fixing income on treasuries may be very easy for you to have a home in your investing process. Also, how many spots you allocate for them depends entirely on your age. A younger investor with a long-term horizon should have a much lower allocation to fixed income, particularly low-interest government bonds, than an investor who is much closer to retirement age.

For people in retirement, the allocation to bonds should be very high with a mix of higher-yield bonds that can generate an income stream with lower-yield bonds for capital preservation. However,  Many retirees, particularly those who work with a financial advisor, can benefit from laddered bond portfolios that incorporate a variety of maturity dates to create a continuous stream of income.

Currently, Treasury auctions are a potential catalyst, as traders tactically set shorts or curve-steepening positions ahead of the sales. The cycle includes a $50 billion three-year note auction Tuesday, a $37 billion ten-year note Wednesday, and a $23 billion 30-year bond Thursday.

The current ten-year yield rose as much as three basis points Monday to the highest level since January 2020, following a deeper selloff in European government bonds.

The treasury yield quote also influences the rate at which companies can borrow money. When the Ten-year yield chat is high, companies will face more costly borrowing costs that may reduce their ability to engage in the types of projects which lead to growth and creation.

Furthermore, the ten-year Treasury yield quote impacts the stock market, with activities in yield creating volatility. Rising yields signify that investors are looking for higher return investments. However, it could also scare investors who fear that the rising rates draw capital away from the stock market. Falling yields suggest that corporate borrowing rates will decline, making it more comfortable for companies to borrow and expand.

International affairs can also have a significant impact on U.S. government bonds which are considered the safest investments anywhere in the world. According to history, a ten-year treasury yield is often in high demand from international investors, leading to lower yields when geopolitical events create disruption.

Investors are influenced by economic factors. The rise and fall of prices of the bonds are related to the age of the bonds, as well as demand. Investors are always looking for the highest returns. When new bonds are issued at higher rates, prices fall for existing bonds, because the demand for new bonds increases, but when new issue bond rates are low, investors demand existing bonds that have higher rates.

When there is a lot of demand, investors bid at or above the face value. In that case, the yield is low because they will get a lower return on their investment. It’s worth it to them, though, because they know their investment is safe. They are willing to accept a low yield in return for lower risk.

When demand for T-bills fluctuates, so does the supply. The federal government can increase or reduce the supply as part of its monetary policy. The government can use capital to fund initiatives, for payroll, or to service debt. When the U.S. government has a budget surplus as it did according to the history between 1998 and 2000, the ten-year Treasury yield has less need for borrowed money. It will issue fewer Treasury yield notes and bonds.

Raising money, bonds, and their proposed interest rates influence financial markets. The Federal doesn’t control long-term rates. However, it controls its policy regarding short-term rates. Also, sets the basis for yields on government bonds with longer adultness. The Fed uses monetary policy to control inflation or other economic swings.

Inflation tends to raise interest rates and bond yields. The cause of the high yields of the late 1970s and early 1980s was the high inflation at that time. However, that led U.S. Federal Reserve Chairman Paul Volcker to raise short-term interest rates during the early 1980s.

During those periods of high inflation rates, the real yield you receive is lower than it appears. As inflation rises, bond yields go down. When inflationary pressures emerge, treasury yields move higher as fixed-income products become less desirable.

What was the highest yield on a ten year Treasury?

How do I buy a 10 year Treasury bond?

You can buy treasury notes directly from the U.S. Treasury or through a bank, broker, or dealer.

Are Treasury bills a good investment?

T-bills are one of the safest investments, but their returns are low compared to most other investments. In general, T-bills may be suitable for investors who are nearing or in retirement.

ESCALATION CLAUSE REAL ESTATE: Why And When You Should Use It 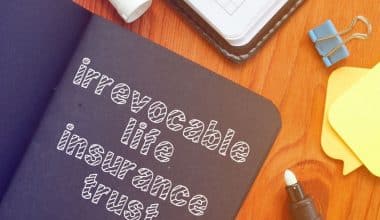 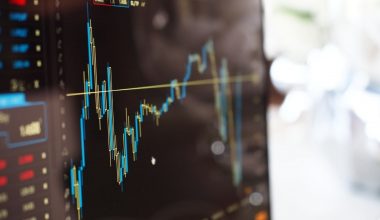 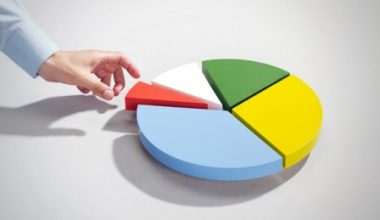 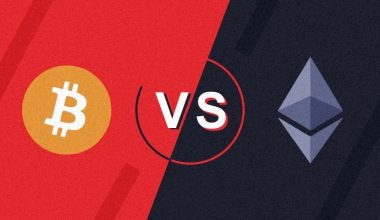