If you’re young and unfit or not eligible for good rates from an insurer, whether it is due to a preexisting health condition or for any other reason, a voluntary AD & D may be the best option for you.

The policies are guaranteed because of their terms so there will be no need to go through medical check-ups in order to purchase policies.

Learn more about the Voluntary AD & D insurance and what makes you eligible as you read through this article.

What is Voluntary AD & D?

Voluntary AD & D stands for (Accidental Death and Dismemberment) and is a kind of health insurance that provides the beneficiary with cash when the cause of death is an accident or there is a case of dismemberment of the insured.

It is generally less expensive than full life insurance because it strictly covers accidents. Besides, the probability of dying from an accident is significantly lower than dying from natural causes or ill health.

According to the World Health Organization (WHO), the top three leading causes of death in the world are cardiovascular (ischaemic heart disease, stroke), Respiratory (chronic obstructive pulmonary disease, lower respiratory infections), and neonatal conditions – which include birth asphyxia and birth trauma, neonatal sepsis and infections, and preterm birth complications).

Voluntary AD & D is known as double indemnity and this means that it may pay a benefit equal to or multiple of the regular insurance’s face amount.

The Voluntary AD & D insurance cannot be used as an alternative option to life insurance or disability insurance because it has a lot of boundaries and low coverage.

It generally covers incidences that are very unlikely to happen and it is used mostly by workers in vocations that place them at very high risks of being physically injured.

This insurance is added by employers as a benefits insurance offer to their staff. So if your employer offers it to you for free, there is no harm in going for a voluntary ad & d.

You may have the voluntary ad & d included in your life insurance policy in the form of a rider. If this is the case, there’s probably no need to purchase additional policies.

Furthermore, the voluntary ad & d can be used as an addition to life insurance policy and it will not pay the benefits if the insured dies of natural causes or of ill health.

The entire process of collecting the benefits of a voluntary ad & d can be quite tedious and time-consuming. The insured may even be required to undergo an autopsy for the insurance company to confirm the cause of death before the benefits can be released by the issuer.

This is in line with investigating the death so as to confirm that they (the insurance company) are not being scammed. They want to ensure that the death of the insured is a direct effect of an accident and is independent of any other causes.

READ ALSO: WEDSAFE: Is This Wedding Insurance Legit or Scam?

How does the Voluntary AD & D Work?

Usually, the benefits that one is supposed to get from this insurance are not supposed to exceed a particular amount. Most insurers cap the amount that is payable under these conditions.

The Voluntary ad & d is not an investment, and this means that the insured is paying only for sustained protection. Many policies will have to be renewed from time to time, though the consent of the insurer is almost always assumed to be given.

There are a few exceptions in the Voluntary AD & D. Various insurance companies maintain a list of a few situations where the benefits of the voluntary ad & d cannot be claimed and they make sure that their clients are informed of these exceptions.

Some of them include death under the influence of any non-prescribed drugs or alcohol, overdose with any toxic or poisonous substances, and injury of an athlete during a professional sporting event may make the right to claim benefits void.

Although some insurance companies may add some of these to be claimable. The result of that would be an increased premium rate.

Voluntary AD & D holds a schedule that writes in detail, the terms and percentages of the various benefits and cover special situations.

Typically, death must happen within a set period of time, such as a few months to a year after the accident to be considered as an event that would be covered by the insurance.

People are always advised to read the insurance terms properly so as to understand the limitations of the insurance. This is to avoid them from making decisions when they do not fully understand what a voluntary ad & d is all about.

What is Covered by Voluntary AD & D Insurance?

The voluntary accidental death and dismemberment insurance ordinarily covers occurrences that cannot be predicted, such as homicides, falls, traffic accidents.

They also cover dismemberments including loss of speech, hearing or sight, loss of the limbs, they could even cover paralysis. Injuries caused by machines in the workplace may also be covered by voluntary ad & d insurance.

What isn’t covered by the Voluntary AD & D Insurance?

The voluntary ad & d will not include coverage for accidental deaths and dismemberment resulting from the following:

When a person purchases a voluntary ad & d insurance, it has a face amount such as $200,000. But the policy won’t pay the full amount for all covered accidents. Rather, this sort of insurance has two payment methods:

A few policies could pay extra benefits for injuries or for deaths due to accidents that occurred from taking a bus, taxi, or plane as a passenger that paid fares.

But if the insured involved in an accident dies from an infection that was contracted in the hospital, the policy would not pay.

Pros and Cons of a Voluntary AD & D Insurance Policy

As much as the Voluntary AD & D insurance seems like a good option in some cases, there are some downsides associated with it. Let’s take a look at them below.

Below are a few merits of the voluntary ad & d insurance:

The things covered in the voluntary ad & d which are accidental deaths and dismemberment are things that rarely occur.

More so, the fact that they rarely occur makes the Voluntary ad & d very cheap compared to full life insurances. This makes it a very attractive offer for employees.

This insurance appeals to a majority of young workers since they are more likely to die from accidents than from illnesses or natural causes.

The benefits from Voluntary AD & D could help workers get back some of the income they lost if she or they lost a limb, sight or hearing in an accident while working and couldn’t work.

More so, this insurance is very valuable to employees whose work depends on their physical capabilities to carry out functions.

Voluntary ad & d can be offered to employees as an insurance scheme on its own or it could be offered alongside life insurance as one of its benefits.

In this case, the voluntary ad & d makes available double indemnity or twice the death benefit, to the insured’s beneficiary.

The downsides to the Voluntary Ad & d insurance includes;

The voluntary ad & d has some limitations that are very important. For instance, a large number of voluntary ad & d insurance policies do not pay the benefits if the insured dies during surgery. Has a mental or physical injury, has a bacterial infection, hernia, or dies as the result of a drug overdose.

This is why voluntary ad & d insurance is not a suitable substitute for life insurance. Policies also do not include death or dismemberment that are a result of war.

A few financial experts are of the opinion that voluntary ad & d is not a good investment as the conditions which they cover rarely occur.

However, if the head of a family dies in an accident, voluntary ad & d benefits can help the family keep their financial status afloat while they look for ways to recover fully.

The same goes for when a young person loses a limb or sight or hearing in an accident. Voluntary ad & d can help the person recover whatever funds were lost or will be lost in the process.

If the policy was purchased by your employer, then it may not be portable. This means that if the insured leaves the employer, the insurance can no longer be claimed by the insured.

For us to properly differentiate between the two of them, we have to define the term Life Insurance.

Life insurance is a contract between an insurance policyholder and an insurer or an assured. Where the insurer promises to pay a designated beneficiary a sum of money in exchange for a premium, upon the death of an insured person.

This kind of insurance covers the death of an insured person no matter the cause of death. Whether it’s by illness, natural causes, accidents, or other causes except for suicide. Life insurance doesn’t cover death by suicide.

If the intention on getting insurance is to ensure your life in order for your family to receive benefits when you die, then life insurance is the best option.

It usually has a term (time period) and if you die after the term ends, there are no benefits given to your family. The length of the term is usually between 10 to 30 years.

In life insurance, it is possible to renew your policy after it has ended but this time the rates would be higher because you will be older.

They’d even get higher if they discover that you have developed new health conditions such as diabetes, heart problems, etc.

The differences between the two are the events they cover and their limitations.

It is best to understand the extent of your voluntary ad & d insurance before making critical decisions.

I hope this article helps you.

Is voluntary accidental death and dismemberment insurance worth it?

Is AD&D insurance worth it? If you can get group coverage for accidental death and dismemberment, then it’s worth having, especially if there’s no cost to you for the premium. But you likely don’t need to buy your own individual AD&D policy, especially if you have term life insurance and disability insurance.

Can you claim both life insurance and AD&D?

When adding an AD&D rider, also known as a “double indemnity” rider, to a life insurance policy, the designated beneficiaries receive benefits from both in the event the insured dies accidentally. Benefits typically cannot exceed a certain amount.

What is a voluntary life plan?

Voluntary life insurance is a financial protection plan that provides a cash benefit to a beneficiary upon the death of the insured. It’s an optional benefit offered by employers. The employee pays a monthly premium in exchange for the insurer’s guarantee of payment upon the insured’s death.

Cheap Domain: 10 Best Sites To Register Domains In The UK 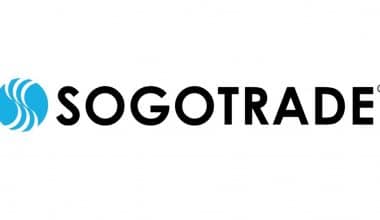